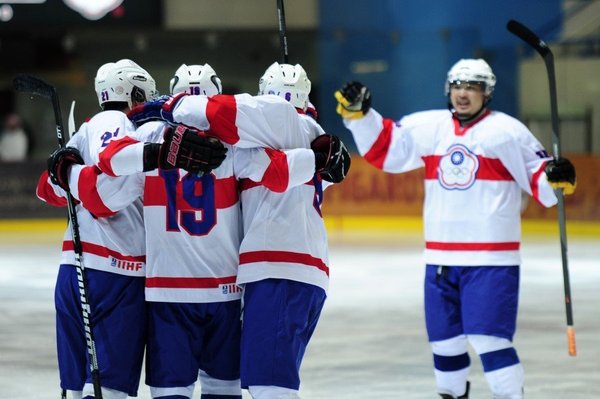 (Editor’s note: The following is the first in an ongoing series of lesser known hockey countries by Steven Ellis.)

With South Korea participating at the 2018 Winter Olympics, there’s more interest than ever in ice hockey in Asia. Considered to be an untapped market for most of the sport’s lifespan, Asia has had very few hockey powers throughout history. But that doesn’t mean that hockey isn’t actually thriving in the continent.

While most people in North America argue about whether or not the NHL should have teams in Arizona or Florida, the sport actually is seeing some growth in areas such as Bahrain, Indonesia and Uzbekistan. Of course, you know about countries like Russia, Japan and Kazakhstan playing amongst the big boys in the international scene, but who’s a team that really doesn’t get the attention they deserve?

The Chinese Taipei, and they’re ready to become one of the biggest risers in the sport.

Hockey in the Chinese Taipei has a very strange history, to say the least. The team first hoped to make their debut performance at the 1987 Group D World Hockey Championships, the lowest division of the tournament back in the day. It was a gong show throughout, with Australia beating New Zealand 58-0 in one of the games while scoring 177 goals in a six-game span.

If you look at the game fixtures, Chinese Taipei played four games, tying Hong Kong 2-2 before getting completely blown apart from the other teams. But if you look at the standings, they never actually were listed.

Funny enough, the Chinese Ice Hockey Federation wasn’t so pleased with the team existing. If you didn’t know, Chinese Taipei is actually Taiwan, and China didn’t really want to recognize them as their own power in sporting events. They did everything in their power to make sure Taipei couldn’t participate in the tournament, and while the IIHF would still allow them to play, they counted their games as friendly exhibitions instead of actual tournament matches.

For 13 years, nobody would ever hear from the team again.

Heading into the 21st century, people in the country began showing a renewed interest in the sport. In fact, the team returned to action for the first time since their lengthy nap to participate in the 2000 IIHF Under-18 Asian-Oceanic World Hockey Championships. The team was strong in their first two outings, grabbing the silver medal in 2000 and 2001 in the final two years that the Division II tournament took place. The team moved up to Division I for the final year of the Asian-Oceanic tournament, finishing fifth of six teams in a tournament that saw multiple 20+ games in the week-long event.

The tournament disappeared in 2003, and with it so did their international effort once again. Some of the junior players would graduate to the men’s team, who, despite the U18 team making a short three-year appearance, had remained doormat. That all changed when the team played three friendly matches with Hong Kong and Thailand, losing 6-2 to the former. Thailand, however, proved to be a little weaker, with Taipei taking them down 5-3 on March 7th, 2005 for their very first ever ice hockey victory at the men’s level. They’d go on to beat Thailand 11-4 before the year was over, giving them their second victory and a bit a confidence for the future.

They didn’t know it yet, but the best years were soon upon them.

The men’s team took part in the very first Challenge Cup of Asia, a tournament that was set to help improve the quality of hockey in the continent where there was very little room for development. Taipei once again took down Thailand, but only by a mere two goals in a 3-1 victory to open up the tournament. The team then saw disappointment, losing 2-1 in a hard-fought battle with their rivals from Hong Kong later that same day.

But then the wins kept rolling in. The nation narrowly beat Singapore 2-1 the day after, only to absolutely blow Macau out of the water. The team then went on to Malaysia 5-2 in the final game, giving them the points necessary to win their very first gold medal while playing with the best players to ever suit up for the nation.

Things were looking bright for them.

The country began fielding a U18 and U20 team in the years to follow, helping continue their development. But then, of course, they had to skip the 2009 Challenge Cup tournament, which, in reality, didn’t really hurt them that much. In 2010, with the tournament now officially recognized by the IIHF, Chinese Taipei hosted the event for the very first time, a tournament that they simply couldn’t be stopped in.

From 2013-2016, no other team has been able to dethrone Taipei as the top hockey nation at the Challenge Cup of Asia. Specifically, no goalie has had any luck against To Weng, who has 62 points in just 20 games for the team in CCoA action. Five players have participated in 20 games with Taipei, with the team failing to show any struggles in recent years.

The country also has a small, yet competitive domestic league, which is important for the success of any small nation. This past year, the Taipei Broncos beat the Taichung Lightning for the league championship. A good portion of the national team comes from the Taipei Silver Monsters, led by Weng’s offensive instincts.

What’s in the future for the team? The team will feature in the 2017 Asian Winter Olympic Games, which could feature in the ballpark of 20 teams. It’s unclear what type of roster teams like Kazakhstan, Japan and South Korea will feature, but it would be wrong to think that Chinese Taipei couldn’t go far in the tournament, which is seen to be as a huge stepping stone for the future of Asian ice hockey. Rumor also has it that they’ll meet up with the United Arab Emirates to decide who’ll get a spot in Division III for 2018.

Whether or not that ends up happening is unsure, but if they do decide to go to the World Championships at some point, watch out.