Daniel Sedin knows the World Cup of Hockey may be his final chance to represent Sweden at a best-on-best tournament along with twin brother Henrik.

With that in mind, there’s no shortage of motivation for the 35-year-old Vancouver Canucks forwards heading into Sunday’s semifinal meeting with Team Europe.

”We realize as we get older there’s not going to be a lot of these tournaments moving forward,” Daniel Sedin said. ”We don’t know about the (2018) Olympics yet, but we’re enjoying this. We’re having a lot of fun and getting a chance to play in the semifinals, it was tough getting here.

”We’re enjoying every day and we’ll have some fun on Sunday.”

The last time Sweden won gold at a best-on-best tournament was the 2006 Olympics in Turin. Sweden lost to Canada in the gold medal game at the 2014 Sochi Games.

Sweden won its round-robin opener at the World Cup 2-1 against Russia on Sunday and blanked Finland 2-0 on Wednesday before falling 4-3 in overtime to Team North America on Wednesday.

The Swedes are hoping to learn from their loss against the Under-23 team moving forward. They were thoroughly outplayed early, quickly going down 2-0 before rallying to force overtime.

”I think we can definitely learn (about) being ready when the puck drops, those first 10 minutes were pretty embarrassing from our part,” said defenseman Niklas Hjalmarsson. ”The Europeans have some speed in their lineup as well so we have to be ready when the puck drops. We weren’t ready for Team North America, but somehow we managed to a big comeback there.”

After losing the first two pre-tournament games by a combined 11-4 score to the North Americans, Team Europe bounced back to defeat Sweden 6-2 in its final tune up game.

”They surprised us a little bit in the exhibition game, but they won’t surprise us on Sunday,” Sedin said. ”They wait for you to make mistakes, and then they create offence from that. We’ve got to be careful on Sunday. We can’t just go on offence like we did in that pre-tournament game.

”I think our defense was jumping a little bit too much and got too involved in the offense. I think we have to respect their forwards.”

Team Europe, made up of players from eight different countries, stunned the Americans 3-0 in the tournament opener and defeated the Czechs 3-2 in overtime before falling 4-1 to the Canadians on Wednesday.

European captain Anze Kopitar pointed to the second period of the pre-tournament game against Team North America in Montreal as the turning point for the team of players unfamiliar with playing with one another.

”I think the first period in Montreal really opened our eyes and we really showed ourselves how we don’t want to play,” Kopitar said of the second pre-tournament game. ”After that, we kind of realized how we have to play: smart (and) with a lot of patience, there’s no flash to it. We’re playing a boring style of hockey, but it’s turned out to be a pretty successful one so we’re obviously proud in doing that and we’re going to continue doing that.”

The winner of Saturday’s Canada-Russia semifinal will play the winner of Sweden-Europe in a best-of-three final beginning on Tuesday. 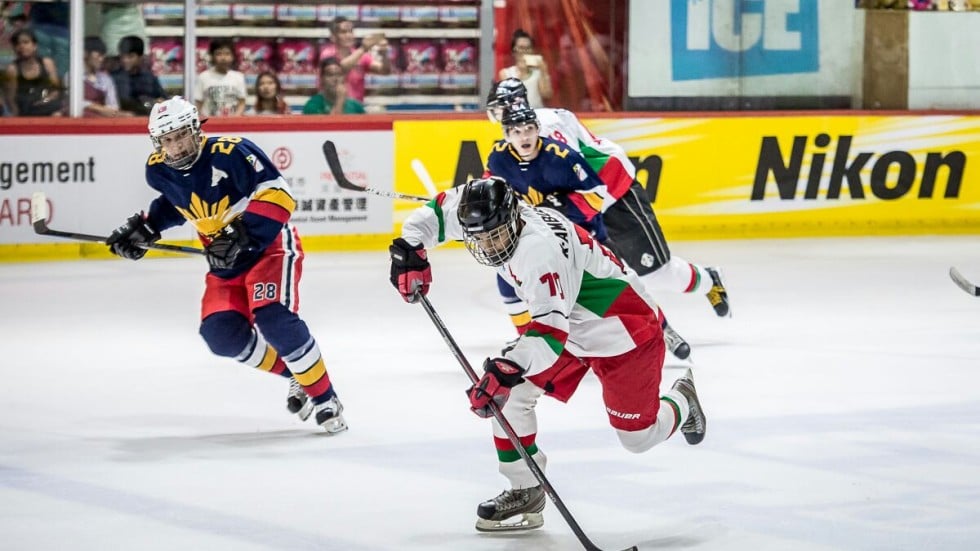 The BOCI-Prudential Asset Management 2016 HKAHC Invitational Amateur Ice Hockey Tournament was successfully held over the weekend at Mega Ice, MegaBox.  9 teams from 8 countries/districts joined to battle for the Gold Medal in the Gold Cup, Silver Plate and Bauhinia Divisions.

Captain of Mitsubishi, Shodai Noguchi, says “We played against Pilipinas in earlier rounds, and their defense tactics definitely improved since our last match, it was a really tough game.  The scores were really tight throughout the game and Pilipinas tied the game in the last two minutes of the game.  We gave it all we’ve got in the overtime period and finally won the Gold Medal, the whole team is really excited.”  Kazuya Matsumoto, Mitsubishi Corporation player who scored the winning goal, is ecstatic about the results, “I joined this team last year and haven’t scored any goals for the team yet, I’m happy that my first goal for the team was to help win the Gold Medal!  This will be a tournament to remember!”

Chairman of the Hong Kong Amateur Hockey Club, Mr. Thomas Wu, is happy to bring this high level tournament to local fans each year, “The tournament gathers many strong teams in Hong Kong and is a great opportunity for Hong Kong players to gain more game experience.  We hope to continue this tradition and build the invitational tournament into an influential sports event in the future.”