Young and Hungry: Yegor Korshkov, preparing in the KHL

Most children dream of meeting professional hockey players. Yegor Korshkov was the child of one. His father, Alexei Korshkov, played for multiple teams over the course of his 18-year career and finished with 264 points. The young Korshkov is on track to beating his father’s record in the next few seasons.

Born in a city of almost 1.5 million people can make it difficult to stand out. Yegor Korshkov had no problem doing just that on the ice. His career started in the Russian city of Novosibirsk, but he moved to Kazakhstan where his father was playing, beginning in 2004. In 2012, he entered the Lokomotiv division, which was struck by the tradgic plane crash only a year earlier. While playing for Lokomotiv Yaroslavl, he has only recorded 33 points, but he’s only in his third season.

He was overlooked in 2014 and 2015 at the entry draft, but he was finally picked up by Toronto in 2016, going in the second round, 31st overall. While I don’t think that he will have a debut like Auston Matthews, he will still be one to watch.

His confidence and control of the puck make him draft-worthy, but there are a lot of players who are good with the puck. He has the potential to be on a Cup winning team if the Leafs ever decide to trade him (kind of kidding), but he needs to make improvements on himself, the most important being his size. If he added a little more muscle, he would be a strong contender for any of the league’s best. Having said that, the NHL is more accepting of the smaller framed skater these days.

According to The Cannon, Korshkov is a perfect blend of what makes Russian players great.

“[Korshkov] has all of the attributes you would expect from a Russian prospect: solid skating, excellent puck skills and excellent awareness on the ice,” said Jeff Little.

He proved that he has what it takes to play against the best in the world when he left the World Junior Championships with eight points in seven games, which apparently led to several NHL teams approaching him, but he declined them because he wanted to increase his ice time with Yaroslavl and continue with the KHL, as his contract ends in 2018.

So what’s the verdict?

He’s there, but he’s not. I think that right now, his best bet is to stick with the KHL and become more consistent with his scoring. He has the experience and the skill set, but some more time in his own league will do him a world of good. For now, we will continue to follow his success in the KHL and hope that he is able to continue to do big things, come 2018.

5 players to be excited about during the world juniors

No Nolan Patrick, no problem.

Sure this year’s edition of the world juniors will not include the early consensus first overall pick in next year’s draft, but there are still many intriguing names to keep you glued to the television this holiday season.

This year’s crop will see a star-studded cast highlighted – primarily – by players who have already heard their names called out on draft day, but that just means we have proven young talent to gaze upon. 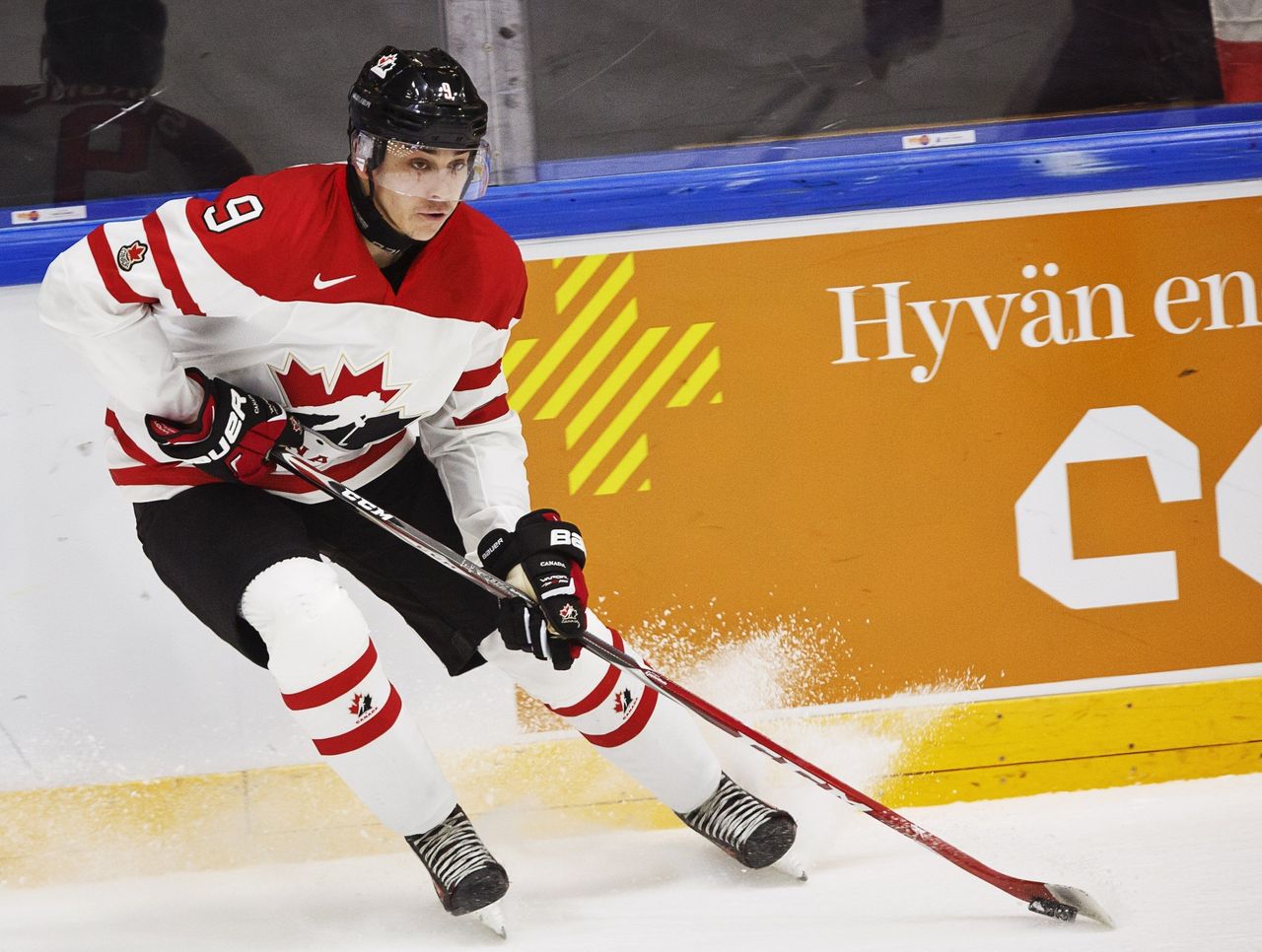 Dylan Strome was arguably the best player on a Team Canada squad that struggled immensely last year. Strome put up four goals and two assists in five games – not too shabby.

This season the Arizona Coyotes‘ first-round pick was expected to remain with the Coyotes, but after seven games and just one goal, he now finds himself back with the Erie Otters, where he’s making a mockery of his competition.

Strome has 15 points in six games in the Ontario Hockey League. This year’s tournament will allow him to face stiffer competition as he looks to prove he belongs back with the big club. 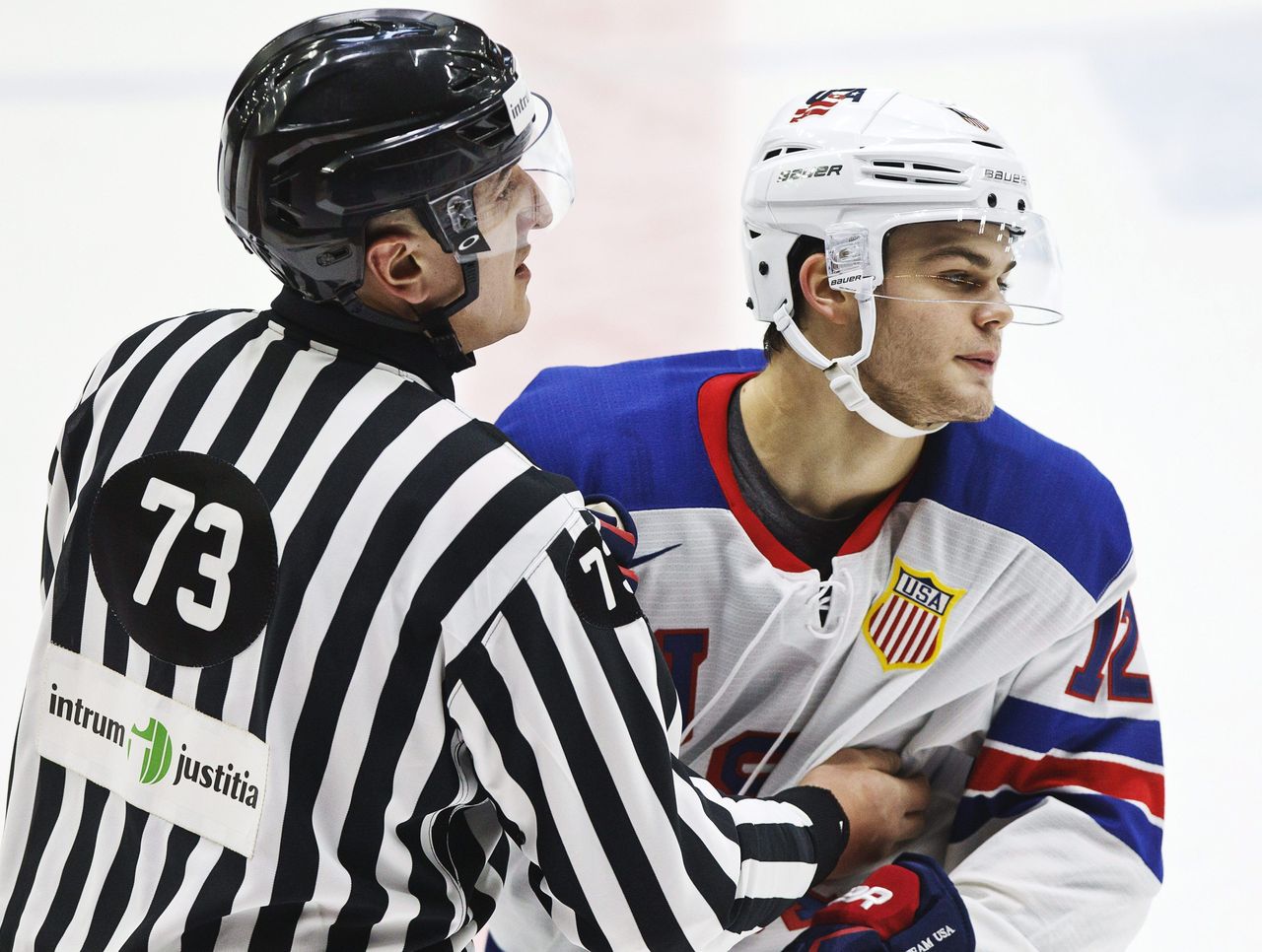 The 18-year-old American was ejected in his first game of the tournament for spearing Canada’s Travis Konecny. He was injured in his second contest after taking an awkward ride into the boards against Sweden. In all, DeBincat played just five games and scored a single goal.

The Chicago Blackhawks draftee is having another strong junior campaign with 28 goals and 56 points through 26 games, but it will be interesting to see if he can finally bring his offensive touch to the world stage. 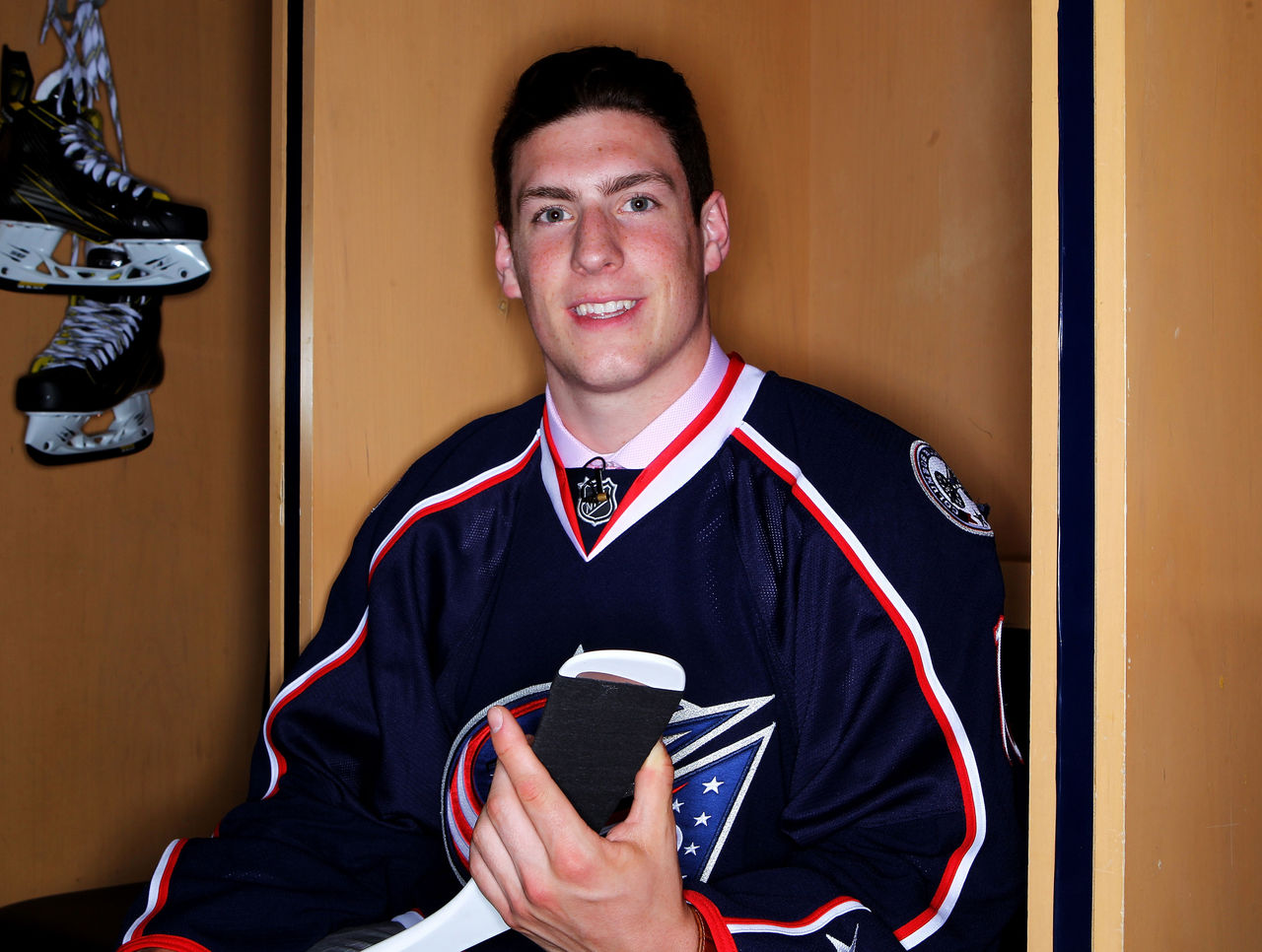 The man who the Columbus Blue Jackets drafted over Jesse Puljujarvi in June should be a lock on Team Canada.

Yeah, it’s still surprising to some that the Blue Jackets elected to go with Pierre-Luc Dubois, but they did, and now the towering forward will have the chance to showcase his talents against the world’s top junior players.

This tournament could be more important to Dubois than any of the other candidates on this list. The 18-year-old failed to crack the Blue Jackets’ lineup out of training camp and since returning to junior has not produced like he did a season ago.

After posting 99 points in 62 games last season, the Cape Breton Screaming Eagles forward has just 18 points through 20 games. So what better time to get back on track than while wearing the red and white?

Not every stud in the tournament has his rights claimed.

Finnish forward Eeli Tolvanen will have not only the crowd’s attention, but many NHL scouts will also be keeping a close watch.

Tolvanen is currently playing with the Sioux City Musketeers of the United States Hockey League, where he sits fourth in league scoring with 14 goals and 24 points in 21 games.

The sophomore is improving on his nearly point-per-game rookie campaign and early on looks to be the next hot prospect out of Finland. He’s committed to Boston College next season, and will likely be more committed to bringing Finland back-to-back titles. 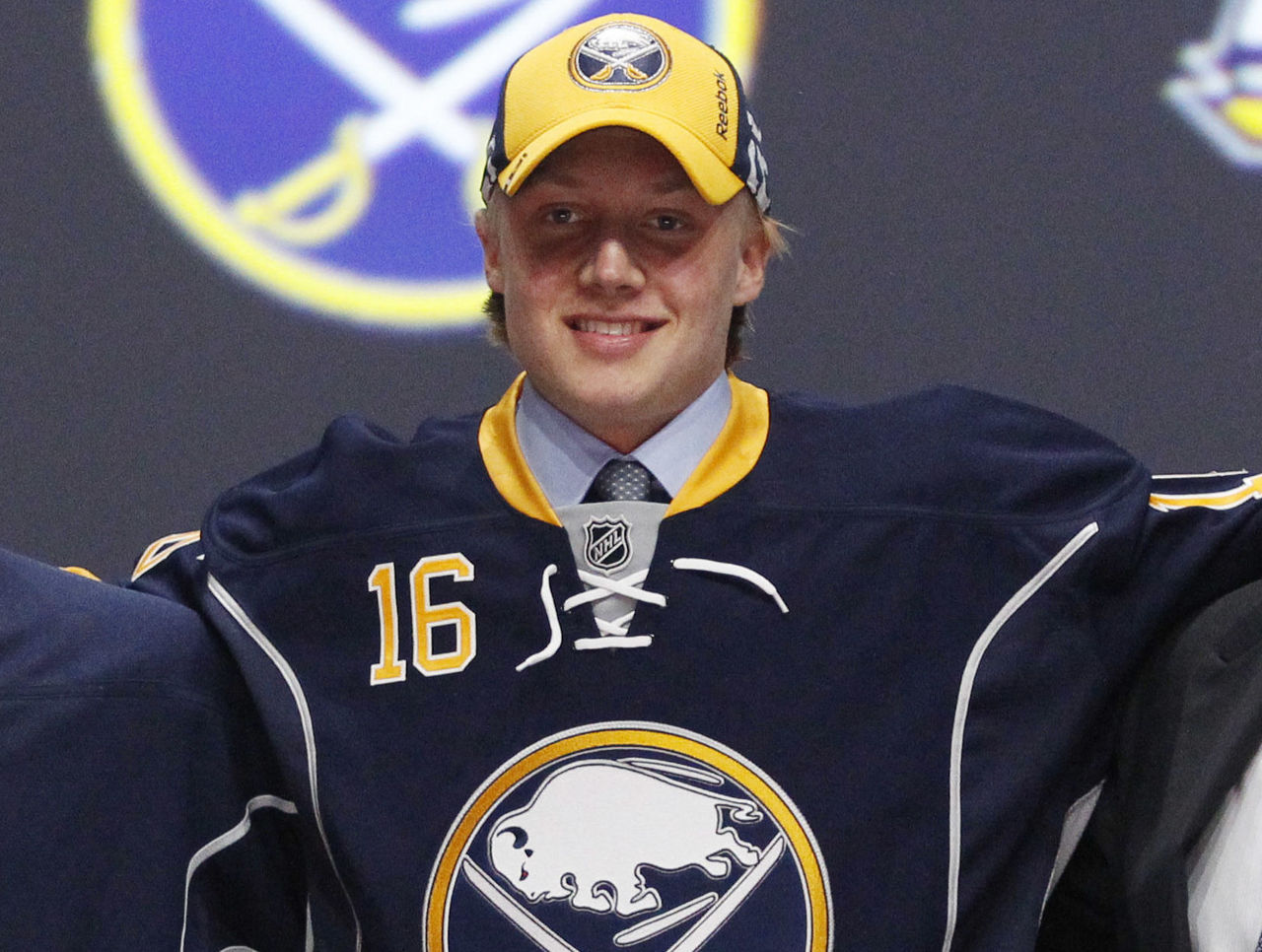 Alex Nylander certainly didn’t look out of place last season in his first taste of the world juniors.

The ‘ Buffalo Sabres‘ First-rounder shone with Sweden, totaling four goals and nine points in seven games. Fast forward another year and Nylander should enter the tournament with more tricks to his arsenal thanks to some fermenting in the American Hockey League.

Nylander is off to a stellar rookie campaign with four goals and 14 points in 22 AHL games. And with brother William no longer in the picture, expect Alex to take on more of a leadership roll with the club.