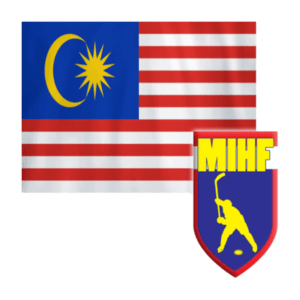 Ice hockey will be making its debut at the Aug 19-31 Kuala Lumpur SEA Games, but hosts Malaysia are unlikely to contend for the gold.

The national team have failed to shine in their first two assignments of the year, including the Interna­tional Ice Hockey Federation’s (IIHF) Challenge Cup of Asia (CCOA) in Bangkok last week.

Malaysia lost all their four games to finish last in the five-team competition.

They were handed a 1-15 thrashing by SEA Games favourites Thailand and lost 4-5 to neighbours Singapore. The other two defeats were 3-10 to the United Arab Emirates and 5-10 to Mongolia.

They only managed one win out of their three Division II matches — 13-2 against Indonesia — en route to finishing 15th overall.

Team manager Hisham Yahya admitted that it would be a tall order for Malaysia to win the SEA Games based on the team’s recent performances.

“We were without the services of our key players like captain Ban Kim Loke, vice-captain Khoo Seng Chee and Reezman Isa due to work commitments and injuries. But that’s not an excuse,” said Hisham, who is also the vice-president of the Malaysia Ice Hockey Federation (MIHF).

“With barely five months to go before the Games, there’s no way we can catch up with Thailand.

They are a class above the rest in South-East Asia. The best we can aim for is a silver and we’ve to battle it out with Singapore and the Philippines,” he added.

In the run-up to the Games, the MIHF will send the team for centralised training in Harbin, China, in July.

“Our team are severely lacking exposure. We have to get it elsewhere by playing friendly matches against professional clubs abroad.

“We opt for China as they are one of Asia’s big four in ice hockey. It’s cheaper too compared to South Korea and Japan,” said Hisham. 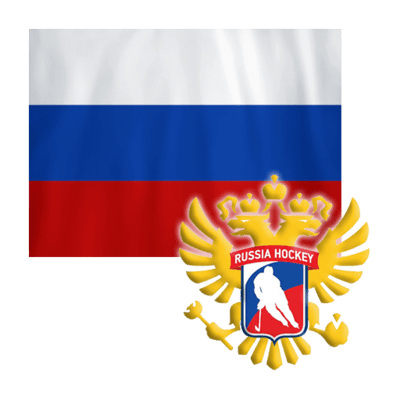 Today, we’re wrapping up our previews of the European teams with 2016’s bronze medalist, Russia. Last year, they beat Finland in a shootout in the bronze medal game, after playing scoreless through regulation. It was a very successful tournament for the Russians, so they followed it up this year by—leaving a full third of last year’s team at home?

Yes, in what would have counted as big news before the US Women’s National Team pulled the pin on the biggest women’s hockey story in years, Russia’s response to a bronze medal win in 2016 was to restructure their roster. When a team comes away from a tournament with as successful a result as could reasonably be expected, normally everyone’s job is pretty safe. The Russians replaced their head coach, and new coach Alexei Chistyakov — who coaches Tornado Dmitrov in the Russian WHL — replaced eight players. However, there are still some familiar faces on the Russian team—some of whom you might know from professional, rather than international, hockey.

Why Are Some Of These Names Familiar?

The Russians are bringing three women who’ve recently spent a year in a North American professional league. One of them is Iya Gavrilova, current Calgary Inferno forward and CWHL Rookie of the Year nominee. After winning a CIS championship with the Calgary Dinos, Gavrilova had an impressive debut season in the CWHL this year, notching 21 points in 20 games. The Inferno aren’t lacking offensive firepower, but Gavrilova’s quick, lethal shot proved to be a huge asset.

Gavrilova’s spent the past year playing with, and scoring on, members of the Canadian women’s team. She’s got the tools to put up some points this tournament.

Other familiar names might be Lyudmila Belyakova, who spent the 2015-2016 with the New York Riveters of the NWHL, and Yekaterina Smolentseva, who was with the Connecticut Whale of the NWHL the same year. Both Belyakova and Smolentseva went back to Russia this past season, playing in the Russian Women’s Hockey League—Belyakova for Tornado Dmitrov (under Coach Chistyakov), Smolentseva for Agidel Ufa. At 22, Belyakova is a young, rising star in Russian women’s hockey. She finished the year fourth in scoring in the league, with 53 points in 35 games. Smolentseva wasn’t very far behind her, at sixth overall with 49 points in 33 games. Neither of those women saw those kind of numbers in the NWHL—as any Russian NHL player can tell you, success in a North American league is dependent on many things other than pure skill—but they both obviously have the chops.

This goal of Belyakova’s from her year with the Riveters is a good example of what she’s capable of—she knocks the puck down on a good play in her own zone, ends up using her speed to retrieve her own pass, and beats the Beauts goalie with a nice move.

Are Any Of Those New Players Good?

An exciting new name on the roster is Anna Shokhina (not to be confused with defender Anna Shukina, who captained the 2016 Worlds team and is back this year). Shokhina is 19 years old, and currently captaining Tornado Dmitrov. She’s also currently leading the WHL in scoring with 81 points in 34 games, good for a slightly terrifying rate of 2.25 points per game. No one else on the league leaderboard is scoring above two ppg. Also, she is nineteen. This is Shokhina’s first senior championships since she debuted on the Russian women’s senior team at Sochi when she was sixteen.

Here are some highlights from the 2015 Universiade gold medal game, where 17-year-old Shokhina scored two goals (the last of which, at around 3:50 in that video, is off a really nice pass by none other than Iya Gavrilova). There’s a sad dearth of Russian women’s league video highlights, but if this is what Shokhina was doing at 17, I’m a little scared of her (in a good way).

They are also bringing back two out of their three goalies from 2016, including Nadezhda Morozova, their number-one goalie who had a shutout in the bronze medal game against Finland. The new(ish) face on the goaltending roster is Nadezhda Alexandrova, the starting goalie for Tornado Dmitrov (also under Coach Chistyakov—I am sensing a distinct theme). Both Morozova and the other goaltender, Maria Sorokina, have better save percentages in WHL play than Alexandrova—particularly Sorokina, who’s had a very solid year in net for Dynamo St. Petersburg. Alexandrova, however, has a history with the Russian women’s national team—she won a bronze medal at Worlds in 2013 with a splendid performance, before she took some time off to have a baby. We’ll see if Alexandrova makes it into a game in her first appearance on the Russian national team since winning bronze four years ago.

While a restructuring of a successful roster is, in some cases, an example of “if it ain’t broke, don’t fix it,” the bronze-medal team in 2016 wasn’t without issues. The Russians were a very low-scoring team last year—while they won bronze, they only scored eight goals in five games (shootout goals excepted). Only one player, Olga Sosina, made the top-20 in tournament scoring. If they’re going to repeat as bronze medalists, they’re going to need more offense, especially with fellow Group A team Finland upgrading their goaltending. It’s also probably not a coincidence the team as a whole has gotten younger—of those eight new players, only one (Alexandrova) is over the age of 23. While the addition of teenage phenom Shokhina would make any team better, she might provide exactly the offensive shot in the arm the Russians want. 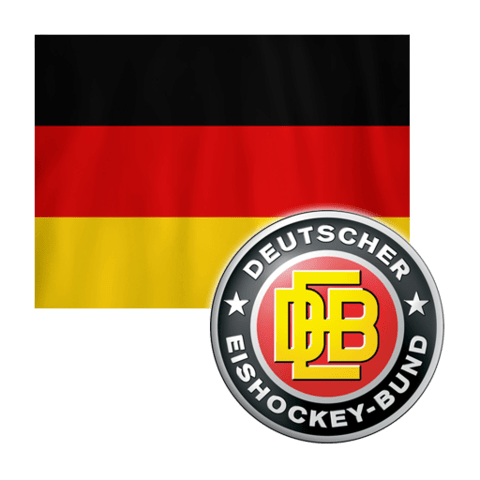 Last year, Germany placed first at the Division I Group A World Championships, were promoted to the top division, and punched their ticket to Plymouth.

Germany is coming off some disappointment. Just last month, they missed out on making the Olympics after they lost to Japan in the qualification round. They’ve made a few changes to their roster and hope to hold on to their spot in the top division by avoiding relegation.

After the qualification round, Germany decided to cut one of their forwards and bring three additional defenders. Their strangely (im)balanced roster now has 10 forwards and 10 defenders on it.

Who to watch out for

Starting goaltender Jennifer Harss and back-up Ivonne Schroder are both veterans of the team. Harss first played for Germany at the 2005 World Championships as a 17 year old. She played three years at the University of Minnesota-Duluth and is more than capable of stealing a game. For the last four years, she’s played with a tier-3 German men’s league team, ERC Sonthofen 1999.

Defender Tanja Eisenschmid is one of their best options on the blue-line. She currently plays for the Minnesota Whitecaps. Before that, she played for the University of North Dakota. She shoots a lot (she had 10 shots in three games at Olympic qualifiers), gets a lot of power play time, and is the team’s highest scorer from the blue-line.

Up front, Germany has a few capable scorers. Laura Kluge is one of their young talents. As a 19 year old last year, she led Germany (and the tournament) in scoring at the Division I Championships with 9 points in five games and was named team MVP. This year, she played with Canadian Jennifer Wakefield on Linkoping HC in Sweden.

Kluge and her likely linemates, Manuela Anwander and Andrea Lanzl, are the Germans’ greatest scoring threats. Anwander has been a staple on the team since 2008, when she debuted as a 16 year old. She tied with Kluge for the tournament’s top scorer last year. Lanzl, the final member of this line, has shown a deft scoring touch with her team in the German league, ERC Ingolstadt. Last season, she was second in the league in scoring.

One of the bigger stories about Germany might be who will not be representing the country in Plymouth. In the past decade, we’ve seen offensive stars emerge and lead hockey development in their countries, from Russia’s Iya Gavrilova to Finland’s Michelle Karvinen to Switzerland’s Lara Stalder.

For Germany, that kind of talent may be on the horizon. The two youngest players in Germany’s top women’s league are 14 year old twins Lilli and Luisa Welcke. They were second and third on their team in scoring. Older sister (and defender) Lea was fourth on the team in scoring. This year, Germany will be fighting to avoid relegation but it may not be long until they can keep up with the Finns and Russians.