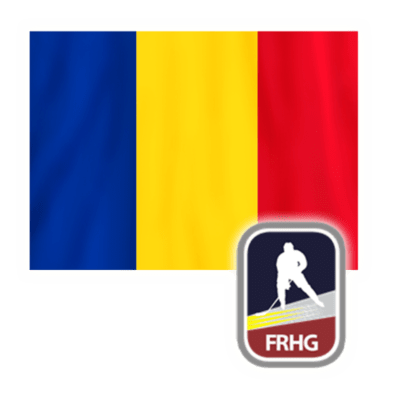 Following last year’s ill-fated display at Division IB level, Romania made wholesale changes to their roster and seek an immediate return as the country hosts the 2017 IIHF Ice Hockey World Championship Division II Group A in Galati starting today. All games will be streamed live.

What a difference a year makes. In April last year it was all doom and gloom as a goal-shy Romanian team leaked goals to finished bottom of the pile after five straight defeats at the 2016 IIHF Ice Hockey World Championship Division I Group B in Zagreb, Croatia.

With the industrial city of Galati welcoming back World Championship hockey on a senior level after a 38-year absence, Romania will now be eager to turn up the heat in their own backyard with a string of steely displays during the 2017 IIHF Ice Hockey World Championship Division II Group A.

With only seven survivals from last year’s roster, a younger new-look Romania will enter the tournament as top seeds and lock horns with Australia, Belgium, Iceland, Serbia and Spain during a tournament played between 3rd and 9th April.

Romania’s newly appointed head coach, Martin Lacroix, is relishing the task that lies ahead: “It’s very exciting, a great challenge and an honour,” said the French-Canadian of being selected as the man to hoist the hosts to glory while putting his own mark on the team: “We want to play very smart defensively and we have good forwards who can skate very well and put a lot of pressure on the other teams, but smart defensive hockey will be the key for us,” said Lacroix.

It is a formula which brought him success during his first season in Romanian hockey. Lacroix steered Corona Brasov to the Romanian championship title and was the only non-Hungarian team to qualify for the play-off stages of the international MOL Liga that also includes teams from Hungary and Serbia. Nine players from Brasov are included in Romania’s World Championship roster, where centre Roberto Gliga and blueliner Huba Bors will have key-roles this week.

Gliga, 23, and Bors, 22, both missed out on last year’s World Championship debacle in Zagreb. Now returning back to the national team fold, the duo is leading the way for a new generation that could move Romania’s national team up a level.

Both got their World Championship debuts when another Canadian, Tom Skinner, worked as head coach of Romania. During Skinner’s five seasons in charge, Romania notched up two consecutive fourth-place spots at Division IB level in 2012 and 2013. Following Skinner’s departure, Romania has embarked on an elevator ride of relegation and promotion with little hint of any stability or settled roster.

I believe the reason for our performances during the last years might have been down to our preparations, said Gliga, who made his senior World Championship debut as a 16-year-old in 2010. “During the last years we have also tried to replace the older generation but never managed to have a full roster. But when we have all players available and prepare properly, we will be able to stay in Division IB,” continued Gliga.

Gliga, who first teamed up with defenceman Bors at junior national team level in 2010, both hail from historical hockey centres that of late have fallen on hard times.

Bucharest-born Gliga and Bors, from Miercurea Ciuc, were united at club level this season at Corona Brasov. In his first season away from his home town, Bors can look back on a fine debut season where he is full of praise for head coach Lacroix for showing faith in him.

I enjoy playing for Lacroix as a coach and he also gave me the chance to show what I can do as I came back from the injury, said Bors, who missed out big parts of 2016 because of an injury and returned back to full fitness following a successful surgery in mid-November last year.

With both players having played an integral part when the national championship trophy was raised at the end of March, they now hope their winning streak will continue into April as the battle will commence for top spot at the 2017 IIHF Ice Hockey World Championships Division II Group A.

I think our main strength is that we work hard and have good speed in our team. But none of the teams will be weak so every game will require hard work and focus, said Gliga, who hopes the citizens of Galati will turn up in droves to carry Romania on to success.

It is always a good feeling playing in front of your fans and I hope that plenty of people will come and watch the games. Now all I want is to have a good tournament and earn promotion, said Gliga.

Toronto-born hockey player wants to do Korea proud at Olympics

By The Korean Herald

It was a symbolic moment in South Korean women’s hockey at the world championships in Gangneung, and one that the country would love to see often at the Winter Olympics on home ice next year.

There was Randi Griffin, born in the United States to a Korean mother and an American father, flying down the right wing in a 2-on-1 chance against Slovenia on Sunday. She then threaded a perfect pass to Danelle Im, a Canadian native of Korean descent, who slapped it home to give South Korea a 4-1 lead.

The host went on to beat Slovenia 5-1 to start the International Ice Hockey Federation Women’s World Championship Division II Group A at Kwandong Hockey Centre in Gangneung, Gangwon Province, while outshooting the opponent 78-12.

And Im and Griffin, who have been fast-tracked to South Korean citizenship in preparation for the 2018 PyeongChang Winter Olympics, contributed to the offensive onslaught. Both have played in friendly games for South Korea before, but this is their first international tournament in South Korean uniform.

Im is on track to represent the country of her parents’ birth at next year’s Olympics, and the Toronto native wants to do her adopted home proud.

“I think we need to just focus on our playing to get better each day and to be able to put our best version of this team forward to the Olympics,” she said. “We must wear this jersey proudly and put up a really good competition.”

Putting up a good competition won’t be as easy as it sounds. At No. 23 in the world, South Korea wouldn’t have been good enough to qualify for the Olympics, but it has received an automatic spot as the host. It has been paired in Group B with Sweden, Switzerland and Japan, ranked No. 5, 6 and 7, respectively, in the world today.

A win in the group stage may be asking too much, but at least South Korea, once a perennial doormat that routinely lost by double digits, has worked its way to respectability with Sarah Murray, former US college star and daughter of ex-NHL head coach Andy Murray, at the helm.

South Korea finished fourth at the Sapporo Asian Winter Games in February, the country’s best result ever at the continental event. Though Im couldn’t play there because of eligibility rules, she said she can clearly see the progress the team has made.

“It’s from hard work the players have been putting in every day,” she said. “It’s great to see the improvements and the work that they’ve put in.”

Im’s presence on the national team represents a new direction for women’s hockey in the country. She joins Griffin; Caroline Park, another Canadian-born player; and Marissa Brandt, a Korean-born adoptee, in the ranks of foreign nationals of Korean descent who have acquired South Korean passports.

The national team is counting on these players to rely on their experience in North American hockey — Im played at Wilfrid Laurier University in Waterloo, Ontario, while Griffin played at Harvard — to help the young squad get to the next level. The team of 22 players here features eight teenagers.

Im, 24, said she’s aware of the pressure, but she isn’t daunted by it.

“The expectation is for us to contribute, just like any other person,” she said of herself and her naturalized teammates. “We feel honored to be here, and we want to do our best to be able to contribute as much as we can.”

Im played through a hairline fracture in her right foot, and pain or not, she is simply “grateful” to be representing the country of her parents’ birth.

“Just to be here is so amazing; to be with the team and experience everything with the world championships,” said Im. “I am really grateful to be here, and to play even a few shifts was really awesome.”

The IIHF Council recommended a proposal of the IIHF Women’s Committee during its recent meeting in March to extend the number of participating teams in the IIHF Ice Hockey Women’s World Championship from eight to ten teams.

All national associations participating in the program have been informed accordingly about this idea following the meeting to ensure the teams are aware of the initiative ahead of this year’s tournaments.

With the increasing number of participating teams – 37 countries are entered in the Women’s World Championship program in six tournaments – and the increasing competitiveness the proposal is to extend the number of teams in the top-tier event to ten teams as of the 2018/2019 ice hockey season and with this step aim for having ten teams at the 2022 Olympic Winter Games in Beijing.

The top division has been played with eight teams ever since the first tournament in 1990, the only exception being the 2004 edition that featured nine teams (when one team was promoted but no team was relegated in 2003 due to the cancellation of the tournament in China because of the SARS outbreak).

The 2017 IIHF Annual Congress will discuss the proposal in May in Cologne during the 2017 IIHF Ice Hockey World Championship. If the IIHF membership accepts the proposal, the new format for 2018/2019 will be reached as follows:

If the proposal will be approved, the IIHF Competition and Coordination Committee will work with the IIHF Women’s Committee to create the best possible playing format for the new ten-team IIHF Ice Hockey Women’s World Championship starting in the 2018/2019 ice hockey season.

No changes during 2017 IIHF WW

The proposal does for the moment not change anything in the events of the 2017 IIHF Ice Hockey Women’s World Championship program meaning that the last-ranked team in each division is considered relegated until the eventual approval of the new format in May and the best-of-three relegation round will be played at the 2017 IIHF Ice Hockey Women’s World Championship currently taking place in Plymouth, Michigan, USA, knowing that there are two possible outcomes for next season pending Congress’ decision about the new format.