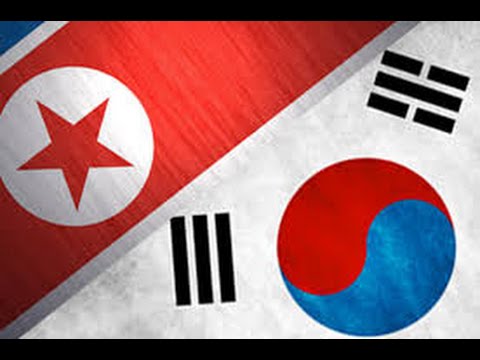 When the North and South Korean women’s ice hockey teams clash in a rare match later on Thursday, the game could resonate beyond sports for the two rivals.

The two Koreas are facing off in the women’s world ice hockey championships division II group A competition in South Korea’s Gangneung, some 106 kilometers (66 miles) from the heavily fortified demilitarized zone dividing the North and South.

For the spectators, the game — the first North-South face-off on the peninsula in 11 years, and a year out from the 2018 Winter Olympics partly held in Gangneung — carries more meaning than just hockey.

More than 500 people, ranging from students to the elderly, have formed a joint cheer leading squad for the two Korea’s, who will be waving a special blue and white flag with a map of Korea — a symbol of Korean unification — during the game.

“We initially expected around 200 people but more than double that number showed up,” said Lee Sun-Kyung, leader of the pro-unification group that organized the cheer leading team. “It’s a reflection of the people’s high hopes and expectation,” she said.

South Korean media have closely followed the North Korean team since their arrival on Saturday, with pictures of the players training or strolling on the beach plastered over the internet and TV.

The 30-member North Korean delegation, including the players, their coaches and some sports officials, have so far been reticent about speaking to South Korean media.

The sensitivity of the match can be felt in the press center in Gangneung, which has a list of instructions taped on the tables.

“Please refrain from asking any questions not related to the game, such as political questions,” it says, warning that violators will be kicked out.

The game takes place when tensions are running especially high on the Korean peninsula following a ballistic missile launch by the North Wednesday and expectations of a sixth nuclear test.

The last time Pyongyang participated in an international sports event held in South Korea was the Incheon Asian Games in 2014, during which the North dispatched three of its top officials for talks with Seoul.

South Korea’s women’s football team are also on a rare trip to Pyongyang, where they are scheduled to play North Korea in an Asian Cup qualifying tournament on Friday.