Currently, 21-year-old Krista Jip Caka last year turned to LHF and expressed her willingness to represent the Latvian female national team. In the spring IIHF application was submitted to Jip-Chaka could play in the world championship under the Latvian flag.

As the main argument for playing for Latvia national team Krista Jip-Caka said her roots were from Latvian orgin. Krista is Canadian with Latvian dual nationality, she acquired a Latvian passport  on April 14, 2015.

She was born in Whitby, Ontario, while her mom Liza Preisa once engaged in volleyball and played for University of Cincinnati.

Latvian women’s national team in April played at world championship division I Group B and finsh in third place. 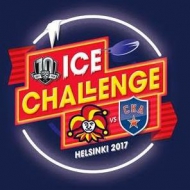 On the 2nd of December, 2017, Helsinki will host a KHL regular championship match between Jokerit and SKA Saint Petersburg, and the game will be a “Winter Classic” staged in an outdoor arena. The timing of the match coincides with three significant anniversaries: the 10th season of the Kontinental Hockey League, the 50th anniversary of the founding of HC Jokerit, and the centenary year of hockey in Finland.

The idea of holding a first-ever outdoor game in a KHL regular championship came from Jokerit. The Helsinki club proposed marking its 50-year jubilee with a major celebration for all the fans in Finland, and the plan drew enthusiastic support from the KHL.

A KHL match between two of the strongest European clubs will be one of the highlights of the League’s 10th anniversary season. Thanks to the vast territory covered by the KHL, the game in Helsinki will attract the attention of people across many countries and from fans of clubs which play in the competition. For this reason, marking the 100th anniversary of Finnish hockey with a KHL match dedicated to the occasion will be a superb way to raise awareness throughout an entire continent about the strong traditions of these great hockey powers. At the same time, the teams will be playing for valuable points in the regular season, and so the game will be fiercely competitive and even more exciting for the fans of both clubs.

The venue for the match was chosen with great care. It was here, over one hundred years ago, on the frozen waters of an inlet separating Siltasaari and Kaisaniemi, two areas of Helsinki, that amateur hockey players first started playing the exciting new game, which in those years involved fighting for possession of a ball rather than a puck.  Soon the Finns had created a permanent rink in Kaisaniemi Park, and matches in the national championship have been played here to this day.

Three days after the Jokerit – SKA game, the same venue will stage a match from the Finnish League. The two games are united under the banner, “Helsinki Ice Challenge,” and surrounding the playing surface will be special stands built to accommodate around 18,000 spectators. A sell-out crowd for this event would set a new attendance record for the League.

It is hoped the fans will feel the atmosphere of a century ago, a time when a new sport was taking its first steps on Finnish soil. Most of the open-air stadium will be for standing spectators, as that is how the hardy souls watched hockey back in those pioneering days. The Finnish club has announced that tickets for the match will go on sale from the 8th of June, 2017.

This match in the Great Outdoors is just one of many planned events dedicated to marking the 10th anniversary of the Kontinental Hockey League. News of the other surprises and celebrations to delight the fans during this anniversary season will appear in due course on the League’s official website.