Jersey is the largest of the Channel Islands, a group of Islands sitting in-between France and the U.K.
Jersey’s population is around 100,000 and it measures 45 square miles. Hockey was first introduced to Jersey by Damian Martin in 2013. To our knowledge no form of either Ice, Inline or Roller Hockey had ever been played here before then.

Damian started out by visiting a local club that only provided Roller Discos for young children.
He played a simple game of Street hockey with a ball and small goals, but it never really caught
on, and after 4 months, interest from the Club fizzled out and he stopped attending.
It wasn’t until the Christmas of 2013 that Damian was able to get involved with Jersey’s
Christmas Ice Rink that hockey started to gain momentum.

Being that Jersey only has an Ice rink for 5 weeks a year the Ice Rink is incredibly popular so
it was an ideal way to get hockey to a wider audience. The Rink agreed to stay open late
one night a week in order to let their staff have a go at Ice Hockey and they allowed the Public
to spectate.

It was scrappy with the rink only providing sticks and nothing else. Damian tended goal for the
first time in over 10 years in his old Inline kit, it was a lot of fun. But looking back now the
thought of a game with no pads whatsoever is scary!

However those sessions worked to kickstart an Inline Hockey Club and Damian was able
to book the same hall where the Ice was, for two hours a week starting from February of 2014.
In those early days the inline sessions pretty much followed the same formula as the
Ice sessions,  with little kit, and no real structure or training. Damian quickly realised that
he needed help to make things official and safe. It was then that he met John Bouteloup
who formed a committee, got the group a Bank account and financial backing from two
local companies, GR Langlois Ltd and Le Masurier.

As things got more serious and the demand for kit was put to the guys, we lost a lot of
casual players, but we were left with people that wanted to play a proper from of the
game and were prepared to buy kit and learn. Not only that, but Jersey attracts a variety
of people over to work from several hockey playing nations, such as Canada, Latvia, Poland,
UK and France. So we very quickly started to pick up players that had previous experience.
Before long we started to look like a proper Hockey Club. During the Christmas of 2014 we
once again made an appearance at the Christmas Rink and picked up even more players.

With the Club moving in the right direction there came a need for a name and that was when the name, “The Seawolves” was first coined by Damian Martin and Simon Soar. The name was
formed by the fact that we are surround by sea, coupled with John’s name, “Bouteloup”
meaning Wolf  in French. So the Seawolves were born!

The Club then went on to get a Logo and Jersey designs in 2016, wearing their new jerseys for the first time in April of that year.

The Club has now gone on to form two age groups and hold two weekly sessions, The Seawolves for experienced players aged 14 – 50+, and the Wolf Cubs for players aged 5 – 14
who are beginners, the Wolf Cub session is further broken down into smaller groups and
recently has been coached by the trio of Damian Martin, Buzz Glad and Jonathan Nicholson.

We consider ourselves a Rec’ team and haven’t as such played any outside competition but we would love to do so. Our Wolf Cubs recently travelled to France for a Hockey Camp with the Vikings of Cherbourg, and we have links with the Medway Assassins in Kent U.K and try to train with them at least once a year.

We train every week for most of the year at,
Springfield Stadium and Sports Centre, St Helier Jersey
Wolf Cubs Sundays 1pm – 3pm
Seawolves Wednesdays 8pm – 9pm
We have appeared on Ice – DEC / 2013, 2014, 2015, 2016
But mainly play Inline Hockey with a Puck.
We currently have – 15 Regular Wolf Cubs
14 Regular Seawolves

In late 2017 we started a Youth Club program to get more children playing hockey which will continue in 2018. We welcome new players of any experience young or old and we can be found on Facebook and Instagram. 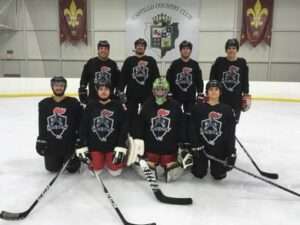 Certainly known for special and amazing experiences, but not your typical hot bed for ice hockey, Costa Rica just quietly held its first ever international Ice Hockey tournament. This unlikely tournament was the long time dream of the ex-pat & Calgary native, Bruce Callow, who more than two decades ago brought the sport of hockey to Costa Rica.

“It was a great feeling to help bring this event to life. It was a mixture of a lot of emotions being both a player and an organizer.” said founder and tournament organizer Bruce Callow who recently celebrated the 20 year anniversary of this program.

With support from the NHLPA (NHL Players Association) Goals and Dreams Fund, Bruce was able to keep this program moving forward from its humble beginnings on synthetic ice to moving into the El Castillo Country Club where they now have a rink about half the size of a normal NHL rink.

El Castillo is now home to The Castillo Knights who have, against all odds, put together a solid program that fielded a tournament team their country could be proud of. The team was composed of founder Bruce Callow, captained by the formidable former OHLer Aurelio Cence, with players like the veteran Mike Mirtl, young speedster David Aviles, Robert Vinet, Anthony Callow, Jorge Castiglione, Mariano Finizio and backstopped by the talented and promising goaltender Franklin Ordenez. 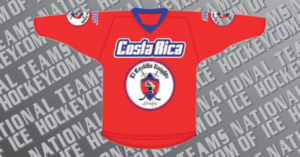 Going forward, this tournament will be instrumental in continuing to move the program forward. To be able to be a part of it was something I will remember and cherish forever! In fact, the majority of the participants could agree that it was an incredibly unique opportunity to play hockey abroad and be a part of helping this young hockey program grow there. I think I speak for all of us when I say this tournament was the highlight of our recreational league “careers.” Teams from Calgary, Canada, Los Angeles, USA and the Falkland Islands came to participate in this thrilling inaugural tournament. Without the dedication and hospitality of the organizers this never could have happened. The Tournament took place the weekend of November 18th-19th, 2017. Most of the teams arrived in Costa Rica a few days before the tournament to enjoy the exotic and popular vacation destination before turning their attention to the upcoming tournament. With 4 games in just two days they would not only have a difficult challenge, physically speaking, but would also have to adapt to the smaller ice surface, no glass along the boards and 3 vs 3 tournament format.

All in all the tournament was a huge success. In a flurry of activity, each team playing two games a day, all teams battled for every inch of ice and the games were quite close. Speak with any tournament organizer and they will tell you that when organizing a tournament with unknown teams from different locations, let alone different countries, it is a challenge to asses team strength and skill and achieve good parity among participating teams. This time, however, the hockey gods smiled upon us and we all agreed the parity was about as close as you can get for a first ever tournament of this nature.

“It was quite an exhausting experience and I am sure the next one will be easier to organize. Having the stands of the rink full of fans cheering for hockey was a surreal and unforgettable experience.” – Bruce Callow

Though all of the games were hotly contested, ultimately the Canadian Citizens from Calgary and Ruination from Los Angeles would face off in an all to familiar USA vs Canada  gold medal game. After a hard fought game that would see the lead change multiple times the Calgary Citizens would raise the first ever El Castillo Ice Hockey Tournament trophy after their well deserved 7-5 victory over our US team. I have to say, the trophy could could not have gone to a more classy team. Congratulations on making history boys!

Ultimately, there was a whole other side to this competition that far outweighed the simple concept of who would win and who would lose. (Although as athletes and competitors everyone certainly played their hardest with winning in mind.) It was about something bigger than ourselves or any one team. Being a part of growing the sport so far from home and helping this young program get to the next level was real reason we were all here.

What made this tournament so special for me, for us all, was that we all bought in to this idea and the camaraderie was unlike anything I have experienced in a tournament before. We all came away with new friends from other countries and that in itself speaks volumes for what took place here in Costa Rica.

At the end of the day the Castillo Knights were the big winners. Despite all odds and with limited resources they put together a team that competed above its level against teams significantly more experienced. They were the David to the visiting Goliaths and their heart and tenacity not only won over the fans, many watching live hockey for the first time in their lives, but earned the respect and admiration of us visitors. Additionally, the atmosphere in that club was incredible and contagious as it was easy to get caught up in the excitement and emotion watching the other games. If this first taste of Costa Rican Hockey is any indicator, this program has a bright future!

Hats off to what you have accomplished down in Costa Rica Bruce! We all hope to visit and compete again in Costa Rica in 2018. Thank you for keeping the dream alive all these years and letting us all play a part. That was one hell of a weekend we will not soon forget!