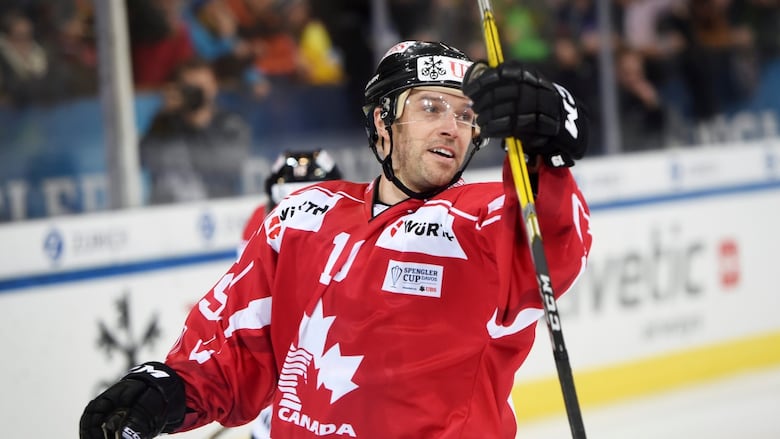 Andrew Ebbett scored twice as Canada beat host club HC Davos 4-1 and advanced to the semifinals of the Spengler Cup on Thursday.

Zach Boychuk and PA Parenteau also scored for Canada as the two-time defending champions finished first in their group with a full six points at the pre-Olympic tournament.

“We knew what to expect — it’s here in Davos against the home team in the big, premier game,” said Ebbett. “We just kind of weathered the storm in the first period and we really got our legs in the second and got it going, and we took control in the last two periods.”

Gilles Senn stopped 38 shots for Davos (1-1, three points), which must now play a quarter-final game against Finnish side HPK Hameenlinna on Friday.

Canada will next face the winner of a quarter-final between Mountfield HK and Dinamo Riga.

Hockey Canada is using the tournament as a final evaluation before deciding on its Olympic roster in January. 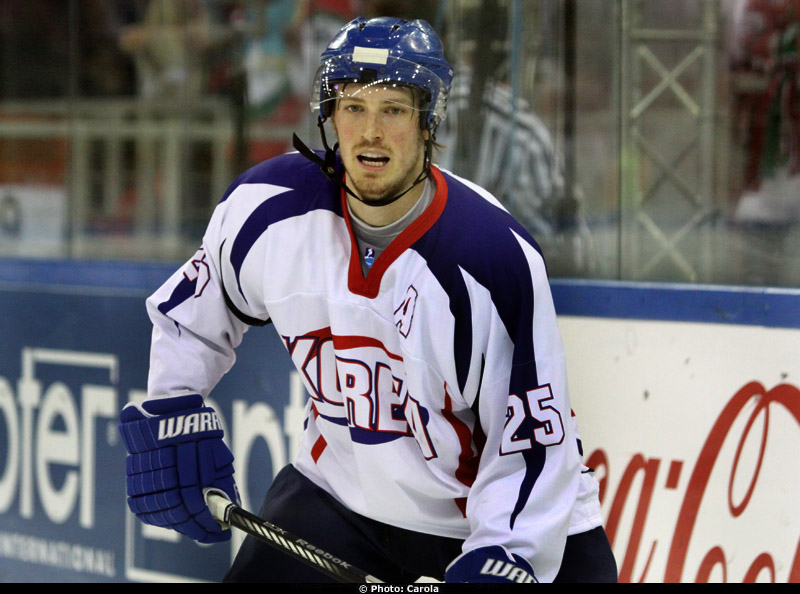 What does it mean to represent your country at the Olympics? For Brock Radunske, the question has some nuance given the towering, blond-haired Canadian will be suiting-up for South Korea at the 2018 Winter Games.

The ice hockey forward is one of 16 foreign athletes granted South Korean citizenship ahead of February’s Pyeongchang Winter Olympics under changes to the country’s immigration laws that came into effect in 2011.

The changes, the Justice Ministry told Reuters, were aimed at boosting competitiveness in sectors such as sport, science and the economy. The key point was that dual citizenship was now an option for those deemed to have “outstanding ability” who could “contribute to the national interest”.

The first athlete without any Korean lineage ever to be naturalized, Radunske said it was an “honor” to be chosen for Team Korea but that being able to retain his Canadian passport had been a key factor in his decision.

“I grew up in Canada and I‘m proud to be a Canadian, and in a sense I‘m representing Canada too … when I‘m playing for Team Korea,” the 34-year-old told Reuters.

“I‘m proud to have lived in both countries, so when I‘m on the ice I‘m going to do everything I can for Team Korea.”

Under the previous immigration system, Radunske would not only have had to surrender his Canadian passport but might have been expected to do a 21-month stint in the military.

Radunske has played professional ice hockey in Korea since 2008 when he became the tallest player ever to sign for Anyang Halla. The signing was hugely popular with female fans, who fawned over his imposing 6ft 5in (1.96m) frame and good looks.

Their nickname for him appears to have got lost in translation, however, with Radunske unlikely to encourage the use of “Canadian Big Beauty” when his playing days are over.

A third-round draft pick by the Edmonton Oilers in 2002, Radunske never made it to the NHL and representing Olympic champions Canada was always out of reach.

South Korea was therefore an attractive option but becoming a citizen of one of the world’s least ethnically diverse countries was no easy task.

Radunske had to pass a battery of tests, including of his Korean language skills and knowledge of local culture and history.

His fellow Ontario native Matt Dalton also came through the notoriously difficult process and said his decision to take on citizenship had caused some confusion ‘back home’.

“Being in Canada, some people didn’t even know where Korea was,” said the goaltender.

“And some people were asking, they thought I was representing North Korea, they just didn’t know the difference.”

At a tournament in Russia earlier this month, Dalton said he had conflicting emotions during the playing of the anthems when Korea took on Canada – as they will in their final group game in Pyeongchang.

“When ‘O Canada’ was going on, it was special but it was definitely a little awkward,” he told Yonhap News agency. “I didn’t sleep very well that day.”

South Korea will have seven naturalized players on its men’s ice hockey team and forward Park Woo-sang said his team mates had proved their worth on the ice as well as their love for South Korea off it.

“You could say they are foreigners that love Korea more than Koreans themselves.”

With around 100 registered professionals in the country, South Korea needed all the help it could get just to secure an Olympic spot in a sport where the hosts are not guaranteed a berth.

In 1998, Japan’s ‘Seven Samurai’ featured six Canadians and a Swede, while Italy had nine Canadian and two U.S.-born players in their 2006 squad.

While more of a factor at Summer Olympics, changing national allegiance has also become prevalent at the Winter Games.

Data from the Pew Research Center showed 120 of the 3,000 competitors in Sochi in 2014 represented a country other than the one in which they were born.

The IOC imposes a three-year wait period for athletes who want to switch but it has allowed them to cut short the process if their original Olympic committee and governing sports federation agree.

South Korea also has naturalized athletes in women’s ice hockey, figure skating, luge, biathlon and skiing set to compete in Pyeongchang, but not everyone is on board with the policy.

“If they gain citizenship here solely to compete and earn a lot of money, it’s also against the Olympic spirit.”

Park also questioned the value of the medals they won.

”If these foreign athletes do not have any attachment for or relation to South Korea, what is the point of them competing for the national team?

“If they leave South Korea after winning medals, can we still consider those medals earned by South Korean athletes?”

An official from the Korea Biathlon Union, which has four Russian-born athletes on its roster, told Reuters such athletes were in high demand.

“Internationally there is a kind of competition going on to attract athletes who are willing to be naturalized,” said the official, who did not wish to be identified.

Ice hockey association media officer Kim Jung-min, however, said no financial package was needed to persuade the players to take on dual citizenship as they were already playing on professional contracts.

Kim also rejected the notion that Korea was trying to “buy” a medal.

“Clinching qualification was our goal because that is still such a big thing for us,” he told Reuters. “Getting a medal at the Olympics is simply beyond our reach.”