Macedonia wins and loses in OT in Bosnia and Hercegovina 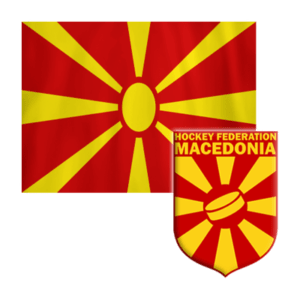 In the weekend Bosnia invited Macedonia for two test games, as the Bosnians are preparing for upcoming WC qualifications in Sarajevo.

Macedonia won the first game 8:7 (3:2,3:1,2:4), not even the Macedonians who are still not eligible for IIHF tournaments expected a victory in the first road game. Star of the game was Team Macedonia captain Davor Anastasov with 4 goals. Stefan Deckovski scored twice, Kristijan Tashevski and Dmitrij Prokudin scored each one goal.

Game two was in the first period in favor of the Bosnians who took a 3:1 lead. But Macedonians fought back and after regulation time the score was 6:6. The following overtime Macedonia dominated but the Bosnians made the score and took the victory 6:7.

Both games are avaiable on Bosnia and Hercegovina Federation YouTube channel