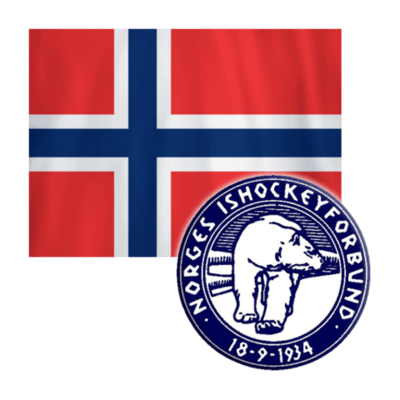 For the first time head coach Petter Thoresen, a four-time Olympian himself in the ‘80s and ‘90s, will be reunited at a top-level event with both of his sons, forwards Patrick and Steffen Thoresen. Another pair of brothers is Ken Andre and Mathis Olimb, who have played together on the national team numerous times.

Otherwise the team looks similar to what hockey fans have been used to recently. 19 of the 25 players nominated played last spring at the 2017 IIHF Ice Hockey World Championship.

Nine players are right now busy in the domestic league while the rest plays abroad. Eight players join from clubs of neighbouring country Sweden, two each play in the Czech Republic and in Germany, one each in Austria, Russia, Switzerland and the NCAA.

Patrick Thoresen, who plays for Russian champion SKA St. Petersburg in the KHL, is the most famous player on the team.

37-year-old Anders Bastiansen is the oldest player on the team. He, Patrick Thoresen and Mathis Olimb will play their third Olympics after Vancouver 2010 and Sochi 2014. 20-year-old defenceman Johannes Johannesen is the youngest player on the roster.

Three players will play the first top-level tournament in PyeongChang 2018 – Ludvig Hoff, Henrik Holm and Eirik Salsten – while all others have played in the IIHF Ice Hockey World Championship before.

Norway, which finished in last place in Sochi 2014, hopes to reach the quarter-finals this time. In Group C they will play Sweden, Finland and Germany.