Okinawa warms up to ice hockey 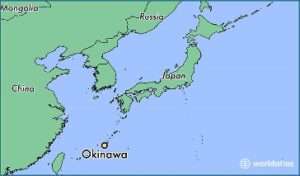 
It may sound odd to say Okinawa is a good place to start playing ice hockey, but there are a bunch of stick-wielding, puck-slapping players on the island who would disagree.

Although Neil grew up in Canada, he only played field hockey as a youth. The first place he laced up his skates to play hockey was on this subtropical island. Neil and other members play regularly at the Sports World Southern Hill in Haebaru Town.

The team roster is diverse, featuring Americans, Okinawans, men and women, military and non-military. “We welcome everybody,” said Neil. “We are trying to build community relations through hockey. A large part of that is due to the military being here. I am not a military person. I am from Canada, so it’s kind of an international thing. The service members have been a huge part of the SniperZ.” 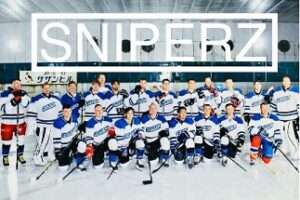 Just recently, the inaugural Ryukyu International Ice Hockey Tournament was held at the rink, bringing five teams from Okinawa, South Korea and Thailand together for a weekend of competition. The SniperZ was a driving force to launch the tournament.

“I have been down to Bangkok, played in Thailand. I started talking to these guys, and I went on Facebook,” said Kevin Mingoia, a member of SniperZ. “I put it out there, and Korea came along, saying ‘hey. we are interested in playing.”

“A lot of our players have friends in Korea and Bangkok,” Neil chimed in. “They played in tournaments before, so connecting through social media, and through long-lasting relationships . . . we’ve had pretty good success so far.”

The tournament literally brought people from remote corners of the world to the island. 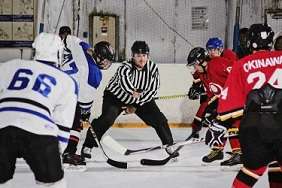 Joe DeBlois from Portland, Oregon, was at the rink to root for his son who was playing for the Korean team.

“I have been reading about the SniperZ, and they got quite a program here,” said the seasoned ice hockey fan. “It’s very interesting to see hockey on a tropical island.”

And if the players on SniperZ had their way, there will be more to watch in the near future.

“We have an interesting mix of people and are going to go bigger next year,” Mingoia stressed. “I am looking at trying to do a Memorial Day classic next year.”

Although the tournament was meant to be a friendship game, heated competitions were often played out on the rink. But once the tapped their sticks on the ice to end a game, they had big smiles on their faces.

Neil, who is expecting more people to join the club, says it’s all about getting on the rink and enjoying yourself.

“All levels are welcome,” he said. “If you like hockey or want to learn about hockey, come on out. We welcome everybody.”