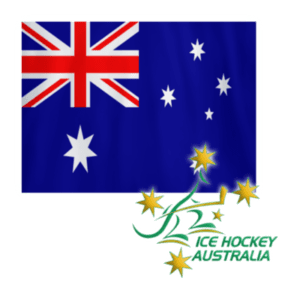 Even the most devoted hockey fans might not know that Australia has a national junior team that competes in international play. It plays in the International Ice Hockey Federation’s Division III, along with a few other teams from countries that aren’t usually associated with hockey.

According to Wikipedia, there are only 22 ice rinks in Australia, which about the number one would expect to find in any suburban Toronto town.

Other Australian players sprinkled across the U.S. and Canadian junior and youth hockey footprint are:

Australia’s national junior team will play in the 2019 IIHF Division III U20 Junior World Championship in Reykjavik, Iceland, in January. Tryouts and training camp for the tournament will be held from Nov. 6 through Dec. 11.

David Ruck, who previously coached the Perth Thunder of the Australian Ice Hockey League, will be behind the bench. It’s his first year as head coach of the national team. Ruck, who grew up in Australia but was born in British Columbia, where he played in the late 1980s, will be looking for a vast improvement over last year’s team. That squad won one game in regulation, one in overtime, and lost three in regulation to finish in fifth place out of six teams. 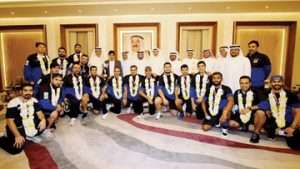 As the news of the Falcons winning an amateur Hong Kong tournament reached Kuwait, Fuhaid Al-Ajmi, a former ice hockey player and current President of the Kuwait Winter Games Club, reminisced about the first international tournament where Kuwait left an international imprint – a tournament in Glasgow in 1993.

Since then, it has been a journey filled with trophies and lessons on how to do better in the next game. After rejoining the International Ice Hockey Federation in 1999, the national ice hockey team of Kuwait made their international debut at the Asian Winter Games, where although they lost, they did not lose hope. Kuwait was the first Arab country to raise its flag at the Asian Winter Games.

“All the members of the Winter Sports Club are former ice hockey players, so we understand the needs of players and do our best to provide them with all the equipment and training necessary. I retired in 2000. When we played back in the 90s, we lacked support, although we do not blame our losses on anyone but ourselves. We wish we had more support, so we hope to provide the players with as much assistance as possible,” Ajmi told Kuwait Times.

“After the win at the Hong Kong invitational amateur ice hockey tournament, we will try to use this title to improve and establish new winter games in Kuwait. The club has already started five such games, namely, ice hockey for both men and women, figure skating, curling, skiing and speed skating,” Ajmi added.

After recently acquiring full membership at the IIHF, Kuwait will be able to vote in the elections of the governing body and the selection of the countries that bid to host world championships. “We’ve pledged to make things easier and better for the upcoming generations participating in these sports. We recently opened a school for ice hockey for kids aged from 4 to 14, who were sent to Sweden for training,” said Vice President Khaled Al-Mutairi. 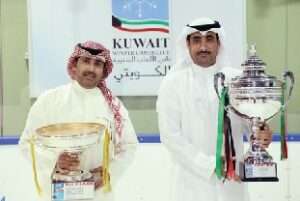 In 1992, Kuwait was expelled from the IIHF due to lack of activity. Since then, Kuwait has hosted the Arab Cup as well as the Challenge Cup of Asia, where Kuwait came in 2nd and 4th place respectively. “When we first started playing after the invasion, we didn’t have proper uniforms, gear or equipment to play in. Surely, the sports scene was different back then compared to how it is now. We now have a completely equipped club with a rink to practice, gym to maintain fitness, which is very important in sports, and the latest gear ready to use according to age and size,” Mutairi added.