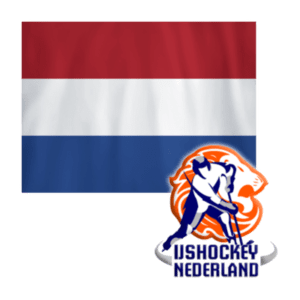 The Netherlands national team, which was relegated to Group B of Division II after a last-place finish in the 2018 International Ice Hockey Federation’s U20 World Junior Championship, has started this year’s tournament in a deep hole, losing 7-0 to host Croatia Tuesday night.

The Dutch, who struggled to score goals last year, totaling only 13 in five games, a tournament low, will have a chance stop bounce back Wednesday against Belgium, which has won its only game so far, beating Israel 6-3.

Gone from last year’s team are the top four scorers, including 1998-born defenseman Noah Muller, who is now playing Division III hockey in the U.S. at St. Michael’s College, where he has one goal and four assists in 16 games this season. The team will have to rely on returnees Dennis Sikma (1999 forward, one goal, two assists in last year’s WJC), Wouter Sars (2000 forward, one goal, one assist), and forward Jay de Ruiter, who had only one assist last year, but was playing as a 16-year-old and could be a breakout player in this year’s WJC.

A few members of the Dutch team have developed, or are developing, their games in U.S. junior leagues. Alexandar Makarin, a 2000-born forward, was playing in the Wilkes-Barre/Scranton Knights’ organization as far back as the 2015-16 season, when he skated in the Knights’ North American Prospects Hockey League and Atlantic Youth Hockey League U16 teams. Tobie Collard, a 1999 forward also known as Tobie Tjin-A-Ton, has played for both the New Hampshire Jr. Monarchs’ NCDC and USPHL Premier squads this season. Eef Gerritsen is also a part of the Monarchs’ organization. The 2000 forward has dressed for a dozen games in the Tier 1 Elite Hockey League U18 division.

De Ruiter, who turned 17 on Aug. 1, has played 11 games with the Connecticut Jr. Rangers at the USPHL U18 level, where he’s scored three goals and added four assists. De Ruiter is already a veteran of international competition, having played not only in last year’s IIHF U20 World Junior Championship, but the U18 tournament, as well.

Looking ahead to the U18 WJC in Serbia at the end of March, the Dutch will lean on at least one young player to spark the offense. Jay Huisman, a 2002 forward, scored a pair of goals in the 2018 tournament. So far this season, Huisman has scored five goals and set up four in 12 games for the Zoetermeer Panters of BeNeLiga, the top league in the Netherland and Belgium.

Spain’s junior hockey program had a year that most would expect from Canada. Or Sweden. Maybe even the U.S. In 2018, two of Spain’s national junior teams won gold. The U18 boys took first in Group B of Division II in the International Ice Hockey Federation’s World Junior Championships in Croatia, while a few months earlier the U20 squad won WJC gold in Group B of Division II in Serbia. Both earned promotions to Group A for the 2019 WJCs.

“For us, this feels like a miracle,” Frank Gonzalez, president of the Spanish Ice Sports Federation, told Inside the Games last spring. “We’re here in the southernmost point of Europe, and we’re showing that we can compete against countries with a real tradition and culture in ice hockey.

“We’re still a long way from competing at the elite level,” he added, “but the work of all our teams deserves a lot of credit.”

Two Spaniards were among the top four scorers in the U20 tournament, Joan Cerda and Dorian Donath Sanchez. Cerda finished with five goals and five assists in five games, good for third overall and two points off the lead. Donath also had five goals and assisted on three, tying him for fourth among all scorers, and was a +6 in five games.

Cerda is a 2000 forward who has been playing in France, never in North America. He had a big year in 2017-18, scoring 15 goals and 10 assists in only 20 games for Angers in France’s U20 league, earning him second in the points race. He is currently on loan to a pro team in France’s Division 2.

Sanchez is a 1999 forward born in Sweden. He has played both youth and junior hockey in Sweden, never in North America. He’s been strong in the J20 Elit League this year with eight goals and five assists in a dozen games.

Defenseman Alexander Torres-Gil (three goals, one assist in the 2018 U20 WJC) is one of the few Spanish players who has migrated to North America for hockey. The 1999 has played midget and junior hockey in Canada, including two years in the Central Canada Hockey League 2, where he’s totaled eight goals and 14 assists over 51 games.

The best goalie in the 2018 U20 WJC was Spain’s Raul Barbo, who posted a 1.57 goals-against average with a .901 save percentage and a shutout. Those were actually better numbers than those he generated in the U18 tournament. The 2000 also appeared in the men’s 2018 Division II Group B World Championship April. Barbo got into two games and posted a 1.000 save percentage for the gold-medal winning home-team Spaniards. After winning three world golds, he is now playing the 2018-19 season at the Ontario Hockey Academy where he has a 2.62 GAA in three games.