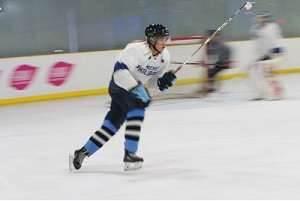 More than two decades after ice hockey’s arrival in the Philippines, many of the generation of hockey pioneers in the country are slowly approaching retirement.

Much like any other sport, Philippine ice hockey will have to rely on a solid good grassroots program to sustain and replenish players as time passes.

Hockey Philippines Executive Vice President Francois Gautier is aware of this and has made moves with the federation to ensure the future of the winter sport in the country.

“We have to make sure that our youth program is good so that it replenishes our players,” Gautier said.

The federation revamped the sport’s youth program last year and has been continually developing their approach to young players – including plans to proactively approach potential prospects in schools across the country.

“We’re gonna be entering schools [to] do some extra curricular activities, just to get the word out,” Gautier said.

Head coach Daniel Brodan, who first mentored the team in the 2017 during the Asian Winter Games in Sapporo, sees a bright future for the program.

“I’m looking forward to what ice hockey will look like here in the next two, three years,” the Czech national said.

Both Gautier and Brodan acknowledge that sport’s journey in the Philippines won’t be a walk in the park but remain hopeful moving forward.

“It’s not perfect… we still have hiccups but it’s a lot better than what it was before,” Gautier said.

“We still don’t have many rinks here where we can play. But in the end, if we continue like this… we can compete with any country,” Brodan said.