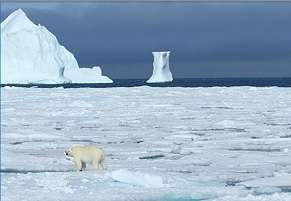 Russia’s legendary ice hockey player and UNESCO Goodwill Ambassador Vyacheslav Fetisov said on Wednesday that an international ice hockey game at the North Pole will be played on April 20, 2020.

The Russian Ecology Protection Society, said in its statement quoting Fetisov that the game was likely to be played some 70-90 kilometers away from the geographical tag of the North Pole.

Russia’s two-time Olympic champion and three-time winner of the NHL Stanley Cup Fetisov earlier announced plans earlier to organize a friendly international ice hockey match in 2019 on the territory of the Barneo Ice Camp, which is a unique Russian-operated drift station on the frozen Arctic Ocean near the North Pole. However, the earlier announced dates for the ice hockey game were later postponed.

According to Fetisov, the aim of the event is to draw attention of the international community to the problems of the global climate change. Ice hockey stars from Canada, the United States, Norway, Finland, Denmark, Sweden and Iceland have already confirmed their participation in the planned match.

Russian President Putin first appeared on the ice, playing hockey in 2012, just several hours after his inauguration and it was as part of the traditional Night Ice Hockey League. He has played regularly since then at this annual event and during the match of the Night Ice Hockey League on December 29, 2018 on Moscow’s Red Square Putin scored an opening goal that led his team to 14-10 win over the opponents.

Last month, Putin appeared playing ice hockey again at the Shayba Arena in the Russian resort city of Sochi, where he was joined in the match by Belarusian President Alexander Lukashenko.

The 66-year-old Russian president, known for his avid support of sports development in Russia, is a black belt holder in judo and he regularly practices.