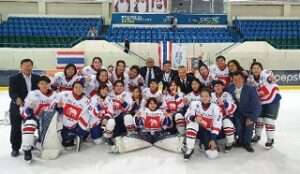 By Nancy Gillen – Inside the Games

Victory saw Thailand take the overall title with 10 points in the round-robin table, an upgrade from their bronze medal at the 2018 edition.

They finished on nine points, ahead of Singapore on six.

New Zealand were fourth on five points, while Malaysia ended fifth having lost every match. 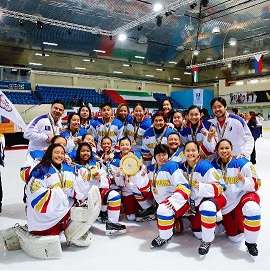 The Nationals, which won a bronze in the previous edition, capped their campaign with a narrow 2-1 win over host country UAE to sweep the tournament and gain promotion to the Challenge Cup of Asia tournament in 2020.

Bianca Cuevas, the tournament’s top scorer, scored the opening goal for the Philippines 57 seconds into the match thanks to a two-minute penalty on UAE’s Fatima Al Ali for tripping.

Even as the Philippines struggled during a penalty-laden 2nd period, Danielle Imperial managed to slot in the country’s second goal for a 2-0 cushion at the 39:53 mark of the game.

UAE attempted to rally back, but Dana Alhosani wound up scoring the team’s lone goal at 56:53.

The Philippines’ goaltender Rosalyn Lim only conceded one goal in the tournament as the Nationals trounced Kuwait, 10-0, and blanked India, 5-0.