Q & A With Hector Iannicelli 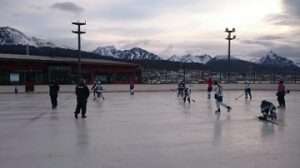 Currently there 1,060 Total ice hockey players in the country according to IIHF but there are many more that play the game on Wheels. We caught up with Hector Iannicelli and asked him a few question about the game In Argentina

Can you provide our viewers a brief history of ice hockey in Argentina?

During the 1980s, in the city of Buenos Aires and in several cities in the interior of Argentina, there were many ice rinks, the vast majority were private enterprises, but very few were being used by clubs.

There was no sports spirit, they were only economic projects, which only interested them to have as many people skating at one time.

The economic crises of the country at the end of the 1980s, ended with the vast majority of the rinks closed, there were a couple of small ice rinks in Buenos Aires and only one was consider keeping ice hockey alive.

In the 1990s, without ice rinks, hockey lovers, discovered in inline hockey, and took it as an alternative sport, waiting for the return of the ice rinks.

In 1997 a group of players advised by the IIHF, founded the Argentina Ice Hockey Association and inline hockey, with the objective of developing ice hockey through inline hockey.

Thanks to the wheels, the sport remained alive and today we have a very large number of ice hockey players across the country.

When did you become president of Asociación Argentina de Hockey sobre Hielo y en Línea (AAHHL) and what are your goals for the ice hockey Program?

I have been president of the AAHHL for 10 years, having been treasurer and vice president.

All these years we have achieved many goals, we organize national, international tournaments, development camps, and we participate in the IIHF inline world championships, Pan American Tournaments in Mexico, Winter Youth Olympic Games and in the Latam  Cup in Miami. 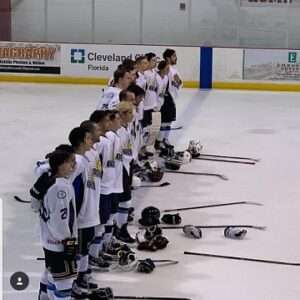 What is the current situation when it comes to domestic ice hockey in the country?

At this time, we are working on the qualifying for the 2020 Youth Olympic Games in Lausanne Switzerland, on the only regular size ice rink we have in the city of Ushuaia in Tierra del Fuego, more than 3000 km away from Buenos Aires.

We are also making  preparation for the LATAM CUP this September in Florida.

How hard is it to get players to convert from inline to Ice hockey and play for the national ice hockey team?

Our work was successful, the vast majority of our players began to skate on wheels, we have a league in which we play every weekend, in which about 600 players participate, between men and women.

The switch from wheels to the ice is not complicated, it only needs many hours of training,

Unlike the countries that have ice rinks, we are obliged to skate on wheels and on the ice rinks we train the ice skating technique. 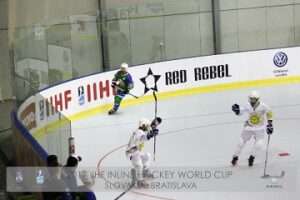 Argentina celbrates a goal at the IIHF Inline World Cup.

Last year Argentina Men’s team took part in the Latam Cup but this year event is bigger with Men, Women and U16 teams taking part, What steps are you taking to prepare the teams for 2019 Latam cup?

In September we will be participating in LATAM CUP, with a category A team and another Category B in men division, A women team and a Under 16 team, we hope next year we will have more categories.

It is a very big effort that the organization makes for this tournament to grow and I am sure that next year we will have more categories.

I would like Mexico to re-organize the Pan American Tournament, which was very important for us and developing hockey countries in South America, an exclusive tournament for the national teams. 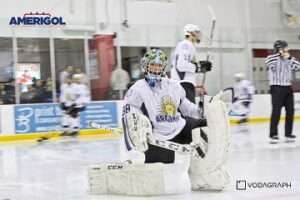 Are there any players playing outside of the country that will be playing for Argentina at the 2019 Latam Cup?

As the LATAM CUP becomes better known, Argentina players appear everywhere, some born in our country, others are children of Argentina parents that moved away, there are players in the United States, Canada, Mexico, Italy, Great Britain and I am sure that more will continue to appear.
These Children are determined to play for us.

What would you say is the talent level of the Argentina ice hockey players and can any them play minor or pro in North America?

The Argentinians are always well positioned in many sports, football, rugby, field hockey, basketball, tennis, boxing, judo, etc., I have no doubt that one day we will have the necessary infrastructure to develop Argentina hockey and we will have good hockey players on ice, but it will take a long time.

We currently have no players, who have the level to play in the professional leagues in the North America.

Currently Argentina does not take part in IIHF World Championships program. Do see this changing in the future?

The IIHF has a rule that does not allow any members to participate in the world championships, as long as it does not have a covered ice rink.

There is a project going on to put a roof on the ice rink of Ushuaia, which has the regulatory measures, which would give us the opportunity to participate in the programs of the IIHF world championships.

For this reason, it is important that the IIHF support the DEVELOPMENT CUP and other such tournaments, it gives us the possibility and countries that do not have an ice rink, to participate in an international tournaments endorsed by the International Ice hockey Federation Federation.

What is the one thing that is unique about playing ice hockey in Argentina?

I do not know if it is unique, but the passion that the players put to overcome and reach a competitive level, is what characterizes our athletes.