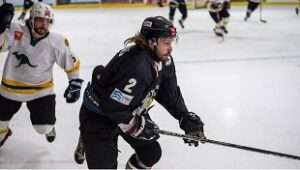 Liam Stewart made his debut in the New Zealand Ice Blacks jersey against Australia in Queenstown, on his 25th birthday

A touch of Liam Stewart magic secured an Ice Blacks win in the first match of a three-game ice hockey series against Australia’s Mighty Roos, in Queenstown.

With only 90 seconds to go and the kiwis ahead by one goal deep in the Australian zone, the Roos called time and replaced their goalie with a sixth player in the hope of securing a draw.

But every minute is a long minute in ice hockey and as the battle around the goal intensified, the Ice Blacks pulled the puck far enough out for Stewart to wrangle possession and flick it to Jordan Challis to take the easy goal

The 6-4 win brought the crowd to their feet and provided a bonus for Stewart, the son of kiwi supermodel Rachel Hunter and rocker Rod Stewart, who was wearing the black jersey for the first time – and on his 25th birthday

Ice Blacks captain Nick Craig said Stewart had had a cracking debut, despite unlucky misses on several goal attempts, including a couple of occasions when the puck hit the posts. 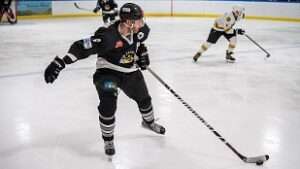 “You could see he had wheels on out there.

“He was driving hard down the boards and I think he picked up a couple of points on the assist as well…he had a huge game on his debut.”

Stewart has previously represented Great Britain in the international arena and has been in prolific form for New Zealand Ice Hockey League frontrunners Queenstown Stampede, scoring a competition-best 18 goals during the regular season.

It is the third year the competition has run as part of the Winter Games NZ, with the Australians and New Zealanders each having won a series previously.

Ice Blacks team manager Ross Burns said the Australians, who are one division higher than the kiwis in the world rankings, had brought a competitive team with them.

“They lost last year and they didn’t like that,” he said.

It was a unique opportunity for the New Zealanders to play some stronger competition as they aimed to climb a division at next year’s World Champs in Iceland.

“We’ve been in the same division for the last six years. It’s time.”

“It felt really good. We’ve only come together last night as a team with one training but we’ve got a few veterans back in the squad and a few newbies and we just put it all together tonight.”

The defencemen worked hard under unrelenting Australian pressure and the forwards played some fantastic offence with great passing and goals, he said.

Another highlight for the team was having Sky broadcast the series live for the first time, he said.

“The more exposure we get, the more opportunity for people to see us play and in turn more sponsorship on board.

“It is a tough sport to play in New Zealand – a minority sport and we pay a lot of money for the ice fees and our gear is quite expensive.”

Burns said it cost players between $4000 and $5000 each to represent New Zealand at a World Cup.

The series continues on Friday and Saturday nights at Queenstown Ice Arena.

They will be broadcast live on Sky Sport 9 from 6.50pm.

How Surrey’s Glen Foll became a hockey legend in Australia 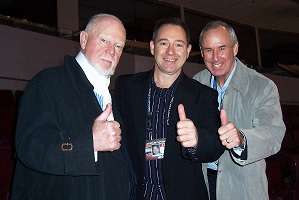 From hockey rinks in Surrey to Australia and well beyond, Glen Foll has seen the world playing Canada’s game.

Thailand, the Philippines, South Africa, Spain – Foll stick-handled and shot pucks at arenas in those countries, too, thanks to a decision made by the Surrey-raised defenseman in 1982.

This year, after nearly four decades of playing, coaching and refereeing in Australia, Foll became an honored member of the country’s fledgling Hockey Hall of Fame.

He’s a hockey legend Down Under, having captained the national team a record 15 times in the years from 1988 to 2006.

“I got to play in a lot of places you wouldn’t expect to have hockey,” Foll said this week on the phone from his home in Adelaide, South Australia’s coastal capital.

“I played in 16 world championships, and captained 15 of those 16 teams. I was an assistant captain the first year,” Foll explained.

“I have a lot of good memories,” he added. 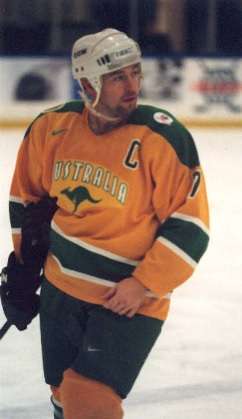 At North Surrey Arena, which is slated for demolition next year, Foll first began skating at age five.

“My first year of hockey was the first year the rec centre opened,” said the New Westminster-born Foll, who grew up in the Whalley area, near 124th Street and 102nd Avenue.

As the 1970s faded into the early 1980s, a few years of junior hockey followed for Foll, but a pro career in North America didn’t happen for him.

That’s when a recruiter in Australia came calling, and Foll flew off to play pro for the Macquarie Bears, in Sydney.

“Originally I was going to go to Australia for a holiday,” Foll said in a 2003 interview. “I then found out through a friend that there was ice hockey in Australia. I wrote to the ice hockey federation for more information, they sent me an overseas player form which gets sent out to all the clubs.”

He played three seasons in Sydney, followed by a brief return to North America.

Australia called once again, and in the seasons since, Foll has won nine Goodall Cups in the country, six IIHF bronze medals in divisions two or three, and three silver.

“Arriving in Australia at the end of a mostly unrecognized junior career in Canadian minor hockey, Glen Foll came to best represent all that the Australian game should aspire to with an imported marquee champion,” said a recent post on the “Legends of Australian Ice” Facebook page. 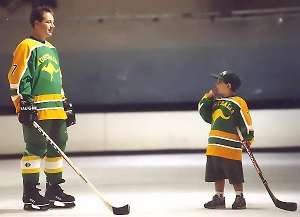 Glen Foll on the ice years ago with son Ryan, who is now 23 years of age

In all, Foll played 76 games in a “Mighty Roos” jersey, scoring nearly a point a game, on average – 22 goals and 46 assists, according to a bio posted to icelegendsaustralia.com.

In a country where hockey is far from the favourite sport, Foll has helped build the game since his arrival in Australia.

“I’m still involved in coaching here, and it’s been that way almost since Day 1, in one level or another,” he said.

“Coaching and reffing are two big areas that are lacking down here. The growth of the sport here is dictated by the number of rinks. For example, here in Adelaide we have only one ice rink, and the city’s population is close to 1.3 million, so the sport is at its capacity.”

Foll said his favourite Australian hockey memory was winning a bronze medal at the C Pool world championships in 1992.

“We were not expected to do very well and we beat Hungary 8-1 and Belgium 6-2 that year,” he recalled.

“One of my jerseys is in the Hockey Hall of Fame in Toronto, which was also a big thing for me. When the IIHF had its 90th anniversary, each country was asked for a jersey for the new international part of the Hall of Fame, (and) our federation chose mine to go in.”

“I get back to Surrey three or four times a year, for buiness, but very short trips,” Foll said.

North Surrey’s Peanut Rep Team 1968/69. Glen Foll is in the back row, third from the right, next to the A