Q & A With Cyril Bollers 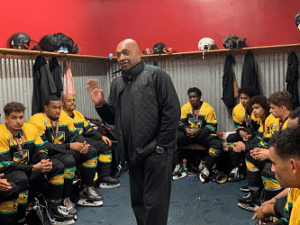 Flowing the first steps of the famous Jamaican Bobsleigh team Jamaica ice hockey is forming there own identity. Jamaica joined the IIHF on May 18th, 2012 it is the first Caribbean nation to accomplish this.

On September 6th, 2019, Jamaica men’s national team played in there first international tournament against other national team at the Amerigol LATAM Cup.

We had an opportunity to speak with the head coach of the Jamaican team Cyril Bollers.

How did you get into coaching and did you ever dream that you would be coaching Jamaica National Ice Hockey Team?

I started coaching 18 years ago because I was told I couldn’t’ and shouldn’t. I have had the opportunity to work with Hockey Canada as an assistant coach with U16 Team Ontario for the Canada Winter Games in Prince George BC. Having the opportunity to coach the Jamaican Men’s National Team is unbelievable, a dream come true.


This was the first time a Jamaican men’s team competed for the country, can you tells us the processes for putting the team together?

What were your expectations going into the Latam Cup?

Heading into the Latam cup the focus was to compete and compete at the highest level. I wanted the team to push the tempo for 60 minutes while utilizing team speed in the neutral and offensive zones. Playing without the puck and communication would be the keys to the team success.

By winning the Latam Cup, what has it done for Jamaican ice hockey?

Winning the Latam Cup gives the program and the players instant credibility. 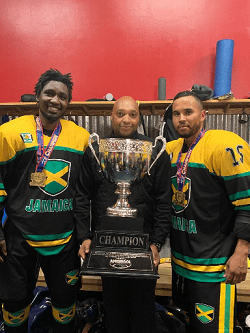 Overall what did you think of the Latam Cup and if ask will Jamaica return to this event?

This is the second year of the tournament and as grows the competition will only get better. The tournament was well run and organized. As this year’s champions we will definitely be back next season to defend our title.

There is a Canadian investor willing to build and ice rink on the north coast of Jamaica, how real is this and what would be the time frame to have this project completed?

That is a question for our business operations team, but I believe winning this tournament has accelerated the process and interest from within the country.

In your opinion, is it worth developing Ice hockey in Jamaica?

Having the opportunity to coach in both the Greater Toronto Hockey League and the Ontario Junior Hockey league, I have notice a large increase in minorities playing the sport over the last couple of years. The development of grass-roots hockey is not only imperative to the growth of the sport but to the growth of a nation. 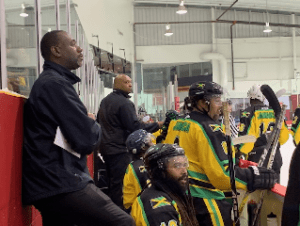 You are the coach of the Toronto Marlboros Minor Midget team. Can you talk about this organization and how it has help you become a better coach?

Elite players, Elite coaching = Elite results. The mission of the Toronto Marlboros Hockey Club is to nurture the complete player and develop a well-rounded citizen. The Marlboros emphasize a healthy balance in hockey and life, because hockey is part of one’s life, it is not the rest of one’s life. It is a privilege for players’ and coaches’ to represent the Marlboros. We expect them to be ambassadors for the game.

In your opinion, are their any players on the Toronto Marlboros that you think may star in the NHL one day? There are numerous players playing in the NHL.

Who are some of your favorite NHL Players and why?