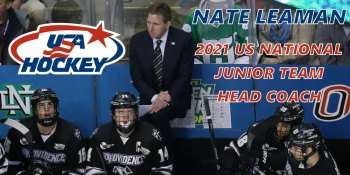 Nate Leaman who has led the Providence College men’s ice hockey team to six straight NCAA berths, including the 2015 NCAA championship, has been named head coach of the 2021 U.S. National Junior Team, it was announced today by USA Hockey. 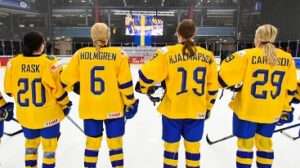 The Swedish Ice Hockey Association has signed Ulf Lundberg to a two-year contract as new head coach of the Swedish women’s national team.

Lundberg will take over as of May and replace Ylva Martinsen, who has been coaching the team during the past two seasons.

“Getting the assignment as the head coach of the women’s national team feels very exciting and stimulating. Being able to represent a Swedish national team is great. There have been a lot of good things happen in Swedish girls’ and women’s hockey now. I see great potential going forward so it feels very cool and inspiring to be with and lead and contribute to the development going forward,” says Ulf Lundberg.

Lundberg has previously worked as a player and leadership development manager at the Swedish Ice Hockey Association while coaching the U16 and U17 men’s national teams during ten years. During the past three seasons he has been the head coach of Sodertalje SK in the second-tier men’s league HockeyAllsvenskan.

The 40-year-old will have two major tasks coming up in 2021 as Sweden’s “Damkronorna” aims at getting back to the top division of the IIHF Ice Hockey Women’s World Championship as well as succeeding in the Olympic Qualification for Beijing 2022.