Q & A With Dino Pasovic 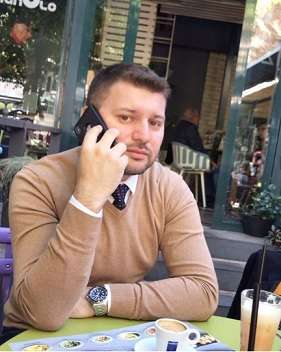 How did you get into sports, and why did you choose hockey rather than bandy?

As a child, I loved sports. I loved football, hockey and more. After the war in Bosnia, several guys organized a hockey team. These guys were my neighbors, so I joined them. I immediately fell in love with hockey. Bandy is not in our country, so the choice.

We started playing hockey in the summer of 2002. and a few months later we started the BiH Hockey League. We promoted hockey in the country through amateur tournaments.

Which club do you play for? Tell us about the championship of Bosnia & Herzegovina.

I am currently playing for the hockey club Medvjedi Sarajevo. In general, only four teams take part in the championship. But this is enough to obtain official status.

Are there indoor ice rinks in the country, is there a school for the development of hockey for children?

We need indoor skating rinks in every big city in the country. Also, the government does not provide enough support toward the game. 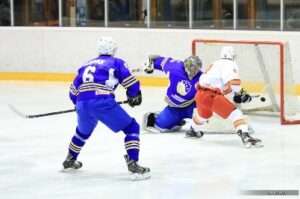 Dino Pasovic with a great save

How do hockey players prepare for the season?

Usually hockey players attend summer hockey camps throughout Europe, but now everything is closed due to the coronavirus. We are in self-isolation, doing it at home.
Before the World Championships, we are going abroad to play amateur tournaments. About 3-5 times a year we play in another country. This was a great way to prepare for the tournament.

Are there any professional hockey players?

All our players play at an amateur level, so there are no professional contracts, but we have a passion for hockey, and all our free time is spent on games and the development of hockey.

Which year was the best for you?

Express your opinion on the situation with the national team of Kyrgyzstan, which occurred in Abu Dhabi in 2019?

I do not support this way of selecting players. The team had only 4 domestic players, and all the other players were Russians. I do not see how the registration of foreign players contributes to the development of domestic hockey. In addition, the refs are not at the professional level that their foreign colleagues are, who Ref in Russia professionally, and they are not able to assess a particular situation objectively, they cannot adapt to the pace of the game. Thus, In Abu Dhabi there were many penalties and stoppage of play the games were hard and there was no way to play at full strength, had to exercise caution.
In no way do I support Foreign players on the national team, small hockey countries must develop their own youth programs, and over time the quality will come. (I Recall that there was a scandal at the 2019 World Championships in division 4 – the Kyrgyz national team was disqualified before the last match of the tournament Alexei Titov, who according to IIHF did not have the right to play in the tournament. The national team lost their victory at that World Championship because all 5 games were forfeit. The IIHF provided Kyrgyzstan with the opportunity to host Div IV in 2020, but the tournament was postponed due to the coronavirus epidemic. 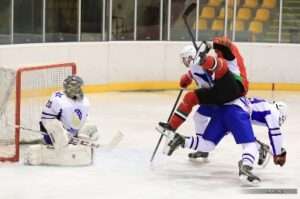 Dino Pasovic watches is defender up end the opponent

What would you choose: to become an NHL player or for Bosnia & Herzegovina to join the IIHF elite?

If Bosnia & Herzegovina joins the IIHF elite, it will mean that I play for some NHL club.

What Russian hockey players do you know?

Do you watch the KHL?

Oh sure. When I have time, I always watch the KHL. I prefer the SKA team.

The first part of your surname in Russian means “Pass”, that is, “Assist.” Why are you  a goalie with such a name?

(lol) Our languages ​​are similar. In Bosnian, the word “pas” also means “assist,” but that’s no reason to play Forward,  But this is a funny remark.

McDonald’s is delicious, but as an athlete I eat fast food only in the off-season. And in general in all McDonald’s are very tasty. 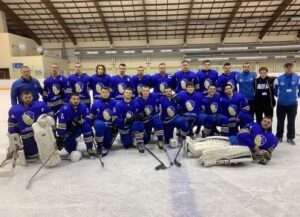