Q & A With Armin Helfer 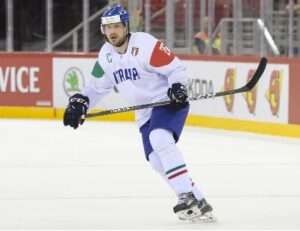 The legendary Italian national team Armin Helfer gave an interview as an ex-hockey player, in which he talked about how he spent 20 years on the national team.

When did you decide to end your career?

It is very sad that it happened. It’s sad that it’s annoying, but the cancellation of the competition was the right decision, and now we all just need to sit and wait out the pandemic and return to hockey again.

For the last 4 years, you have devoted yourself to training players at Brunico. What does this mean for you and what, in your opinion, can you teach hockey players?

I really like working with young hockey players. I feel that they respect me, they see me as an example. I try to convey to them my passion for this sport, I try to improve their skills and come up with interesting exercises,  but it was difficult as I was a player and coach. Now I can fully concentrate only on coaching.

You had a wonderful 20-year career. How has hockey changed over the past twenty years?

I will say briefly: you play more – you leave less.

How has the national team changed during this time?

In 2000, there was a completely different team. Now we have more Italians in the squad, but it would be interesting to have a match between Italy 2000 and Italy 2020. 2000s players would make modern Italy look good. (lol)

What would be the fate of the national team at the World Championships in Switzerland?

Our team is close-knit and we could compete. Last year we were able to defeat Austria, and this year we could have beaten Kazakhstan.

Despite the fact that Italy is far from a hockey country, it is competitive every year and often plays in the elite and takes medals in IA. How do you explain this?

Each player who plays for the national team gives 100%. No matter where you came from, you are part of the team. We have incredible unity and all the same – you came to the national team from the local championship or from the top leagues of Europe. This is our advantage. We are working to be more united, we train harder, thereby improving our skills. We will never lose team spirit. 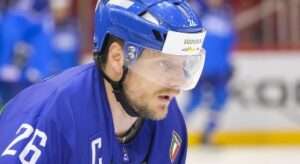 The most pleasant memory during the games for the national team?

My goal against Hungary in overtime at the 2011 World Cup IA. Thanks to him, we entered the TOP division next year.

What about in the 2006 Olympics in Turin?

The participation in the Olympics is incredible. During the opening ceremonies, I saw my teammates cry, and I had goosebumps. I will never forget how I felt at that moment. I looked at the Olympic flame and recalled how I dreamed of being in it has a child.


You have been called up to the national team 20 years in a row. How could you stay at that level all this time?

When you play for the national team against the best players in the world, you yourself become better. You get a tremendous experience. Every year I got better. And when I left to play in Europe, I was already prepared to play. I grew up as a player and as a person.

Will we ever see you in another Italian form? (hint at the national team coach)

I wish I could.