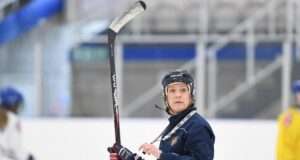 Former GB international Hand, a legend of the British game, has seen his role as the national development head coach expanded from overseeing the men’s Under-20s, Under-18s and Under-16s to now work with coaches and players’ from across the women’s national set-up.

The Edinburgh-born former NHL draft pick, who as head coach took the GB men’s team to the final qualifying stages for the Olympic Games in Sochi in 2014, took up his national development role in August 2016.

“We have a great women’s program and some amazing young talent mixed in with a core of experienced senior players,” said Sheffield-born Smith,. 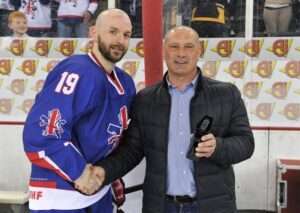 “Tony’s experience will only enhance that and I look forward to working with him in the future. I am sure the coaches and players will learn a lot from Tony’s many years of experience.

Hand, who played for Sheffield Steelers between 1995-99, coached Manchester Phoenix from 2006-17 and is also currently head coach at Murrayfield Racers in the Scottish National league, said: “We have some fantastic talent in the women’s programme, with some very exciting young prospects.

“I’m also looking forward to working alongside the great set of coaches we have in the women’s set-up when next season gets underway.”

Ice Hockey UK chairman, Richard Grieveson, added: “Tony will be a massive asset to the women’s programme. He has done fantastic work with our juniors since 2016 and it seemed natural to expand this to the women too.”