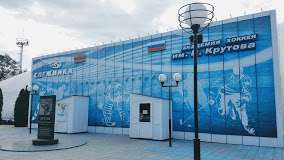 A forgotten remnant of the Soviet Union, Transnistria is an unrecognized country hidden behind a heavily militarized border between Moldova and Ukraine.

Transnistria is one of a number of frozen conflict zones that emerged following the 1991 fall of the Soviet Union. While almost every other country in the world refuses to acknowledge the independence of Transnistria, this autonomous territory features its own presidential government, a national flag, anthem and even a currency: the Transnistrian Ruble.

One of the most notable things about Transnistria and Tiraspol (the second largest city in Moldova and the capital of Transnistria) in particular is the prevalence of Soviet symbology. While socialist monuments and busts of Lenin may still be commonplace in other former-USSR nations such as Ukraine, Belarus and Russia, Transnistria goes one step further, actually referring to itself as a ‘soviet state.’

Built according to the Polish project, allows developing such sports as hockey and figure skating in Transnistria . Powerful refrigeration units allow you to keep minus temperatures on the surface of the ice rink.


It offers visitors – cafes , locker rooms, showers , skate rental. The room has permanent stands with 600 seats. During the holidays, additional stands are set up. As a result, the number of seats for spectators is 1058. There are also 2 skate dryers in the ice rink. 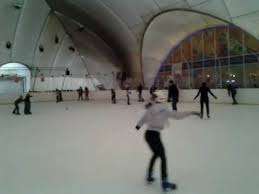 In June 2008, the construction of the ice rink was completed, and the opening ceremony was performed by world-famous Russian skaters who presented the ice show created by the general director of the Ice Symphony company Ilya Averbukh .

In 2011, a figure skating competition was held at the rink and in August 2013, a monument to the great hockey player Vladimir Krutov was erected at the rink’s entrance. The ceremony was attended his widow Nina Krutov and outstanding soviet hockey players Alexander Yakushev, Sergei Makarov and Alexander Kozhevnikov. 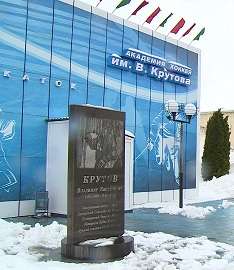