Johann Leifsson: “I fell in love with hockey at first sight” 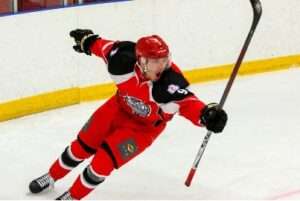 
Forward of the Icelandic team “Skautafélag Akureyar”, Johann Leifsson talked about how he fell in love with hockey, what he does in his free time from and what is needed for the development of hockey in Iceland.

How did it happen that I chose hockey?

I was born in Akureyri and from an early age I became interested in hockey. For this I must be grateful to my mother. I started hockey at about 3 years old. My mom brought me to the ice rink with my older brother, who also playing hockey all ready. I fell in love with hockey at first sight.

What role did your move to North America play?

I left for the USA at the age of 18. For this, I have to give a big “thank you” to my coach from Iceland. He told me that he could help me move to North America. I was very excited, because Canada is a new country for me, and it was not clear how I would look against other players. I moved to the Niagara Fury ice hockey club it was just created at that time, and the league we played in lasted only one season, and for some season there, there were only two teams: us and Erie Blizzard. Before the start of the new season, “Erie” went into the MJHL league, and our “league” closed and the Niagara team was disbanded. But I learned a lot there and that season only benefited me. After a season I returned to the SA Vikingar.

What can you say about the season in Sweden? Are there any offers from other countries now?

The season in Sweden became a new challenge for me. I went there in 2015 to play for Motala AIF for the season. Sweden really helped me as a player and as a person to become better. I had a lot of fun playing there, we had a good team and we went to the playoffs, where we could get a promotion and move up to a higher division, but then we could not get into the higher division. We played in the second division. Now I have no offers to play in other countries, but if there are any, I will always consider them.

“What is it like to be an assistant captain and the captain yourself?” How many times in your career have you performed these duties?

I was the captain for only one season – 14/15 in the Skautafélag Akureyar. You should be proud of this, because the team trusts you and gives you the right to be a leader on the ice and off the ice. For many years I was an assistant captain in SA Vikingar. In Jotnarnir I tried to be a role model and help my teammates if they needed my help. The team had players who are older than me and definitely I learned a lot from them.

Tell me about hockey in Iceland?

We have one league, it has three teams: Björnin, Reykjavik and Skautafélag Akureyar, in which I play. We play against each other four games at home and four games away. It turns out that in all we have 16 games in the championship, half of which takes place on home ice. At the end of the regular season, the playoffs begin. In the playoffs, we play the best out five (three wins to win a series). There are only three ice rinks in Iceland: two in Reykjavik, one in the northern part of the country. The country is trying to build more ice rinks, but if this does not happen then it will be difficult to expand for new teams in the league.

Iceland has a club player development program, including Akureyar. This program is really good, but due to the large number of players, we are forced to say no to hockey players who are just starting their careers. 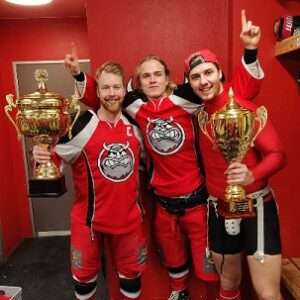 What is the most popular sport in the country? How popular is hockey? Do many fans go to hockey games?

At one time there was a huge stir after the success of the Icelandic national football team. Do you think it is possible with hockey?

Of course, it is possible that hockey can become popular, as was the case with football, and for this we should have even more skating rinks. This will lead to the emergence of new teams and new palyers, then we will have more games and we will be able to develop hockey in the country.

Was the success of the Icelandic youth hockey team a surprise to you?

“No, that didn’t surprise me at all.” We have young players with great talent. They just returned to the division in which they were supposed to play (Iceland U-20 won the IIHF ICE HOCKEY U20 WORLD CHAMPIONSHIP Division III by defeating Australia in the final.

Do clubs pay salaries to players?

No, they don’t pay, but we don’t have pay-to-play either. Clubs get money for winning the championship, but none of this money goes to hockey players.


What do you do for work?


I work in a service center for children with special educational needs.

Are there many foreigners in the championship?

No. We had several foreigners on the team before, and last season we had no foreigners at all. In general, one Russian plays in the championship, there is a Latvian and there are a couple of hockey players from Europe.

What do you think is the best hockey player in the history of Iceland? Which of the young players can become a star?

“There are a few guys worth talking about.” Emil Alengård (11/19/1987) – is the best player who played in our team, he is an Icelander who has never played in Iceland, he grew up in Sweden and played his career there. He spent most of his time in the first division. Now he is training the junior team in AIK. In general we have players like him who play well in Sweden quite a lot. For example, Dennis and Robin Hedstrom, who both play a big roles on the national team they are 32 and 31 years old, respectively.

There are hockey players who played almost all the time in our native country – Iceland. Jon Gislason, I think, is at the top of this list for me. Mainly because he was the best when I followed the team and was the best when I joined the team and even now he is a cool manager. On ice, he is still one of the best when he joins our training. Jon also has experience playing in the Asian League and Denmark. Do not forget about Sigurdur Sigurdsson (02.24.1976). Everyone in my hometown who heard about hockey knows who Siggy, when foreign players join our team, usually Siggy helps them in everything. Sigurdsson best time was before I joined the team, and from the stories about him everyone says the same thing – he dominated the league. He also played in Finland before my birth.

Finally, the captain of our national team and he is the only player who played more than a hundred games in our league. (Ingvar Jonsson (02/11/1981). Ingvar played two seasons in Denmark, the rest of the time he spent in Iceland. Since I joined the team, he has been there all the time and this is really a big part of the success that we have achieved all these years. These 3 players Jon, Siggy and Ingvar were the key players of our club and I consider them the best Icelandic players who played here. has for young players we have some really talented young guys, most of whom are currently playing abroad. For example, Axel Orongan (01/31/2001), who had previously played in Sweden and the United States. My nephew Hakon Magnusson (02/11/2003) also plays in Sweden with another talented player – Unnar Runarsson (12/29/2002). Gunnar Arason (03.15. 2001) plays in Canada. These guys are now one of the best young hockey players in Iceland and in recent years they have played a big role in the success of the national teams under 18 years old.

In December, there was a qualification for the Olympic Games. What were your expectations when you knew your rivals?

Expectations were only good when we recognized our rivals. We used to play against them all. We did not expect such a bad game against Romania. Israel and Kyrgyzstan beat pretty easily (5: 0 and 9: 4, respectively)

You lost to Romania in the last game with a big score, although before that you played on equal terms with them. How can one explain such a result?

We have a young team. Romanians were better than us in all aspects of the game. Such a loss (10: 1) is really not the best way to end the Olympic Games, but sometimes it happens in hockey. 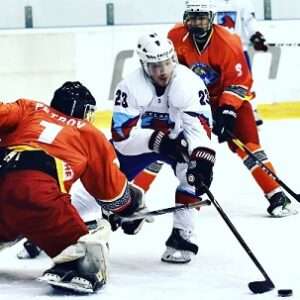 Annually, Skautafélag Akureyari participates in the Continental Cup. What has this tournament done for the team? Which match do you remember the most and why?

I am very glad that teams from Iceland can take part in the Continental Cup. It helps us to become better, and also opens up the opportunity for young children to play abroad. Most of all I remember the games against HK Kurbads and HC Donbass in 2018. We were very close to beating HC Donbass, but in the last minutes they scored two goals on us within 25 seconds and we lost the chance of winning (in October 2018, Donbass beat Skautafélag Akureyari 6: 3, and Kurbads defeated the Icelanders 9: 2)