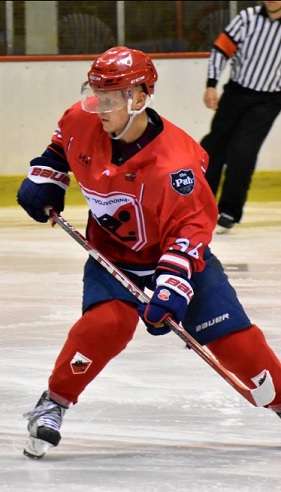 Russian hockey player Maksim Laptev gave an interview to NToIH and talked about why he left Novosibirsk for Serbia at the age of 17 and why Serbia is the best country for playing hockey, despite the fact that he played in Finland.

I was born on December 14, 1994 in Novosibirsk. I’m also a pupil of Siberia, I spent all my childhood there until the age of 16-17. In 2011, I was at a summer camp in Novosibirsk. Since many in our city already played in Serbia, I received an offer to go play in the Hungarian championship. One Russian hockey player wrote to me saying If I want to play in Serbia. I gave my consent, and he gave my consent to Alex Andjelic (trainer in Serbia). Alex wrote to me on Facebook. The team was based in Serbia in Novi Sad. They provided everyone an apartment, three meals a day, a salary of 300 euros. Plus, tickets to Serbia, a Russian school, equipment, and so on. In general, I want to go and play. What could I think I was 16 years old? Live alone in chic conditions, play hockey and get paid. My Parents were shocked, of course, from the fact that I decided to leave. but I really wanted it and therefore made a decision. Four other Russian players left with me.

We had a very strong coaching staff – Alex Andjelic was the head coach, Daniel Cuomo and Danny Peters were assistant coaches.

When I came to ice rink for the first time, it seems so easy to play, for me because Serbians are not technical and are not fast. They were the best players from all country.  We were given a task has a mission was to help Serbian players.

After years these Serbian players successfully perform in different leagues. The atmosphere was great and because of 5 Russian players, “they helped me to”. The club management was happy with the outcome of the season. We went to play-offs, we went two rounds.

After the season I went to Finland. I wanted to grow up as a player, I wanted to play in a where hockey was very popular. And of course money was the one of reason to come to Finland. 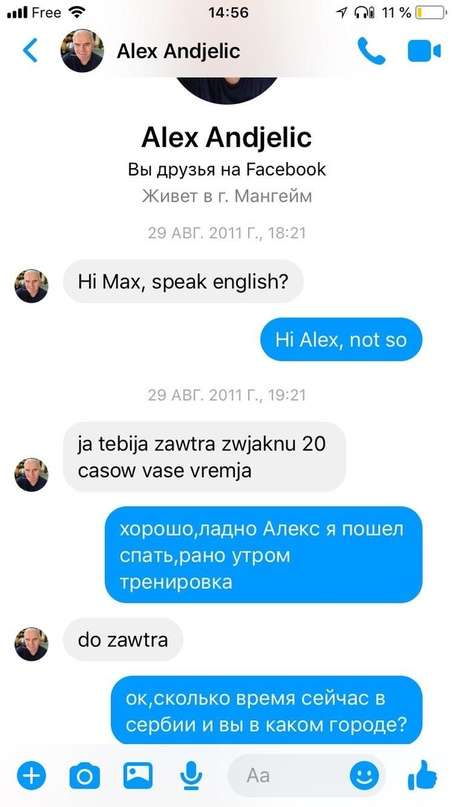 My first Finnish team Et-Po 72, I had good experience with adult hockey players I would play with them and gain experience. The league where I played consisted mainly of hockey players who came home to play for their local club at the end of their careers. but some clubs also had higher paid players – they would buy players. After two seasons in Et-Po 72, in the 14/15 season I moved to the Lyamarit team from a higher division. The league was better there, since the Lapland region is the strongest in Finland, they are all teams on the same level. It was interesting, a good training process and competition, but in Lyamarit it was not possible to spend a full season, as I received a shoulder injury at the beginning of the season. Then I moved to another club – TIHC. This was the best club at that time, and they won the title that same year, but without me, because they refused my visa. Therefore, I had to look for something in the middle of the season and I received an offer from “Red Star” to play in the Slovenian championship. (For two seasons in Lyamyarit and TIHC Maxim played 11 matches, scored two goals and gave up two assists) 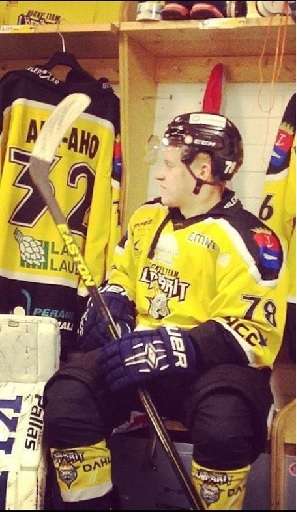 Maksim was part of Lyamyarit

Pros and cons of hockey in Serbia

The advantages of Serbian hockey is the thrill of life and playing in Serbia. You enjoy life and do what you love. It is warm there, summer cafes, restaurants, beautiful girls, nightlife – this is the best, probably from all the countries where I have been. Well, people, of course, are very fraternal to Russians.

Of the minuses, of course, is the lack of ice and stadiums. They don’t have ice in the summer and the guys do not train on ice 5-6 months after the end of the season.

In fact, there is no Serbian championship, the only two teams – “Red Star” and “Vojvodina”. they were always interested more in the Slovenian league, and the Serbian league exists only for IIHF requirements. This is necessary for the IIHF to have a team for the Continental Cup and a team for the World Championships.

Initially, as soon as I arrived, I received an offer to make a passport. I started the registration process, I was busy with all the papers, but then I went to play in Finland and everything stopped. This year they called me and asked me to send all my documents to complete the process with my passport. I think everything would be ready for the World Championships. I didn’t ask this question much, because I was focused only on my team in France.

About a career in France

After “Red Star” I played two seasons in “Vojvodina”. In May 2018, I had knee surgery, the recovery was a long time, and I missed the summer camp. If you didn’t pass the training camp with the team in the summer, then it’s hard to get in shape and join somewhere in the middle of the season.  In November, only my agent wrote to me that there was an offer from Sweden and France. I understood that the main thing now is to play somewhere and get in shape and I chose France. They were given very good training, and I am happy to be here. Reims is a good city, and the club itself has a huge history and the have highest goals that we completed this year – we went up from the fourth division to the third. 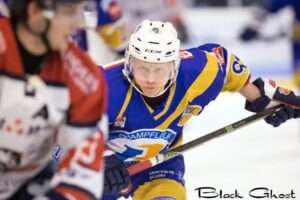 Maksim as a member of Reims

The best season for hockey in Serbia?

I don’t know about there history, but everything turned out well in one year, that they won three championships. From the U20 team I know that many guys played outside of Serbia – in the championships of Hungary, Slovenia. Plus they have a very good trainer from Canada, Fred Perone.

And the national team held the World Championships at home. This is also a plus. I hope that in Serbia everything will improve for the better (In 2019, the Serbian national teams won tournaments in all their divisions: adult IIA, youth IIB and junior IIB, and 19-year-old striker Marko Dragovic was the only player who participated in all these tournaments)

Serbians are the freaks , It was my first season for “Vojvodina”. We played at some tournament for 2 days. I told my coach “I don’t want to play, I want to rest”, but on the second day he called me and said: “Come on, we need to win this tournament. I send a car for you”. In our team we had a lot of Serbians and a little bit Canadians. They were so weird. They do anything on the ice, but they can’t shoot.