There is immense potential to develop winter sports in Pakistan and the 2020 season was just the tip of the iceberg, says organizers

Winter sports and adventure sports events have been happening for some time now, but it was from the beginning of this year that word really started spreading about all the activities that are actually happening in Pakistan.

The season started with a range of skiing and snowboarding competitions held at Malam Jabba and Naltar – the two main ski resorts of the country.

The Hindukush Snow Sports Festival held in Chitral, along with the Snow Marathon and a Winter Sports Gala held in Malam Jabba were received with a lot of positivity by the attendees and the residents of the areas. With such events attracting people from all over the world, it has done wonders for the tourism industry of the country.

We spoke to Air Commodore (Retd.) Shahid Nadeem, a prominent name in Pakistan’s winter sports who has been associated with such events and activities for the last 28 years; he is the former secretary of Winter Sports Federation and now Convener, Adventure Group National Tourism Coordination Board. “I’m making the calendar for 2021 where we intend to hold the national championships for the first time in curling, ice hockey and skating.

“We’ve had several festivals since the beginning of the year. There are certain events that are happening every year and some events happened for the first time this year – like the International Snowboarding Festival – and hopefully we will keep building on these. One of our events in January, the Winter Sports Circuit, had two coaches coming from abroad who even conducted classes for the local participants,” says Shahid. 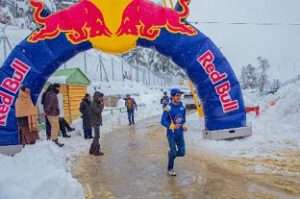 He shared that events this year had been very successful. An example was the Snow Marathon that happened at Malam Jabba in March – which was the first of its kind and attracted around 120 people.

The organizers put in immense effort in making this event a possibility and the participants had a wonderful experience. What is really encouraging to see is that from Chitral to Swat to GB, winter sports such as skiing, snowboarding and ice skating are getting popular in Pakistan’s northern regions.

In general, more people are joining these activities with the number of athletes increasing with every event.

For Pakistan, things are gradually building up for winter sports. Previously there was only one destination, Naltar, where some activities took place. Now, there are many locations that have started such events and many places that are being explored.

Malam Jabba’s comparatively close proximity to the capital and its geographical features make it ideal for winter sports events, which is why many training programs have kicked off there.

There are also areas such as Madak Lusht and many more in the works that have also started conducted events. Compared to last year, the amount of tourist that visited this time was double.

There are 8-10 winter sports clubs in Gilgit-Baltistan that allow for people to get plenty of opportunity to partake in winter sports activities. One can confidently say there’s a lot more to look forward to. 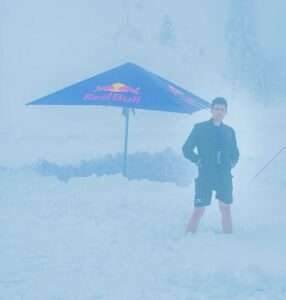 With the introduction of new sports such as ice hockey, curling, figure skating and winter action adventure sports people now have more options. Furthermore, it is becoming easier for people to enjoy these sports with much less expenditures, since all one needs is to rent shoes and they can enjoy for the whole day.

In winters, with lakes freezing over, outdoor ice rinks are affordable to make because of the temperature. However, the plan is to make such things accessible all year round.

Pakistan has some of the biggest glaciers outside the polar region and some of the highest mountains but there were no activities in these areas especially the Northern Pakistan as far as the winter season is concerned.

Initially the aim was to popularize winter tourism, through creating winter sports events in these areas. Now that it has been kicked off, there’s no stopping it. In fact, now, Shahid Nadeem even has plans for the summers.

“We’re working on indoor ice rinks – like the ones we have in cities – where we can hold different series of ice sports competitions during the summertime,” said Nadeem. “Our purpose is to facilitate the region and build the capacity for various events, which is eventually going to lead to an increase of tourism in these areas.”

These efforts to make winter sports accessible all year round and increasing the events will lead to an increase in tourism. “With several organizations such as Red Bull helping out, we can definitely hope for a lot more interesting events to take place in the future,” says Nadeem.