Q & A with Pedro Tonietto 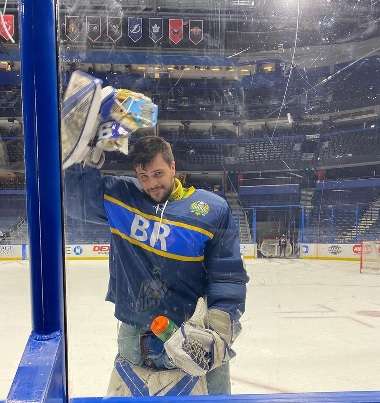 Brazil goalkeeper Pedro Tonietto kindly chatted with us and told us a lot of interesting things about local hockey in Brazil.


First, tell us a little about yourself?

I was born in a small town in the south of Brazil, where they do not know about hockey at all. I am 27 years old and 8 years ago I moved to the USA from Brazil. Now I live in Tampa Bay.

Why did you choose ice hockey?

In fact, a lot of people fell in love with this game after watching the movie “Mighty Ducks”. I was one of them. As a child, I played roller hockey, but I always thought ice hockey was cooler. When I moved to Florida at age 19, I was still learning how skate and my passion turned into an obsession.

I’m currently a Financial Analyst at a private wealth advisory firm. That has nothing to do with ice hockey, which at times turns out to be really challenging to do both at the same time. Fortunately I have a passion for finance as well as hockey, so I make it work.

Do you play for any club or only in the national team?

I have been playing for the national team since 2015, we played in the first in Pan American tournament, then it was abolished a new one tournament emerge  the Latam Cup. Until last year, I played for the University of Tampa. I also participate in training camps. Thanks to these camps, I have the opportunity to train with hockey players from the NHL, KHL and many other European leagues. In 2018, I trained with Shane Prince from Dynamo Minsk and then worked together with Kucherov. This camp was held in Clearwater, Florida. The camp was organized by a Swiss coach and there were many hockey players from all over the world, as well as from the USA and Canada. I always try to play for other teams when the Brazilian national team is not playing. For example, in Florida, a summer league was created, where several players from Brazil joined the teams all summer. I have a trainer and I work with them at least twice a week, sometimes even six times a week. The coach helped me a lot in ensuring that I played successfully for the national team.

There is also the Sun Coast Hockey League, which has just begun in Tampa. This is a four-team summer league, and most players are either drafted NHL players or NCAA players. I participated in three games, but I have a lot of work, so it’s not always possible to play.

What can you say about hockey in Brazil?

When you live in a country where hockey is practically absent, you will have to travel outside the country to become the best hockey player. Unfortunately, many hockey players leave Brazil to play in other countries. Hockey has been developing recently in our country, but it is not so popular so far. NHL matches are shown on Brazilian TV, this is a strong argument in favor of popularizing ice hockey in the country. In Sao Paulo recently opened an ice rink “Ice Brazil” We have great potential, We are growing the sport little by little. 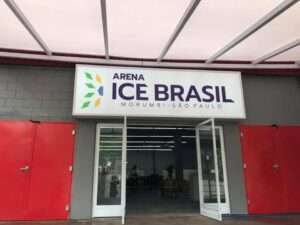 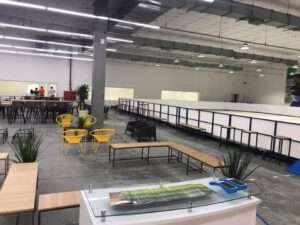 Inside the the ice rink

Football matches between Brazil and Argentina are great and have amazing atmosphere. Is it the same in hockey?

The rivalry between Brazil and Argentina is a great confrontation in all sports, including ice hockey. Despite the fact that hockey in these countries is a relatively a new sport, it is always interesting to watch teams that develop and compete year after year in order to understand which of them is the best. Even our second teams playing against each other are very competitive. But the coolest thing is that both teams have the same goal – to develop ice hockey in South America. Athletes from both countries get along and help each other. Even our captain lives in Argentina and plays hockey there. 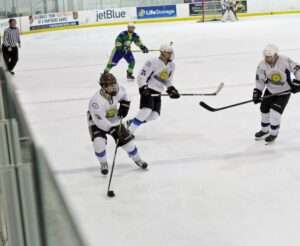 You have a joint photo with Nikita Kucherov and Artemi Panarin. Is this during that same camp?

That was in 2018, about a week after that Swiss camp was over. When Kucherov and Panarin were skating here in Florida, their coach was a good friend of mine that I used to skate with on a regular basis. Andrei Vasilevskiy was supposed to be their goalie, but he decided to skate with the prospects instead. I got a call on Sunday night asking if I would be available to skate with them, and I didn’t think twice. It was an interesting skate, Kucherov is really quiet but still a hard worker. Panarin is definitely fun to talk to. Fun fact, Kucherov split the puck in half on a wrist shot that beat me but hit the post.

Do you know Marcus Kallionkieli?” This is a Finnish Brazilian drafted by Vegas at the last NHL draft.

Yes of course! A great hockey player, I heard about him when he started playing for Brandon Wheat Kings in the WHL. As far as I know, he wanted to play for the national team, but it did not work out, because our tournaments are usually held during the season of play for his team. He would be a great addition to the national team. It’s great to see a Brazilian hockey player who is drafted in the NHL. 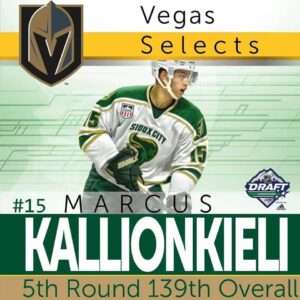 When will we see the Brazil national team at the IIHF World Hockey Championships?

It is definitely a dream for us to come true, and I believe Brazil could be part of it if ice hockey keeps growing in the country. One of the rules for a nation to compete at the IiHF World Championship is for that country to have an official ice rink  which disqualifies Brazil unfortunately. Recently, though, an ice rink with hockey capabilities was just inaugurated a few months ago in Sao Paulo, but I don’t know if that rink would qualify us. We have played against Mexico, that played Div II IIHF tournaments. Hopefully we will play it at some point. 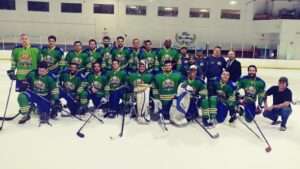