Q & A with Nadina Nichiu 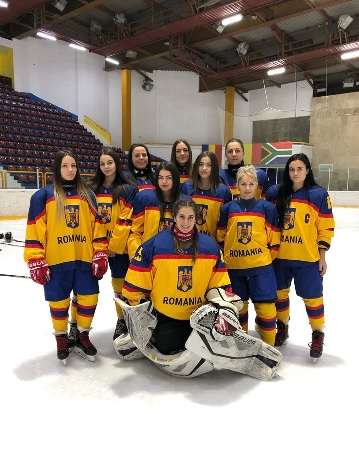 One of the most talent woman ice hockey player and goalie of national team of Romania Nadina Niciu told us about herself,about playing on the senior team and about her transfer to Finland.

Tell us about yourself?

I was born in Târgu Mureș, Romania, on the 28th of January 1999 in a city where we don’t have an ice rink. We have an outdoor rink for 3 months of the year, but only for the public. I was raised by my grandparents and I remember my grandfather always taking me to the ice rink ever since I was really really young. Maybe about 4-5? He used to take me there everyday, sometimes even twice. I fell in love with skating and I loved hockey, I’ve seen it in movies, but I had never heard anything about it in real life. I was a speed skater for 10 years, and one winter when we got off ice, the hockey team was up after us, which I was surprised to see, so I stood and watched. After their practice one of the guys let me fool around with his stick, and the coach spotted me and asked if I wanted to try it out. So I did. I was a player for 1 year. I never really had any specific goals, I played whatever I was needed. I enjoyed more to play defense cause I was a really good skater, but didn’t have any stick skills. I always wanted to play goalie, but there was no equipment in my home town. So after a year, I went and bought my own. I was almost 17 at the time, and everybody said it’s too late. So I wanted to show them how wrong they were. I was lucky to have awesome, dedicated coaches that helped me all the way through and awesome teammates that supported me. I slowly made it hard for any player to score on me, and once I got in the boys team I realized I can do even better. So I moved there with them where we had an ice rink and all the facilities, and I practiced every day for a whole season, with 4 teams in total. There were days where I would be on ice for 6-7 hours. But I loved every minute of it, those are the things that got me here. As for the women championship, my first team was «Triumf Bucharest», but they would hardly accept me as a goalie cause they needed players. So one year there was a new women team forming, «Fox Hockey» Gheorgheni, and I went to play for them, and they became my second family. I can’t thank them enough for everything. I also played for the national team. Two years in the u18 as a player, and 2 years on the seniors team as a goalie. 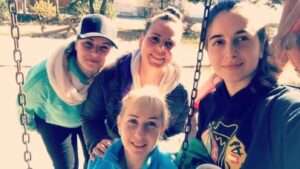 I am a postwoman, but I want to study goalie coaching as soon as possible.

Is it true that you played in the championship of Romania for the men’s team?

I played in the men’s team until the age of 20 and then only trained. I – was the only girl in the championship of Romania. I was in the application “Sapientia U23” in the season 18 \ 19.

Did you play for Sapientia that season when Sportul beat your team twice?


Yes, but I didn’t play any of these games. I am not so bad to got scored by «Sportul» players (laughing). I was supposed to play against Sportul but it was before world championships and the federation didn’t let me, so I wouldn’t get injured. They won only cause we didn’t take it seriously and after the game we were so mad. But the next day we won 17-2. Then they beat us one more time in the end of march. (9th of march 2019 romanian team «Sportul» won his first game since 2013. The lose more than two hundred games and 2233 days without win) 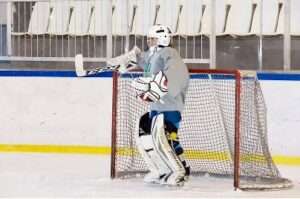 Most recently, you signed a contract with the Finnish club Koovee. How did this happen?

Two weeks ago someone said they were interested in me, so they got in touch. I automatically got excited and found out more about the club. Only heard good things about them, so I said yes! I’m really excited to get there and meet the team and play. I’m the type of goalie that gives 200% for her team so I like to believe I won’t let them down.

Tell me about your hockey career over the years? There is absolutely no information on the internet. 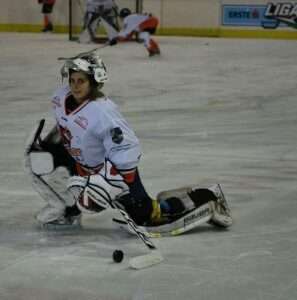 What is the situation with women’s Romanian hockey?

The Federation does not help women’s hockey. Men’s hockey is far ahead, all the money goes there, hence the result – going to Div IA. They consider us a non-competitive team, although without finances we cannot be better. At least let them give us the opportunity to train with the men’s team so that we gain experience, but this is not there idea for us.

Do any of the Romanian hockey players play abroad?

Ana Voicu plays in Canada. She is 21 years old. I know Adela Sarbu she plays there too, but she is just 16 years old. We have more players I think that have opportunities now but I wouldn’t name them before it’s a sure thing.

How did Romania celebrated promotion to Division IA?

We were all thrilled! Something like this hasn’t happened in decades. It was a huge step forward for the Romanian hockey, and I’m sure these boys will be in hockey history books

Thanks to Ukrainian born players?

They consider themselves Romanians (laughing)

What is your best game?

“I can’t choose one.” I had an amazing season, so there are many games that I consider to be the best. With the exception of the World Championships, where I was injured, I went with a shootout streak up until the end of February. I got scored on only in the last 2 games, which is a thing I’m really proud of. That still didn’t affect the team considering we finished first in the championship (but there was no awards due to the coronavirus). If I were to choose a few games, I’d probably say the Sekler Cup (women’s local friendship tournament) final against Csikszereda where we won 3-0, and the game against Belgium. I only played the last 30 minutes, But I loved the way me and the team played.

Targu-Mures has an Arena Marosvásárhelyi Műjégpálya, when will it be finnished?

No, in 2008 they began to build an arena in Tirgu Mures. A lot of money was spent, but it was not enough. 12 years have passed, and the arena has not yet been completed. Although now in Tirgu Mures a skating rink with an inflatable dome has been made.