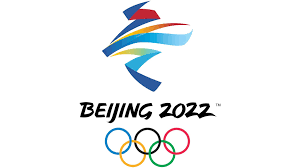 The CBA Article 24 was amended to include new subsection 24.10 including:

The NHL and the NHLPA commit to participate in the 2022 and 2026 Winter Olympics, subject to negotiation of terms acceptable to each of the NHL, NHLPA, and IIHF (and/or IOC).

The Beijing 2022 Olympics will include the top-8 teams in the world, host China and three qualifiers to be determined according to the following groups in the men’s ice hockey tournament: 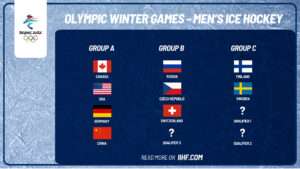 Beijing 2022 Olympics will include the top-8 teams in the world, host China and three qualifiers

The three qualifiers will be determined in the Final Olympic Qualification in August 2021. The dates would make it possible to have NHL players be added to the teams for these qualification tournaments. 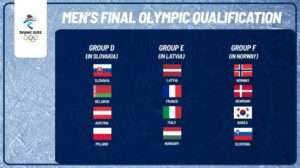 The news of the ratification of the CBA extension and the Return to Play agreement was welcomed by IIHF President René Fasel.

“This is great news for hockey,” said Fasel. “I want to congratulate Gary Bettman, Don Fehr, the players, owners, and everyone involved for their work in forging a new CBA and ensuring that the world’s top league will return to the ice soon and will continue to grow strong well into the future.”

“I am also very pleased to see that the players and owners have agreed to work towards bringing best-on-best ice hockey back to the Olympic Games, starting in Beijing 2022. After the conclusion of the NHL playoffs, we look forward to renewing our discussions with the NHL, the NHLPA, the IOC, BOCOG, and our Member National Associations, and together ensure that we can provide the very best platform for our game in Beijing and beyond.”

Fasel added that there were still a few hurdles to overcome before NHL participation could be fully confirmed.

“There are still some challenges left to address, including technical and practical discussions with all key stakeholders, before we can 100% confirm that we will have NHL players back on the ice at the Olympics. But this is a very positive and necessary step forward.”