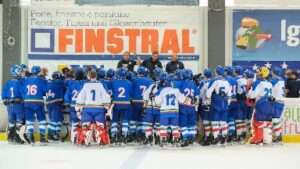 A week of intense work, with many sessions on the ice and off the ice, for the 44 Italian  players who participated in the first real seasonal meeting of the senior men’s national ice hockey team . After the physical tests were carried out in July at the CONI Olympic Preparation Center in Formia, Italy, coach Greg Ireland  meet the players in Egna, Italy to kick off the 2020-2021 “campaign” which will end with the World Championships in Riga, Latvia (May 21 – June 6). The camp, which began on Sunday August 16th, ended this morning with a last match between white and blue Italy before breaking ranks. The next time Italy will meet, should be in early November with the 1st stage of the Euro Ice Hockey Challenge scheduled in Hungary, where Italy will challenge the hosts, Poland and South Korea.

Forward Alex Petan did not take part  and his place was taken by the two young players forward Luca Biondi , who played last year with Fassa, and Marco Sanna , of Cortina . The very young Carlo Muraro was added to the group of goalkeepers, born in Asiago in 2002.

Greg Ireland was very satisfied with the progress of the players, which took place between Bolzano and Egna Italy, the head coach of the national team, Greg Ireland said  “Many were surprised by the large number of players – explains Ireland – but in this way I had the opportunity to see and get to know as many players as possible, and get an idea of ​​the group I want to form. Without forgetting that, in North America, these numbers of players are quite normal when it comes to early season training camps . The responses I got were really positive from all the guys, and we were able to work on many important aspects of the game and system that I want to give to the national team. We have tackled all kinds of situations, from power-play to 3on 3, and thanks to every in-depth coaching staff we were also able to carry out single exercises to improve individual techniques “ 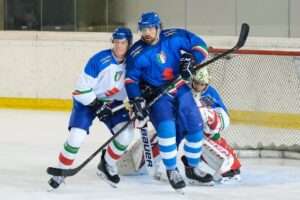 Among the novelties of this training-camp a yoga session was implemented, a discipline difficult to associate with ice hockey, but considered to be great importance for improving athleticism, coordination and balance of the players. “The first days of camp were quite difficult because most of the lads arrived from 5 to 6 months of inactivity – said assistant coach Giorgio De Bettin , but slowly everyone had raised their level, and in the last training sessions and matches, we have seen really good things “. De Bettin himself, starting from this evening, will be in Aosta , where he will lead the under 20 national team that will carry out its training camp together with the under 18 national team.