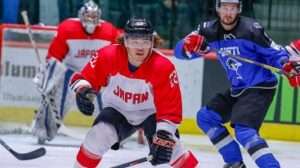 Yuri Terao figured his game was better suited to the rugged North American style. Following an impressive debut in the ECHL, the promising Japanese forward has his sights set on ice hockey’s biggest stage.

The 25-year-old Terao has exceeded expectations in his first season with the Utah Grizzlies of the ECHL, scoring 18 goals and 22 assists in 61 games for the team that plays at the venue of the Salt Lake City 2002 Olympics before the remainder of the season was put on hold in March due to the coronavirus.

He’s now back in Japan playing for his hometown team the Nikko Ice Bucks of the Asia League, which gives him the chance to stay fit until the ECHL resumes in December.

The decision to join the Grizzlies is the latest step in a career that has made steady progress at each stage.

“I really wanted to play with Japanese pride and do the best I could,” said Terao, who earned the nickname “The Magician” in his first season in Utah. “I know it’s all about results so I wanted to get as many goals and assists as possible.“

Terao is considered one of the top prospects to come out of Japanese hockey. The 173-cm (5-foot-8), 86-kg (190-pound) forward is small by North American standards but is known for his speed and hard work. 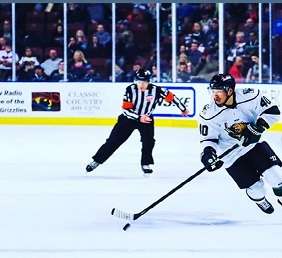 Terao got a taste of North American hockey when he played for the Waterloo Black Hawks of the USHL in the 2015/16 season when he also scored 18 goals and had 22 assists.

Despite being the smallest player on the Grizzlies roster, Terao doesn’t shy away from the physical side of the game and has adjusted well to the smaller rinks in North America.

“The hockey culture is completely different,” Terao said when asked about the differences between his homeland and North America. “The systems are different, the quality of the reffing… Japan is less physical than North America where you have to battle for every chance.”

Japan has never produced an NHL player other than goaltender Yutaka Fukufuji, who played briefly for the Los Angeles Kings in the 2006/07 season and is now Terao’s teammate with Nikko.

Terao would love nothing more than to break that barrier even if it meant playing only one game in the NHL. “I think my personal hockey style is closer to the North American style,” Terao said. “My long-term goal is the play at least one game in the NHL but before that I want to get called up to the AHL and play some games there.”

While it has a long history in Japan, hockey is overshadowed by sports that are bigger in Japan such as baseball, football or sumo wrestling.

Terao knows that having a Japanese player in the NHL would boost the popularity of the sport in Japan by leaps and bounds.

“To have a Japanese player in the NHL, the media reaction here would be great and then you would have more focus on the game,” Terao said.

Terao got into hockey at an early age. His father was also a professional player and Yuri started skating when he was just two years old. His brother Hiromichi also plays hockey.

Terao was born in Nikko, which is a hockey hotbed in Japan. Just two hours north of Tokyo, the popular tourist destination is known for its ancient temples and fall foliage and there are constant reminders of the Ice Bucks. Their logo adorns taxi doors and flags that are flown in front of stores. 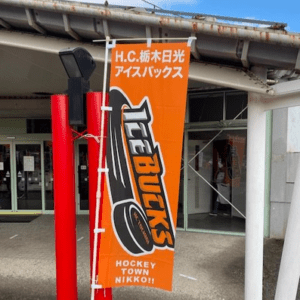 The Ice Bucks resumed play in early October in a revised Asia League competition known as the Japan Cup. Due to travel restrictions, the tournament features only the five Japan-based teams while the Korean teams currently also have to play a domestic competition.

The Grizzlies are an affiliate of the Colorado Avalanche. The ECHL is a mid-level professional hockey league with teams in the U.S. and Canada. It is one tier below the American Hockey League.

“Yuri has a high passion for the game,” Siekkinen said. “He wants to win the battles all the time, he is hungry to go to the net. He has really quick hands and a great shot.”

Siekkinen, who represented Finland at the 1992 IIHF Ice Hockey World Championship, thinks the sky is the limit for Terao.

“I think he could play in the NHL one day but needs a little more time,” Siekkinen said. “He wants to play at the highest level so as long as he keeps improving and has good coaching I think he can do it.”