In 2006, the first Iranians were selected in the NHL draft 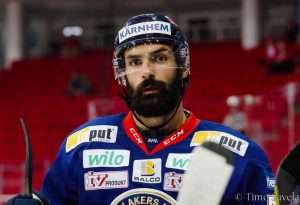 In 2006, a historic event happened for Iran – Two hockey players with roots in this country were drafted by NHL clubs

These hockey players were Daniel Rahimi and Rhett Rakhshani


Daniel Rahimi was born in 1987 in Sweden and before the 2006 draft he played in the system of  IF Björklöven. In the 3rd round, under the 82nd overall pick, the defender was drafted by Vancouver and Rahimi immediately moved to Canada, but played only in the AHL for Manitoba Moose.


After two seasons, Rahimi returned to Sweden.,  at the moment, Daniel is a playing in the Allsvenskan league (the second strongest league in Sweden), where he moved this season from the elite division  Club Vaxjo to IF Björklöven.


Rhett Rakhshani was born in March 1988 in the United States and was selected a little later than his future Linkoping teammate Rahimi – he was chosen by the Islanders in the 4th round under the 100th pick overall. Rhett has little experience in the NHL for his team – in the seasons 2010/11 and 2011/12, Rakhshani played a total of 7 games without earning a single point.

In season 2012/13, Rhett moved to Sweden and played fpr HV-71.  Rhett still plays in the country and in the 2015/16 season, Rhett played with Daniel Rahimi for Linköping HC.


For the last two seasons, Rakhshani has played in Frölunda HC and, of course, his achievements include a victory in the Champions League. Before the start of the new season,Rakhshani moved to Djurgårdens IF, but has not yet played for the new club. 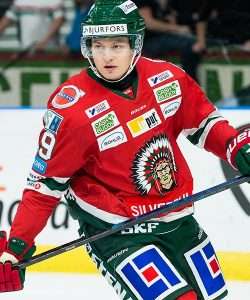