Hand: New Governing Body Is So Important For The Sport 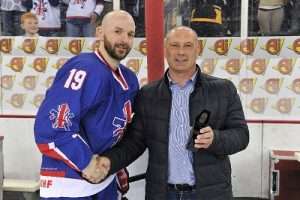 Ice Hockey UK’s National Development Head Coach Tony Hand MBE says establishment of a brand new governing body for the whole of the UK is so important to help move the sport forward.

The proposal has the support of the various governing bodies in the UK and now the EIHA members will vote on a unified approach at a virtual AGM on Saturday 12th December.

Hand said: “The sport of ice hockey in the UK has not had a co-ordinated approach for far too long now and I believe now is the time to change.

“We need a new model with new people developing new ideas to build on the success we’ve already had across the various organizations.

“It can’t happen with separate organizations making decisions that are not joined up but if everything is unified, I believe this great sport can make massive strides in the UK.

“Under the current board, ice hockey has come a long way. I think they have done a fantastic job and the sport is in the best place it has been for a long time.

“But we need to build on that now and the time is right for a new governing body to take us to a new level.”

The EIHA has produced a document for its members explaining the proposal to establish a new single governing body for the sport across the whole of the UK.

The document goes through the resolutions and explains what is being proposed, explains what would be different if a new governing body was established in the immediate future, in the short and medium term, as well as setting out the frequently asked questions and providing answers.