By Mathieu Sheridan – The Hockey Writers

As time has gone on, Finland has continually shown that it is one of the premier hockey countries. Regularly producing NHL talent such as Miro Heiskanen, Aleksander Barkov, Pekka Rinne, Patrik Laine and so on, Finland has always been one to watch at the World Juniors.

Since competing in their first World Junior Hockey Championship back in 1974, Finland has gone on to win five gold medals, four silver medals and six bronze medals for a total of 15 medals. With their most recent gold coming in 2019 after beating the United States in the finals, the Finns will be looking for redemption after a disappointing finish at last year’s tournament.

They had a decent start to the tournament and ended up finishing third in Group A behind Canada and Sweden. They advanced to the quarterfinals where they pulled off the massive upset over the United States with the only goal in the game being scored by winger Joonas Oden and advanced to the quarterfinals where they went up against a dominant Canada squad. They were outplayed and ended up losing 5-2. Fans were optimistic that they could win the bronze against Sweden but ended up going home without a medal.

The Finns find themselves in Group A this year, where they will be going up against the likes of Canada, Switzerland, Germany and Slovakia in round-robin action. Compared to Group B, Group A has a lot less firepower when it comes to potentially upsetting the top teams such as Finland and Canada. I expect Finland to have a great tournament this year and see them making a long run as they have some serious talent again this year.

Finland will have to rely on a new goalie this year. Two of the three goalies on last year’s roster (Justus Annunen and Jasper Partikainen) will not be returning and this will hurt the Finns a lot. Last year, Colorado Avalanche prospect Annunen was one of the best goalies in the tournament. While his 2-4-0 record may be deceiving, he managed to put up a .916 save percentage (SV%) and a 2.65 goals-against average (GAA). His best game, in my opinion, was against the United States where he stood on his head numerous times.

This year, the starting role for Finland will most likely go to Pittsburgh Penguins 2020 second-round draft pick Joel Blomqvist. Drafted 52nd overall, he has spent this season playing for Karpat of the Liiga and Hermes of the Mestis. In eight games for Hermes, he has put together a record of 2-3-3 to go along with a 2.87 GAA and a .896 SV%. In two games for Karpat, he has gone 2-0-0 with a 1.50 GAA and a .914 SV%.

While Blomqvist may be younger than some of the other options in net for Finland, it is his athletic ability that has some people giving him the nod to start for the Finns in net this year. He is rarely caught out of position and is outstanding at tracking pucks through traffic. He moves well in his net and can make acrobatic saves look easy when needed.

The backup role will most likely go to former Windsor Spitfires goaltender Kari Piiroinen. The 19-year old has been playing for TUTO Hockey in the Mestis on loan from Tappara of the Liiga. In 13 games this season, he has put together a 6-2-5 record to go with a 2.28 GAA and a .924 SV%. Piiroinen moves really well in his net as well. He is very good at not letting out rebounds and while he may not be the biggest goalie at 6-foot-1, he is more than capable of making up for it with his athletic ability. If Blomqvist falters even one bit, I would not be surprised to see Piiroinen given the reins.

The third goalie that could make the roster is 18-year old Rasmus Korhonen who has been playing for Assat U20 of the U20 SM-sarja. He has been impressive this season, putting up a 1.89 GAA and a .934 SV% in nine games. He is massive, standing at 6-foot-5 and is very fluid in his net. While he probably won’t see playing time this year, he could make some noise in the coming years.

Finland will be losing some big names such as Lassi Thomson and Anttoni Honka but will be more than capable to fill their roles with returning players and new faces ready for their shot. One returning player who will make a big impact is Winnipeg Jets prospect Ville Heinola. A great puck mover and offensive player, Heinola has been on loan to Lukko of the Liiga where he put one goal and 12 assists for 13 points in 16 points. 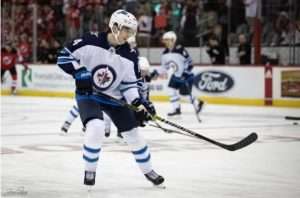 Another player that could see big minutes for Finland is Toronto Maple Leafs prospect Topi Niemala. He didn’t make the team last year but will get a great opportunity to see a lot of playing time this time around. A great puck-moving defenseman who sees the ice really well, he has collected three assists in eight games for Karpat of the Liiga and four points in six games for Karpat U20 in the U20 SM-sarja.

The other defensemen that could round out the roster will be Mikko Kokkonen (TOR), Antti Tuomisto (DET), Eemil Viro (DET) and Kalle Loponen (TOR). Kokkonen, a third-round pick by the Maple Leafs in 2019, has always been a great skater. He moves the puck really well and is able to skate himself out of danger when need be. Some people expect him to see a lot of power-play time this year and he has proven that he is able to be trusted with that responsibility this season.

Tuomisto, a second-round pick of the Red Wings in 2019, is another player who could be relied upon to play big minutes and see some power-play time. While he has not suited up in a game during the 2020-21 season with the University of Denver, he had a great 2018-19 season where he collected 49 points in 48 games with Assat U20 of the Jr. A SM-liiga. 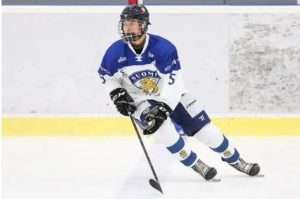 Viro and Loponen, a possible third pairing, are two players who may not see a boatload of ice time but will see very relied upon to make an impact. Viro, a 2020 third-round pick of the Red Wings, has three assists in 14 games for TPS of the Liiga. He skates well and really turns the puck over, averaging only one giveaway a game. Loponen, a seventh-round pick of the Leafs in 2019, has gotten off to a great start for Karpat U20 as he has 15 points in 20 games from the backend. He has a hard, accurate shot and certainly knows how to use it.

The offense this year is really going to be where team Finland shines. With top eligible players in this upcoming draft and high-end NHL prospects ready to go, this team is going to very deep and dangerous. One of the top players for them is going to be 2020 first-round pick Anton Lundell who has gotten off to a blazing start with HIFK in the Liiga where he has scored 11 goals and eight assists for 19 points in 15 games. Pair him with two talented players like Patrik Puistola (CAR) and Kasper Simontaival (LAK) and that is a deadly top line. 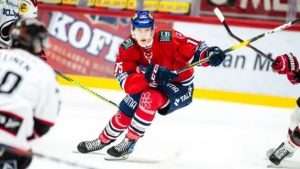 Another storyline that will be interesting to watch for is how much of an impact the younger players, more specifically the 2021 NHL Draft eligibles, can make for this team. One of the top players eligible for the draft is Aatu Raty. Although his stock has taken a hit since the start of the season, he will still be relied upon to play a big role for the Finns and he could slot in as the second-line center.

Two other names to keep an eye on is Samuel Helenius and Samu Tuomaala. Helenius is a behemoth, standing at 6-foot-6 and is great at using his size to his advantage. He is perfectly suited to battle for pucks in the corners and stand in front of the net to screen the opposition. Tuomaala is a very skilled player who has excellent vision. He is able to thread a pass to his teammates with ease and is a marvel to watch with the puck on his stick. He is only going to get better as time progresses.

Going into the tournament this year, a lot of people will be expecting Finland to make a deep run. They are in the easier of the two groups in the round-robin stage and their only stiff competition should be Canada. Although last year they got superb goaltending, they have a lot of talent this year that should make them a dangerous team on a nightly basis.

Yes, the goalies on this team have little experience playing on this big of a stage but the team in front of them should be able to hold the ship down. Blomqvist is immensely talented and Piiroinen has shown glimpses of great play when he is called upon like last year when he managed to get into one game and posted a 1.00 GAA and a .955 SV% so if they do falter, I don’t imagine it will be for long.

Finland should place first or second in Group A this year and will most likely get an easier matchup than last year in the quarterfinals. A lot of eyes will be watching them this year and it will be exciting to see how they perform as a whole.