Q & A with Sebastian Kahuna 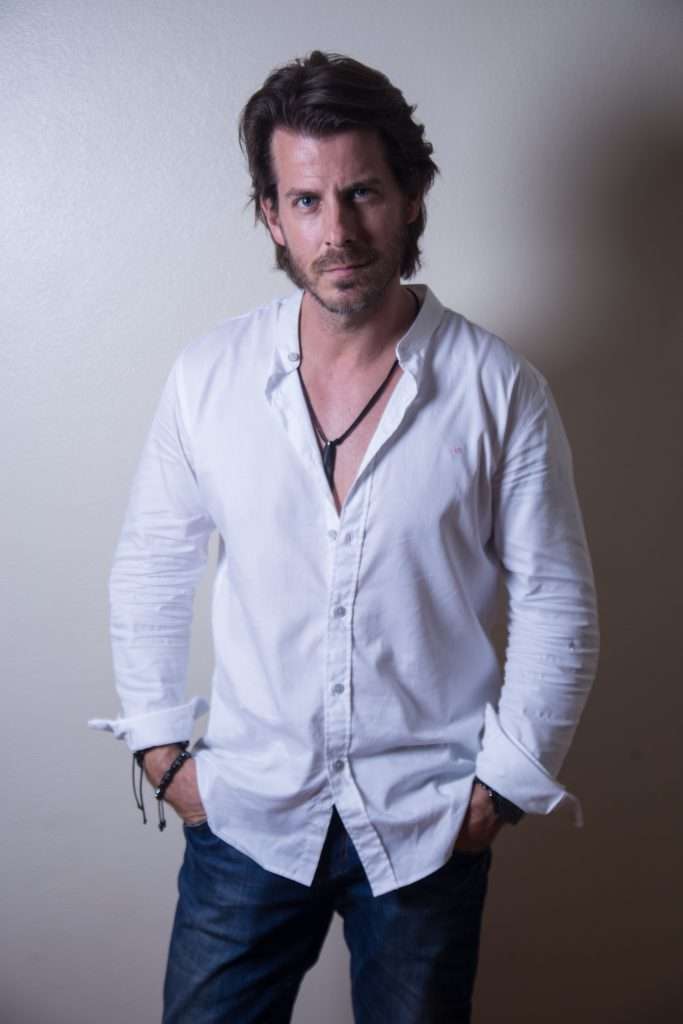 We had the great pleasure of interviewing Sebastian Kahuna who is an actor and producer, known for Santo Domingo, The App and The I-Land (2019) Sebastian is also a huge hockey fan and started hockey in Dominican Republic.

How did you get started in developing the game of hockey in the Dominican Republic?

I first started to travel to the DR for pleasure and soon came the famous NHL playoff season and I realized that it was nearly impossible to follow the games back then.

So we started what is today Kahuna on Cabarete beach on the North Coast of the DominicanRepublic. Today it is a full beach hotel with an ocean front restaurant bar on the first level . Back then it was a small typical Beach Bar but operated as an American Sports Bar with multiple TVs where the patrons gathered to watch their favorite sports.

Being Canadian, Hockey was always featured and with time… and over many beers & wings while sitting on the beach, the idea of playing hockey and having our own team came and just like that the Kahuna Hockey Team was created. Has things grew we hosted various tournament s and events including; Embassy challenges, All-Inclusive Resorts Packages including Tournaments for tourists and the Alex Burrow’s Cup.

Are all the players locals or are there expats?

A mixture of both. But mostly expats from all around the world and retired players. 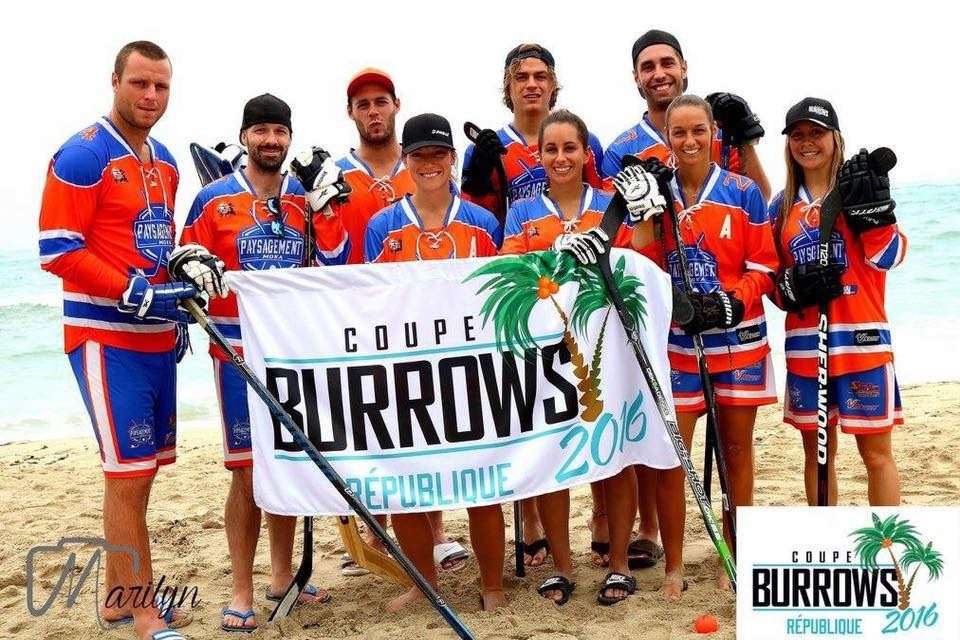 How did former NHLer Alex Burrows get involved?

We have a friend in common, who is in charge of the Burrow s cup and we try hosting it at least once a year. ALEX is a deck hockey veteran and has always pushed its development. They, reached out to us when they heard about what we were trying to accomplish here in the Caribbeans and since we don’t have an ice rink yet it just made sense to join our journeys.

In 2015 the Florida Panthers hosted a hockey clinic on the Island. How did this event help bring awareness to the game?

The PR event increased drastically the energy and the hope of an Latin-American league to grow and for many Ice Rinks to be build over the region. It also spiked the interests of some current NHL retired and active Hockey players to get involved and support us.

Before this interview we talked a little bit and you mentioned that you also do ice hockey training, but you have to travel. Where do you go and how many players go with you?

Over the years we have been going to various cities for different tournaments and also to played short seasons. In my case I have been fortunate to manage to play a few full summer seasons in Alberta (where 2 Edmonton City league Cups were won, thanks to my Canadian fellows over thereunder!!!) and half winter seasons in Quebec. Toronto(Canada), New York(USA), Barcelona(Spain) and others.

Where does the funding come from?

For our normal season the money comes from us the players. Some of it has come from Kahuna initially when we first started but now that money is. mostly used for tournaments, or events (which may include beers and wings on occasion) LOL 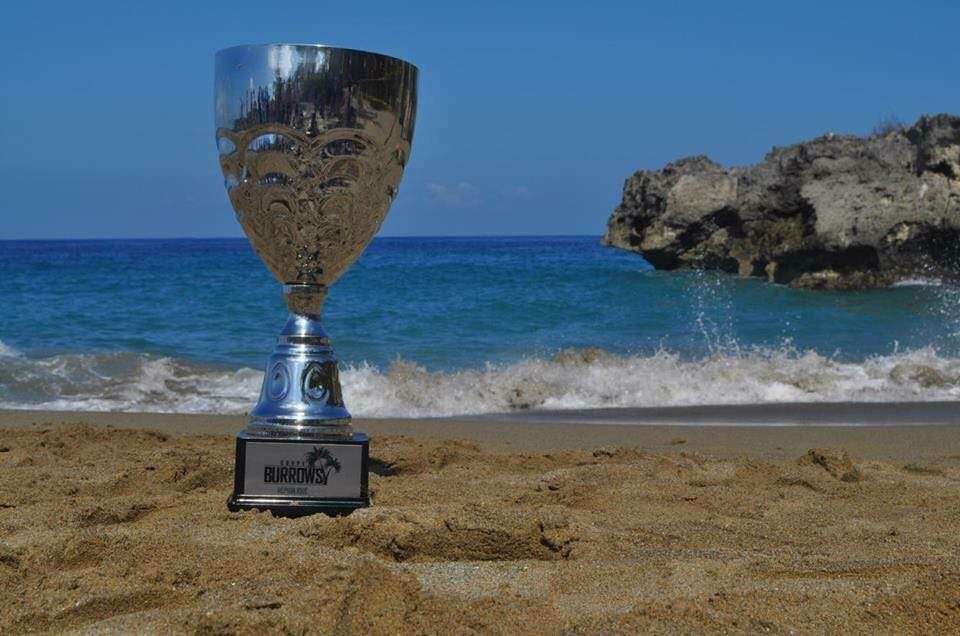 This what teams play for the Alex Burrows Cup

There is speculation that the Dominican Republic will play their first ice hockey game in Puerto Rico when this pandemic is over. Is this true?

Yes. It is in the works! We were very close to make this a tangible reality and make it over to visit our friends over in Puerto Rico last year but COVID19 had other plans for us. Let’s hope things come back to normal soon.

Are there any future plans to play in the Latam Cup, like your neighbors Puerto Rico and Jamaica did last year?

Yes. We will most likely see for the first time in history a Dominican Republic ice hockey team in the next Latin cup. And I cannot wait to see our names appear on that CUP!!! 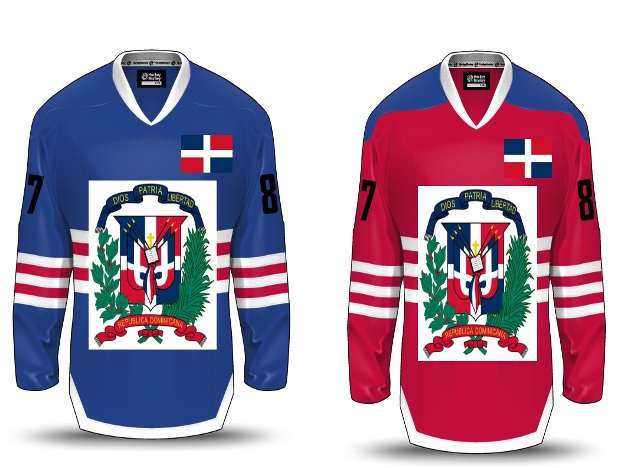 Are there any plans to have a Hockey Association or Federation in the future?

Yes, as you know we’ve been working on having an ice hockey rink here for the last 10 years and being part of such organization would be a must.

You are an actor and producer, what sort of things are you working on for 2021 and will we see you in any movies or films next year?

Yes most definitely . Many of 2020’s releases were paused with the closures of the movie theaters, therefore 2021 will have many Productions released which I’m part of.

o keep this answer short, the best I can say for people is to follow me on social medias where I release scoops and details on some upcoming films sebastiankahuna on Twitter, Facebook and also on IMDb  : http://imdb.me/Sebastiankahuna where some movie productions or being posted. One thing I can say is that hockey and baseball will be soon featured on the big screen.

WHEN ASKED; Sebastian did not deny the possibility of seeing this crazy “Hockey in the Caribbean Adventure” displayed on the big screen. Sebastian added that it made it big for the “Jamaican bobsled Team” back in the days why not doing the same again in a Hockey Movie!