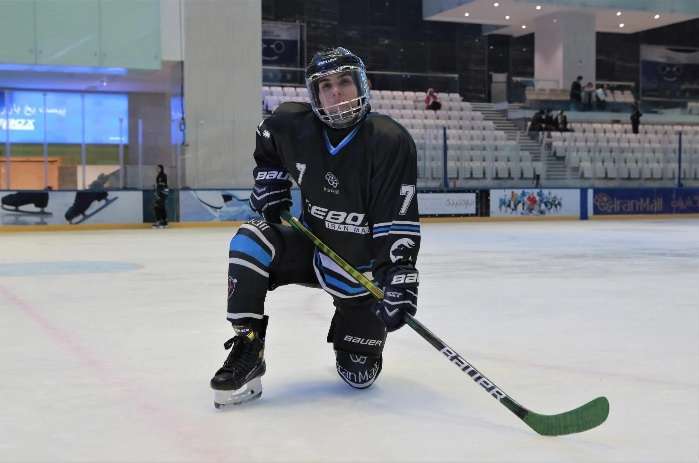 The national inline hockey squad defied expectations with a bronze medal at the 2018 Asian Roller Sports Championship in South Korea. Now they want to replicate that success in ice hockey.

A team of judges, including assistant coach Azam Sanaei, watch attentively as players perform on the rink, competing for a spot in the first Iranian women’s national ice hockey squad.

The hopefuls are in their twenties and thirties and count among their number some of the country’s best athletes on ice.

Nevertheless, the standards they must meet are stringent, with physical fitness tests designed to filter out all but the elite.

“We’ve never seen everyone so filled with passion and enthusiasm during training before,” says Sanaei, 31, who also serves as the captain of the team. On offer is a spot in the squad that will compete in the International Ice Hockey Federation (IIHF) Challenge Cup of Asia, which was scheduled to be held in the Philippines in May but has been postponed indefinitely because of the coronavirus pandemic.

Onlookers watch on as hopefuls shuttle up and down the 60-metre-long rink, trying to make the required six lengths within a standard time, some crashing into the billboards enclosing the rink in exhaustion. Teammates on the sides shout and bang their hockey sticks on the ice in support.

The squad will eventually be made up of 20 players, of whom six have already been chosen. In competitive matches, six players from the team take to the rink, including a goaltender, two defensive players and three forwards. 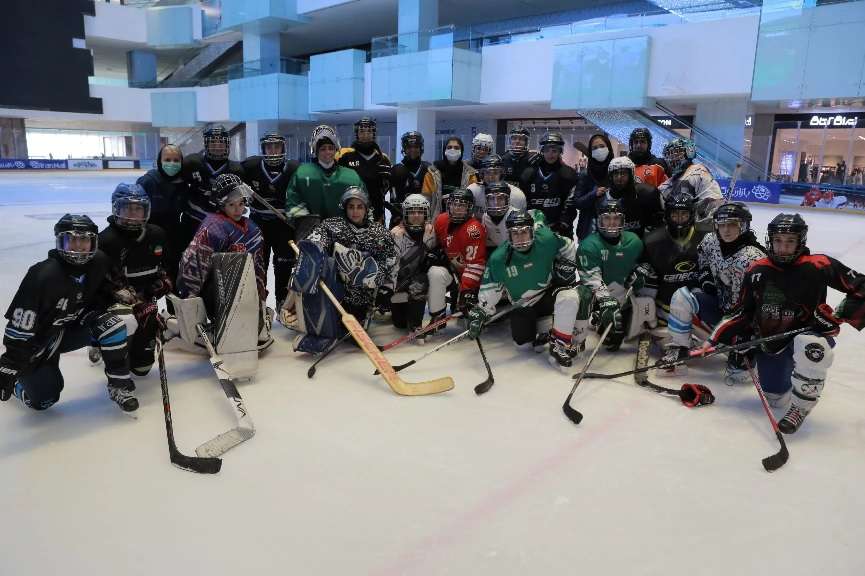 For those who make the cut, the struggle has just begun. For all their efforts on the ice, women’s ice hockey remains a sport that has yet to make an impact among everyday Iranians and sponsors, whether the state or private backers, are in short supply.

Iran only joined the International Ice Hockey Federation as an associate member in 2019, more than a century after the sporting body was established, and only after the opening of Tehran’s privately owned ice rink.

According to the IIHF, there are 103 female ice hockey players in Iran, just slightly more than the 100 male players on its books.

Many on the women’s team first cut their teeth in Iran’s inline hockey scene, including their captain Sanaei, who transitioned to ice hockey after starting in competitive inline hockey in 2005. She says that despite this change in environment, the team is showing glimmers of hope on ice.

“The pace of improvement in our training is very promising in light of the fact that ice hockey is totally new to us,” says Sanaei, who is also studying for an MBA at Tehran University.

Inline hockey, unlike ice hockey, is played on hard surfaces instead of an ice rink, and ice skates are replaced by inline skates. The two sports are otherwise similar, with minor differences in regulations.

The players come from across Iran and have different class backgrounds, but most face a shared struggle in trying to win recognition from their families and wider society.

A case in point is 26-year-old Negar Arjmand, who joined Iran’s women inline hockey national team in 2015, later participating in tournaments in South Korea and Italy as a defensive player.

A physical education graduate, Arjmand teaches skating to make ends meet and fund her hockey career. She has even set her eyes on emulating her hero, Russian NHL star Alexander Ovechkin, by attracting the attention of foreign clubs. 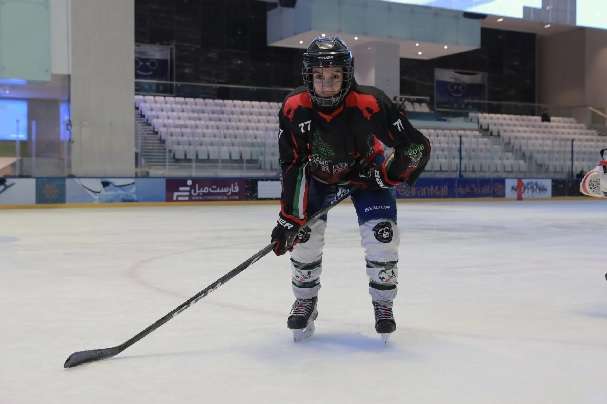 Arjmand’s parents, both accomplished artists, suffer from polio, and her father especially was opposed to her choice of sport. He saw little in the way of financial remuneration and, perhaps due to his own physical condition, feared hockey would result in permanent injury for his daughter. There was also the issue of marriage and the concern that the sport would distract Arjmand from starting a family.

It was her performances, and a third-place finish in inline hockey at the 2018 Asian Games in South Korea in particular, that calmed the tensions and earned her family’s approval, as well that of the rest of the country, eventually.

“My parents were not in favour of this sport. Still, they didn’t want to prevent me from pursuing my interests,” Arjmand says.

“I think in their heart they saw me as an active person who could do extraordinary things. I believe that gave me the strength to continue.”

Maral Rasekhi, the team’s most senior player, says the team’s performances in South Korea in 2018 were a turning point.

The team went in as rank underdogs, but came out with a reputation as giant-killers, ending the tournament with a bronze medal. 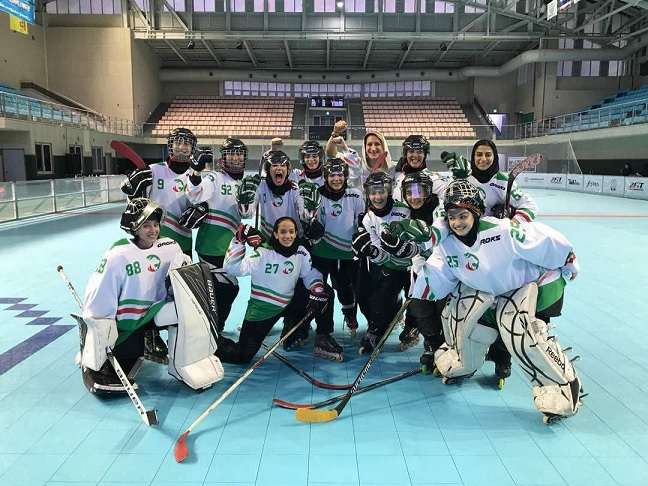 “Our third game was against South Korea, the host nation, and a team we thought were invincible,” Rasekhi says. “They had come to the rink with the sole purpose of thrashing us but we beat them four goals to two.”

She calls the moment “an extraordinary feat that became an over-the-moon moment”.

Rasekhi began skating at the age of seven and overcame personal tragedy in the form of her father’s death when she was 10 to become a professional inline hockey player aged 19, making history as the first Iranian woman to play for a foreign club, in Hong Kong.

She credits her mother’s and sister’s support for her success, as well as the mentorship of Kaveh Sedghi, the head coach of both the male and female national inline hockey teams – someone the players credit with doing more for the sport in Iran than any other person.

The culmination of those efforts was the 2018 Asian Games, where as well as the women’s bronze medal, the Iranian men’s team took home the gold.

The response in Iran on the team’s return following the performance was modest. Heads only began to turn after the release of a documentary two years later about the squad’s exploits in South Korea by filmmaker Sam Kalantari, called No Place for Angels.

Following the release, Iran’s female hockey stars became a source of pride for the country, drawing celebrity endorsements, including from actors such as Niki Karimi, Roya Nonahali and Behnaz Jafari, in addition to exuberant local media coverage.

Kalantari follows the players and their coaching staff, including their much-loved French coach Marina Fagoaga Jalinier, as they attempt to raise enough money to get to the tournament, and their eventual run to the semi-finals.

Captain Azam Sanaei says: “The main message of this documentary for women is to not give up hope in the face of obstacles.” 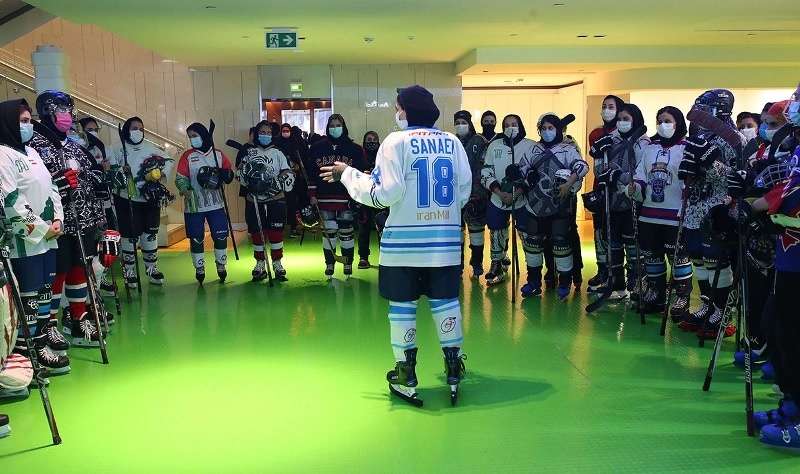 In one scene, Sanaei talks about how hockey has become a symbol of independence for the women on the squad.

“From early childhood, it was really important for me that no one would tell me that I could not do something because I was a girl,” she says.

“I don’t need somebody to stand behind me to be successful. Instead, I believe not only in not relying on anybody else but also in lending my support to other people, allowing them to rely on me.”

Neither the film nor the team’s performance in 2018 changed the fact that major obstacles remain when it comes to women’s participation in sport in Iran.

Of 153 countries on the Global Gender Gap Index for 2020, Iran ranks 148th. The state has barred female spectators from watching live sports in stadiums for around four decades, competitors must cover their hair during sporting events even outside of Iran and TV channels do not broadcast sports featuring female participants. Additionally, issues such as women riding bicycles continue to court controversy, and athletes are among other personalities defecting from the country over its dress requirements, as well as other policies.

Nevertheless, Sanaei is keen to caution against painting a bleak picture of the situation when it comes to hockey.

“I believe our problems have nothing to do with our gender, at least in our field of sport. Others in different countries might have the same problems,” she says.

“In my opinion, if we are determined to reach our goals we could remove any barrier. Where there’s a will, there’s a way.”

Neither can responsibility for all the obstacles Iran’s athletes face be placed at the feet of the Iranian authorities.

Sanctions reinstated on Iran by the Trump administration have led to a devaluation of the Iranian rial against foreign currencies, such as the dollar and euro, meaning the price of hockey equipment, made up mostly of foreign brands, has risen drastically. 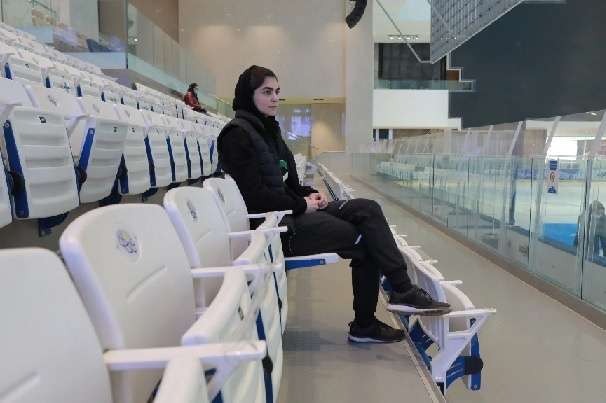 For example, a single ice hockey stick may cost up to $350 (about 77m rials) – the equivalent of two months’ salary for an ordinary Iranian. Around three years ago, the price was 15m rials. Hockey skates can sell for anything between $500 and $1,200 a pair.

The financial situation also means that what funding authorities may have provided is being diverted towards more pressing needs.

In the past year, the Covid-19 pandemic has also created physical barriers, which have made it difficult for the team to practice – leaving coach Fagoaga, who is currently in France, to relay long-distance orders to Sanaei.

All of that does little to dull Sanaei’s or her teammates’ optimism for the future of hockey in Iran.

“I think today there are roughly between 300 and 400 people who play hockey in Iran and I believe this field, especially ice hockey, will have a very bright future for women,” Sanaei says.