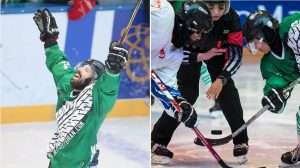 Recently Mika Zibanejad, the Swedish NHLer of Iranian roots, made headlines with two six-point games in the NHL. At the same time the country of his roots itself is starting to gain ground in ice hockey.

Iran, which has joined the International Ice Hockey Federation as a member in 2019, has made another step forward in the coolest game on earth by hosting the first men’s and women’s ice hockey championships in Tehran.

The country aimed to start ice hockey during the past few years but was restricted to small sized ice rinks in Tehran, Mashhad and on Kish Island. But in 2019 the opening of the first full-size ice rink, the IceBox located at the Iran Mall in the capital of Tehran, made it possible to bring the game to another level.

The ice is there as are the players. Iran has been playing inline hockey for decades and is a giant in the sport in Asia. That’s why it hasn’t been a big issue for the Iran Skating Federation and the Iran Ice Hockey Association to find players with experience on rollerblades to take on hockey on the ice and enjoy the new experience.

The championships took place this month on the 60-on-30-metres ice sheet at IceBox, which also offers 450 seats and a standing area for 2,500 fans around the rink.

It’s not an easy time to start the first championship with the COVID-19 pandemic but after PCR tests of all team members and safety measures at the rink it started with the four-team men’s championship that ended in a tight gold medal game that Online Tire won 2-1 against IceBox. 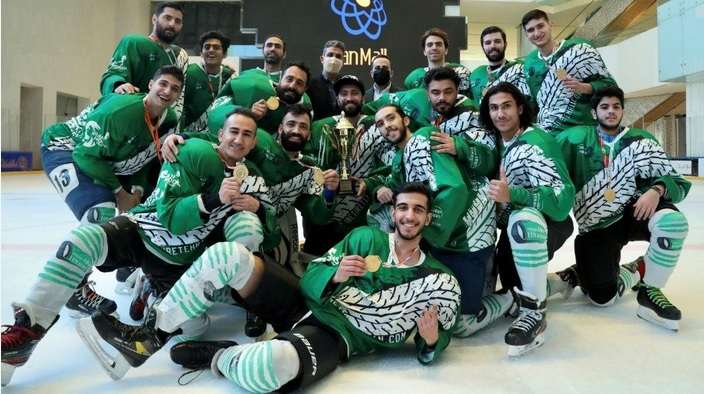 After the first champions crowned, the women took the ice with the three teams playing a round-robin event. The name of the champion was the same as Online Tire shut out its opponents and won the championship ahead of M.R. Farmanie and IceBox. 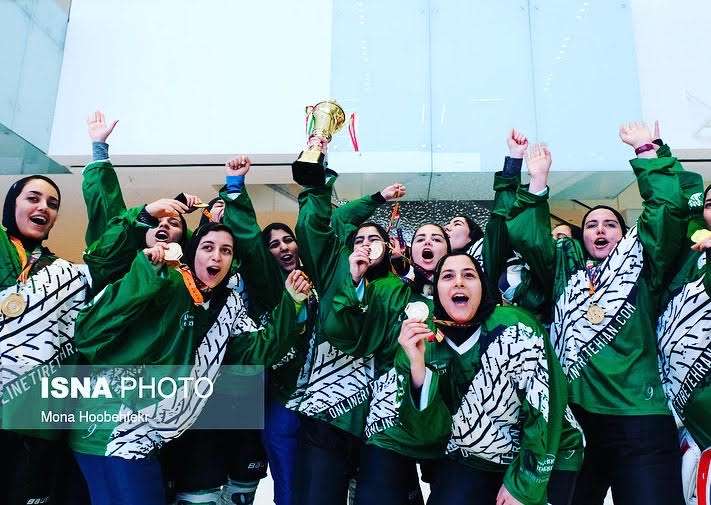 While there could be only one champion in each category, the big winner was ice hockey in the country as the players got the chance to play each other on the big ice and 20 reporters covered the tournaments. The men’s final was broadcast live by a national sports channel and you can watch it in full here.

The next ambition will be to go international as the Iranians plan to join the IIHF Ice Hockey Challenge Cup of Asia program once it resumes after the pandemic.