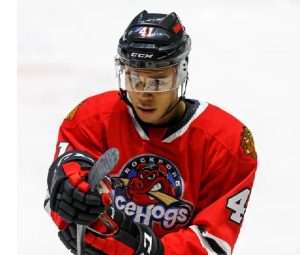 In some aspects, Blackhawks prospect Isaak Phillips has followed a typical hockey path.

His mother is Finnish. He grew up an hour outside Toronto. He worked his way up through Canadian juniors, including two years with Sudbury of the Ontario Hockey League. He was drafted by the Hawks in the fifth round in October and signed his NHL entry-level contract March 31.

In other aspects, however, Phillips’ background and path have been different. He is Black. His father hails from the Caribbean island of St. Vincent. And, in 2018, he played on what was essentially the first Jamaican hockey team.

‘‘That was a pretty awesome experience to have a team full of kids that look like you,’’ Phillips, 19, said. ‘‘You look around, and everyone looks the same. It was a fun summer tournament and hopefully something that can put Team Jamaica on the map.’’

Jamaica became an associate member of the International Ice Hockey Federation (IIHF) in 2012, and the momentum to grow hockey in the island nation of 2.9 million has taken off in recent years.

It started with that 2018 team, which competed in the Team Elite Prospect Hockey Showcase tournament in Toronto and won, going undefeated in eight games.

‘‘We needed to go ahead and field a team ourselves, so we could show people that this was a probable idea,’’ said E.J. Phillipps, the co-founder and CEO of the Jamaica Olympic Ice Hockey Federation (JOIHF). ‘‘Isaak did a tremendous job coming and really helping elevate the team — and himself, as well — to get the maximum exposure for us to move forward.’’ 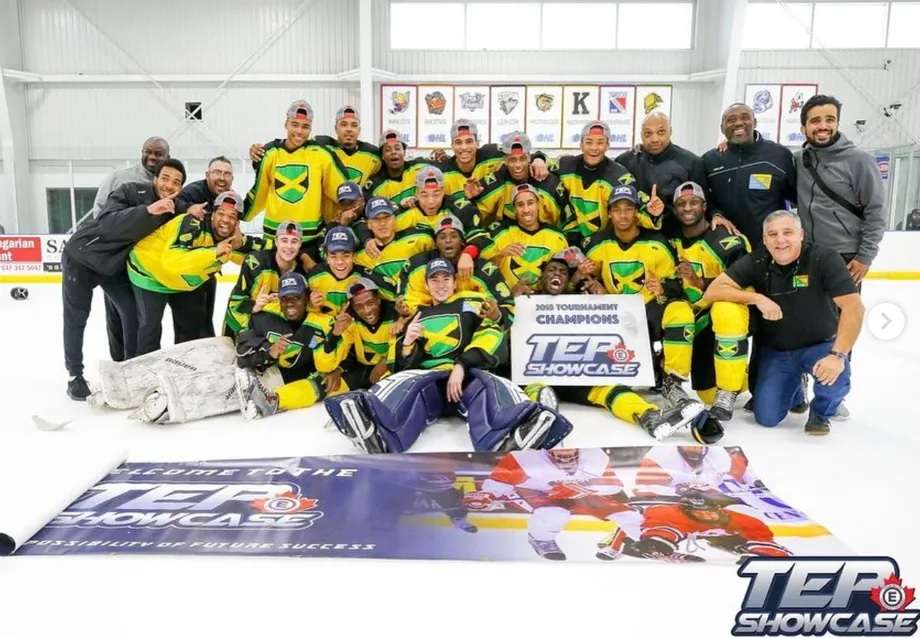 Team Jamaica at the 2018 TEP Tournament celebrates their championship

That team was made up of Canadian-born under-20 players with various Caribbean ancestries. In the time since, however, the JOIHF has expanded its player-outreach programs enough that it now uses only players with specifically Jamaican ancestry.

Jamaica fielded a roster in the 2019 LatAm Cup — a tournament in Florida that included 21 teams from Central and South American countries — and won that tournament, too. After the 2020 edition was canceled because of COVID-19, it will seek to defend its title in October.

And Jamaica has its eyes on greater heights, including Olympic participation. The JOIHF has designed and is raising money for a multipurpose ice rink in Kingston, which would allow the country to become a full IIHF member. And it debuted a hockey class with 42 students enrolled this semester at G.C. Foster College in Spanish Town.

The goal is to develop a national hockey program similar to that of Mexico, which has competed in the IIHF’s Division II World Championships since 2000 and has about 2,700 registered adult players.

‘‘[We want] to continue to grow the program at the grassroots level in Jamaica, which would start with a street-hockey, roller-hockey transition scenario, developing young children at the school level,’’ Smith said. ‘‘Five years from now, hopefully the rink will be built and we’ll have learn-to-skate and learn-to-play hockey programs.

Phillips can take pride in his contributions to the start of this movement. He has become the first JOIHF alum to sign an NHL contract and hopes to become the first to play in the NHL in the not-too-distant future.

Special rules during the pandemic gave Phillips the rare opportunity to play in the American Hockey League this season as a 19-year-old, and he admitted he arrived in Rockford with ‘‘pretty low expectations.’’ He wasn’t sure whether he was just there to practice and improve under the Hawks’ development staff or whether he would play in regular-season games.

It turned out to be the latter. The 6-3 defenseman has played in 16 of the IceHogs’ first 21 games, recording six points and learning how to adapt to the next level.

‘‘You just learn to think the pro game,’’ Phillips said. ‘‘In junior [hockey], you can get away with some stuff — an extra move or holding on to [the puck] for an extra second. But here, everything is going quick, quick, quick. Everyone in this league can play at the next level and everyone is fighting to get there, so you just learn little tendencies and little tips and tricks: how to move the puck quicker, how to use your body.

‘‘I try to learn something new after each game . . . and then I try to be a quick study, get that into my game right away and show them I can be really coachable.’’

When Phillips received the contract offer late last month, he called his parents to break the news, and ‘‘some tears of joy’’ were shed.

The three-year deal officially kicks in next season. Phillips knows he’ll be back in the AHL next fall, but he’s hoping to make his NHL debut at some point during the season.

That would make history for Team Jamaica, but Phillips hopes it eventually won’t be seen as notable at all.