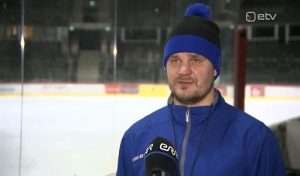 This weekend, the Estonian national ice hockey team will participate in an international tournament in Poland, where they will face off against four opponents.

The Estonian national team got together in Tallinn last took part in international competition a year and a half ago. World championship qualification tournaments were canceled both this year and the year prior due to the coronavirus pandemic and the team is using the opportunity to train and compete together.

“I started missing the national team a little myself. It is always good to see friends and play together, to represent the Estonian national team and in a tournament such as this upcoming one in Poland. I think we will get good experience,” national team forward Rasmus Kiik told ERR.

The Estonian national team is made up of multiple players who have performed in world championship competitions before, including goaltender Villem-Henrik Koitmaa. Most of the team is however made up of younger call-ups, still lacking much international experience. 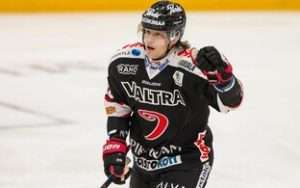 “I think there are quite a few young players who are very thankful to even train with the men. Then they see what the level is and how much more they should put in to make the team in the future,” said national team head coach Jussi Tupamäki.

National team mainstays Robert Rooba, Kristjan Kombe and Robert Arrak will have to skip the current training camp and upcoming tournament. In addition to Poland, Estonia will face off against Latvia’s under-20s team, Lithuani and Croatia.

“I think the first game against Poland will be very hard. I know this already, but we all know it and it is a challenge,” Tupamäki said.