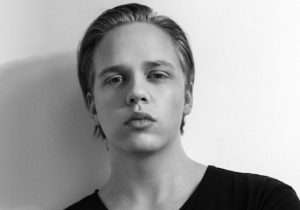 The series, penned by Martin Bengtsson, will follow Salming’s trailblazing journey from his humble roots north of the Arctic Circle to become an NHL legend. The first Swedish player inducted into the prestigious Hockey Hall of Fame, Börje Salming broke numerous records, captured the hearts of millions of fans and paved the way for countless Europeans to forge careers in the NHL, the world’s best ice hockey league. In detail, Salming played over 1,100 games for the Toronto Maple Leafs across 16 seasons (1973-1989), notching 148 goals and 620 assists, and in 2017 was named one of the 100 greatest NHL players in history.

Salming himself commented on the making of the show: “It’s flattering and exciting that my story will become a series. When we began discussing this project, I reflected over everything that’s happened in my life, from taking care of myself at a young age after my father passed away, to the journey from Kiruna to the NHL, and I realised there’s a lot of screen potential there. It will be really exciting to see the show when it’s ready.”

Speaking about his involvement in the series, Skarsgård said: “This is the scariest and coolest thing I’ve ever done. It’s fantastic to get to know Börje personally – he tells such amazing stories with complete humility. His attitude was always to do things his way and enjoy it, and I’ll try to bring the same approach to the task of playing him.”

Finally, NENT Group’s Chief Content Officer Filippa Wallestam added: “Börje Salming’s sporting achievements rank with fellow Swedish superstars Björn Borg and Ronnie Peterson. Today, when 10% of NHL players come from Sweden, it’s easy to forget that Europeans were once thought too weak for this unforgiving competition. This is a story of remarkable talent, athleticism and perseverance that deserves an international streaming audience. On his 70th birthday, we hope this launch is a fitting homage to the man known simply as ‘The King’.”

Filming of the series will begin in 2022. The show, still untitled, is set to premiere exclusively on NENT Group’s Viaplay streaming service. Johanna Wennerberg of Warner Bros. International Television Production Sweden is producing. 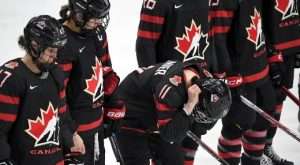 Shock and disbelief gave way to a swirl of emotions as players on the Canadian women’s hockey team packed their bags in Halifax and headed home Thursday.

In a span of two days, they’d gone from nervously anticipating the announcement of the world championship roster to standing around baggage carousels feeling demoralized.

All systems appeared go for the women’s world championship May 6-16 in Halifax and Truro, N.S., when premier Iain Rankin pulled the plug Wednesday over concerns about COVID-19.

Nine other teams would have arrived Thursday to join Canada in a 14-day quarantine before the tournament.

Nova Scotia’s chief medical officer Robert Strang had given his approval for the tournament a day earlier, which sharpened the sting for the Canadian women.

“We were pretty shocked,” said forward Brianne Jenner of Oakville, Ont. “I know Hockey Canada was shocked because the chief medical officer had OK’d it.

“This kind of came out of the blue for us. We really felt we had a safe protocol in place.”

We Deserve To Compete In The World Championships… pic.twitter.com/AnNfDSZ428

The 2020 women’s championship in Nova Scotia was also cancelled because of the coronavirus. Canada’s women’s team has played a total of five international games in the last two years.

The combination of the pandemic and women’s leagues in transition has kept many of them from playing in any real games in over a year.

While the International Ice Hockey Federation and Hockey Canada vow to hold the women’s championship in Canada this year, when will they play a game that isn’t an intrasquad is a question that continues to go unanswered.

“Is this going to happen and when is big on all of our minds,” Jenner said. “It’s tough to plan ahead. We still kind of have a dream of competing in a world championship this year.”

“I’m a hockey fan. I’m not happy with the decision, but we have to put public safety first,” Rankin said.

“I couldn’t conceivably ask Nova Scotians to restrict more of their lives and make an exception to have people fly into Nova Scotia from other countries.”

The 2021 men’s under-20 championship was held in Edmonton, with coronavirus protocols there supplying the template for Nova Scotia.

This year’s men’s under-18 championship starts Monday in Frisco, Texas. The men’s world championship is scheduled to start in less than a month in Riga, Latvia.

“If you pan out beyond this tournament and you look at the fact that we haven’t played a game all year, I don’t know if there’s anyone to blame, but if you’re a young girl, the outcome is you are seeing no women’s hockey games this year,” Jenner said.

“If you are a young boy, you are not seeing the same.”

I am completely disappointed in the province of Nova Scotia’s decision to cancel the 2021 WWC.
The health and safety of the people in Nova Scotia has always been our number one priority. To ensure this, Hockey Canada, our medical staff, and the IIHF put these protocols in place: pic.twitter.com/NzrpnIbEV1

Her teammate Sarah Nurse of Hamilton has similar feelings.

“Without pointing a finger and placing blame, because we can’t really compare our tournament location to any other tournament, every government has their own guidelines so I definitely want to make that clear, but I just feel like it’s very hard not to look at it from a gender standpoint because it’s seems like a little bit of a trend,” Nurse said.

“It’s hard not to look at it through that lens for sure.”

Canada’s roster for last year’s championship was set when that tournament was cancelled, so Hockey Canada made it public in recognition of the work the women did to make that squad.

Head coach Troy Ryan of Spryfield, N.S., and his staff, along with director of national women’s hockey teams Gina Kingsbury, were about to start the heavy discussions over which players would be named to the Canadian team when the tournament was called off.

Thursday was going to be a difficult day for the players released, but it turned out to be a sad day for all.

“It just felt like we got the rug pulled out from under us,” Nurse said.

Kingsbury said a 2021 roster would not be released.

Canada’s 47-player selection camp that ended abruptly and the world championship roster that would have been chosen from it are key pieces of preparation for the 2022 Winter Olympics in Beijing.

Hockey Canada has little in the way of game data to choose a “centralization” roster of roughly 30 players who will congregate in Calgary in August and start working toward Beijing.

“I don’t think we’re in a position right now to know what our next move is and how we prepare for Beijing,” Kingsbury said.

“We’ll work closely together as a group and put together the best possible plan to make sure we’re successful in Beijing and our athletes are prepared and get the experience and opportunities they deserve here moving forward.

“To be honest, right now we’re just digesting this disappointment.”

The majority of the Canadian team was playing in the Canadian Women’s Hockey League when the CWHL folded in the spring of 2019.

Those players and American stars became the faces of the Professional Women’s Hockey Players’ Association (PWHPA) working to create a league that provides a living wage and the competitive supports men’s leagues have.

The PWHPA ran “Dream Gap Tour” tournaments and games on both sides of the border in 2019-20. The pandemic knocked similar plans for this season sideways.

The PWHPA’s American chapter played a few games in the U.S. in recent weeks, but the Canadians haven’t because of tighter pandemic restrictions in their country.

So while the NHL, AHL and other men’s pro hockey leagues carry on, Canada’s top female players remain in limbo.

“Our group in a way feels as if our sport is on hold,” Jenner said. “It goes beyond just one tournament. We’ve just had a string of bad luck in women’s hockey.

“There’s a lot of layers to it. I’m still processing it and my teammates are too. It would be nice to catch a break in the near future.”

For the Nova Scotians hoping to represent Canada on home ice, the disappointment was acute.

They felt the tournament could help heal a province in which 22 people were killed in a mass shooting just over a year ago at the same time the pandemic was descending upon the globe.

“The only thing we were going to bring into this province was excitement, joy, and a little bit of life at a time when I know we all needed it most,” Haligonian forward Jill Saulnier wrote Thursday in a social media post.