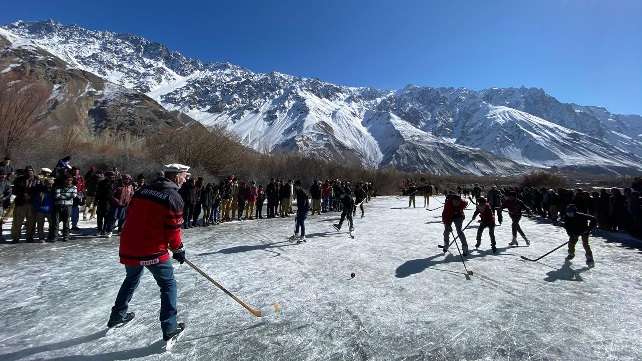 As part of the NHL Green initiative celebrating Green Month in April, NHL.com will feature stories on how the NHL is looking to grow and protect the game of hockey and its communities for generations to come. Today, how hockey is being used as a tool to combat climate change in Pakistan.

Diplomats from Canada working in Pakistan are using hockey as a way to teach the impact of climate change.

The Canadian High Commission has partnered with winter sports organizations in northern Pakistan’s mountainous region, where outdoor rinks have been built as part of an effort to promote winter tourism.

High Commissioner Wendy Gilmour also saw the rinks as an opportunity to grow hockey among Pakistan-born youth and use the sport as a tool to show the effects of climate change.

“The interesting thing about this part of the world is the Himalayan mountains are the major water source for billions of people here,” Gilmour said. “The snowpack is very important there, and the snowpack is growing in some areas and diminishing in others. The glaciers in northern Pakistan, and it’s one of the most glaciated regions on Earth, are surging in some areas, which is really unprecedented. … Because of these changing water patterns, it renders the communities in their path very vulnerable.”

“Because of the snow, winter sports, people are getting the idea of how to protect the ice, glaciers and snow,” he said.

The hockey program has generated enthusiasm in areas like Gilgit-Baltistan, a region administered by Pakistan as an administrative territory, with communities offering up land for rinks to be built.

“We see this is a really good way to have responsible tourism start in the winter around winter sport (and) that they need to do it in a way that’s environmentally friendly,” said Jenilee Ward, the high commission’s counselor and head of political and public affairs, “because tourists want to come to places that are clean and taken care of.

“The communities themselves are telling others about the need to pick up trash, start waste management systems and have the whole community involved. It’s a great and growing community initiative.” 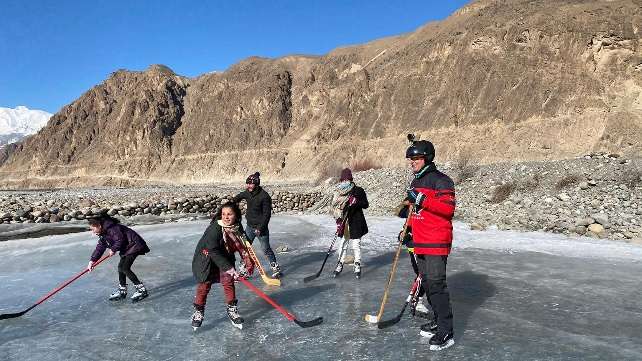 Gilmour said the program also has been successful in encouraging girls to play hockey and join teams.

“It really took some effort in some of these communities to convince the parents that it was appropriate for the girls to come out,” she said.

Kahkashan Ali, captain of the region’s Booni girls’ hockey team, said girls were drawn to the sport because “it was really different for us, a new game for us.” 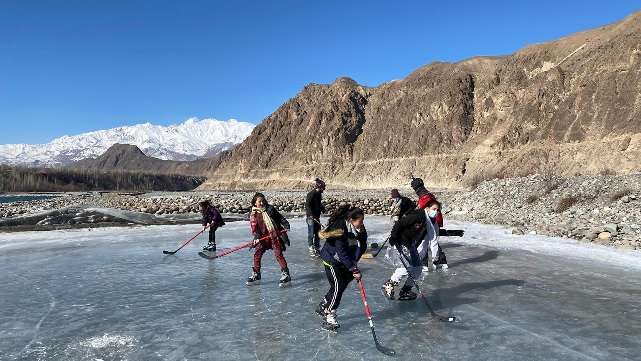 Ward said program participants were so enthused, they’ve started to form ice hockey clubs and are teaching the game to kids in their neighborhoods and surrounding communities.

“We have the young girls from the teams who are teaching other girls from across the area as well,” Ward said. “It’s a really natural organic thread across the country.”