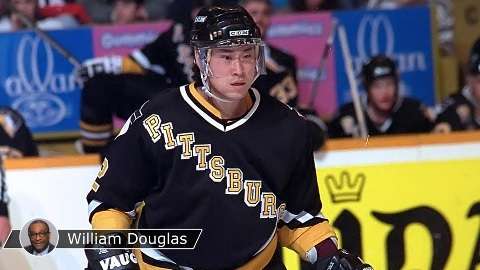 
Jim Paek had a special clause in his rookie contract with the Pittsburgh Penguins.

“My father convinced me to put in my first contract an education clause,” he said. “If things don’t work, out the team is responsible for four years of tuition and books.”

Paek made history as the first South Korea-born player in the NHL when the defenseman debuted against the New York Islanders at Nassau Coliseum on Oct. 13, 1990.

“I was a ninth-round pick (No. 170 in the 1985 NHL Draft), you don’t have nine rounds in the draft anymore,” he said. “So it was a long hard road for me to get to where I was able to play in the NHL and to play with great players.”

Paek played on the Penguins’ 1991 and 1992 Stanley Cup championship teams and scored his first NHL goal in Pittsburgh’s 8-0 win at the Minnesota North Stars that clinched the Cup in Game 6 of the 1991 Final.

The jersey he wore that game hangs in the Hockey is for Everyone display at the Hockey Hall of Fame in Toronto. 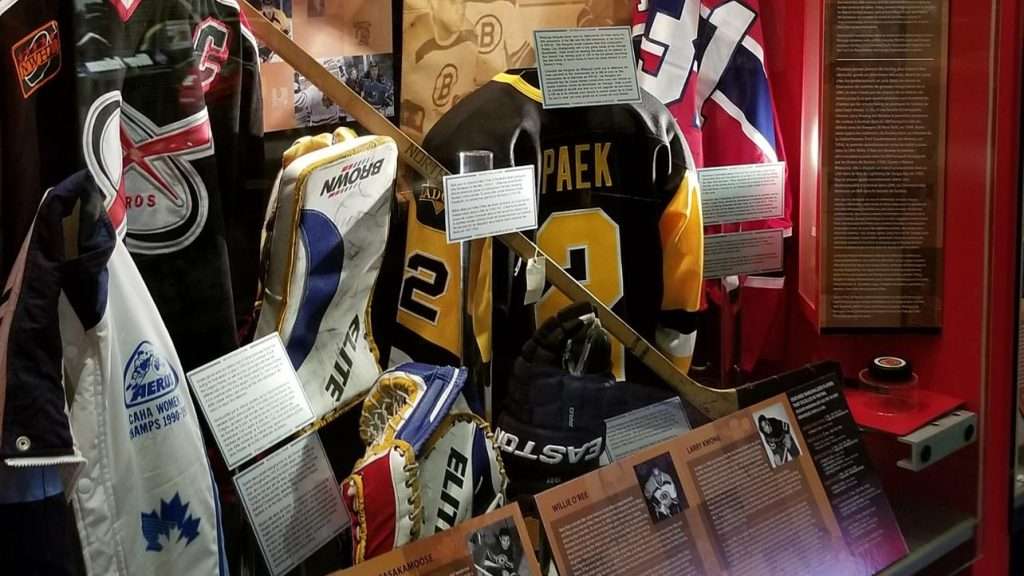 The 54-year-old continues to build his legacy as coach of South Korea’s men’s national team, which competed in the 2018 PyeongChang Olympics; it qualified for the first time under his tutelage.

“Jim Paek is a very, very impactful in terms of his presence and contribution to the game itself, not just in Korea but in general for the young kids,” said Alex Kim, a Korean-American former professional player who coaches the Anaheim Jr. Ducks 16 AAA program. He’s also a trainer who has worked with Dallas Stars forward Jason Robertson and his younger brother, Toronto Maple Leafs forward prospect Nicholas Robertson; each is Filipino-American. “He was a role model for me as a player and now as a coach. He’s a torch-bearer, if you will.”

Paek said he didn’t think about the significance of his accomplishments early in his NHL career; he was too busy in the moment playing. But he came to recognize his impact when members of the Korean community began telling him he was an inspiration.

Paek was born in Seoul, South Korea, on April 7, 1967, and his family moved to Canada about a year later. His parents, Bong-hyeon and Kyu Hui Paek, maintained their Korean heritage, speaking the language at home to their four children and serving dishes of their homeland.

The family also quickly embraced the ways of their new country. For Paek and his older brother, Phil, that meant playing hockey.

“If you wanted friends, it you wanted something to do, you’re playing hockey,” said Paek, who scored 34 points (five goals, 29 assists) in 217 NHL games for the Penguins, Los Angeles Kings and Ottawa Senators from 1990-95. “Saturday night was family night around the TV watching ‘Hockey Night in Canada.’ Hockey was a lifestyle and if you didn’t embrace that you’d be alone.” 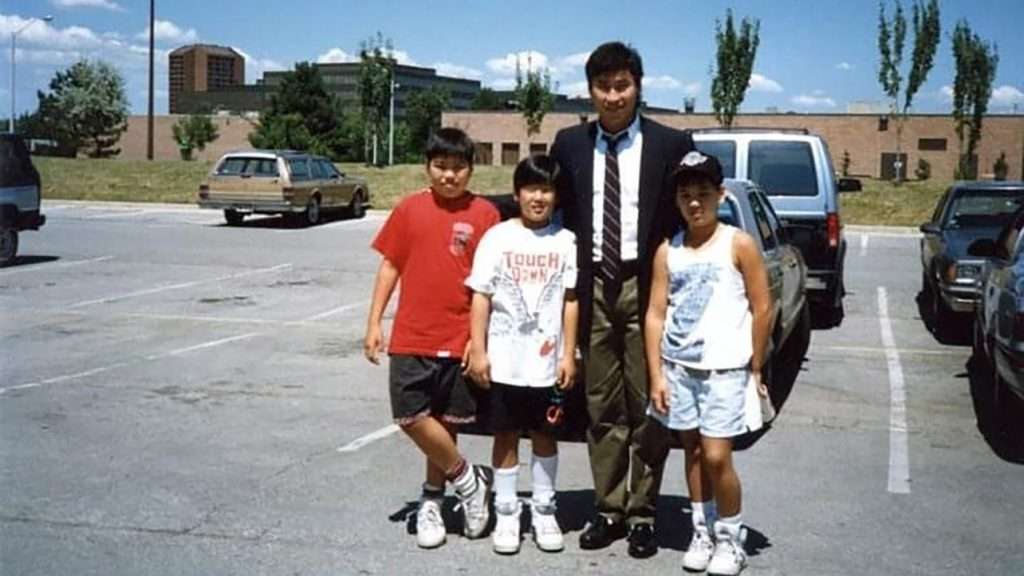 Paek rose through the Toronto youth hockey system but didn’t dream about becoming an NHL player until he was drafted by Oshawa of the Ontario Hockey League.

“I’m thinking, ‘I might make it, I might make the ultimate goal here,'” he said. “So you push harder, you focus more, become uncomfortable more and get better every day.”

He found himself in new territory when the Penguins called his name in the 1985 draft. No one in his family had ever pursued an athletic career.

“My parents thought education was important,” he said. “I have an older sister who’s a doctor, brother who’s in pharmaceuticals, my younger sister is a lawyer. This was an opportunity to try something different and try to become a professional athlete. I convinced my parents, I convinced my family and they supported me 100 percent.”

Paek played three seasons for Muskegon of the International Hockey League before he made the Penguins roster out of training camp in 1990.

“He earned it,” said Phil Bourque, a Penguins radio color analyst and former teammate. “You can’t think of one thing and say, ‘Wow, Jimmy Paek is really good at this.’ He was just so steady and a great teammate who added some value to the chemistry of our team. … He wanted to win, he wanted to succeed so badly that he became a very important piece to our puzzle.”

Pittsburgh sent him to the Canada national team to get him ice time and recalled him as a “black ace,” a depth and practice player, on the Stanley Cup Playoffs roster.

“I’m skating around as a ‘black ace,’ a ninth defenseman and (coach) Bob Johnson comes up to me and says, ‘Keep smilin’, Jim, keep working hard, you never know what’s going to happen.'”

Johnson proved prescient. Three Penguins defensemen — including Coffey — were injured and Paek was thrust into action in the Patrick Division Final against the Washington Capitals.

“Johnson’s words were great advice and it sure paid off,” Paek said. “I played in the (Stanley Cup) Final and I got a goal. You couldn’t write that story any better.” 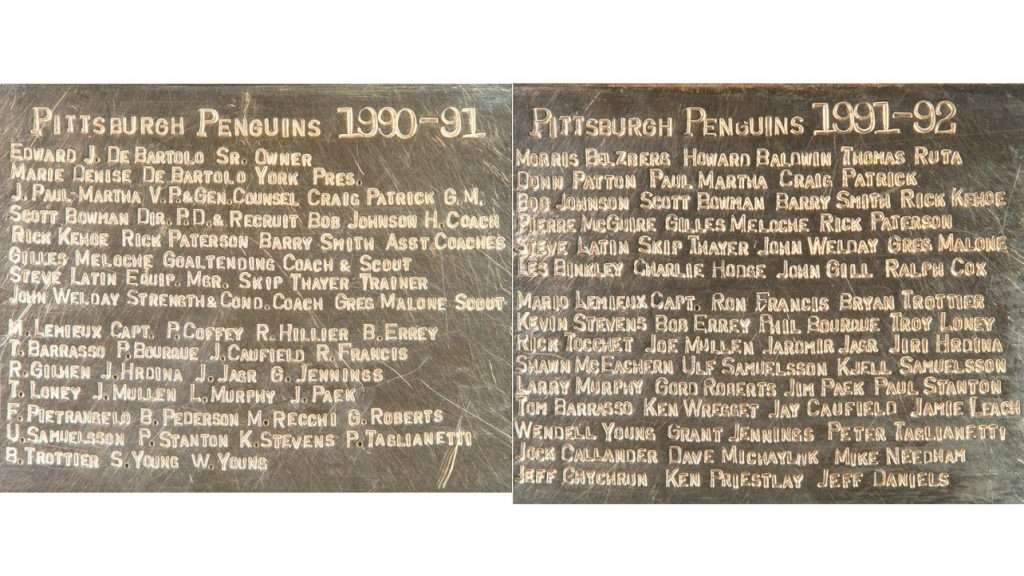 Paek is name is engraved on the cup twice.

Paek won the Cup again with the Penguins in 1992, this time with four assists in 19 playoff games.

For the next chapter, he hopes to get his men’s national team into the 2022 Beijing Olympics. They are scheduled to play in a qualifying tournament Aug. 26-29.

Paek’s longer-range goal is returning to North America to coach in the NHL. He was an assistant for Grand Rapids, the Detroit Red Wings American Hockey League affiliate, for nine seasons before joining the South Korea program in 2014.

“As a coach, I want to coach at the highest level,” he said. “Hopefully, one day a general manager will give me an opportunity to coach a team in the NHL.”