Anger and bewilderment over Swedish ‘fiasco’ 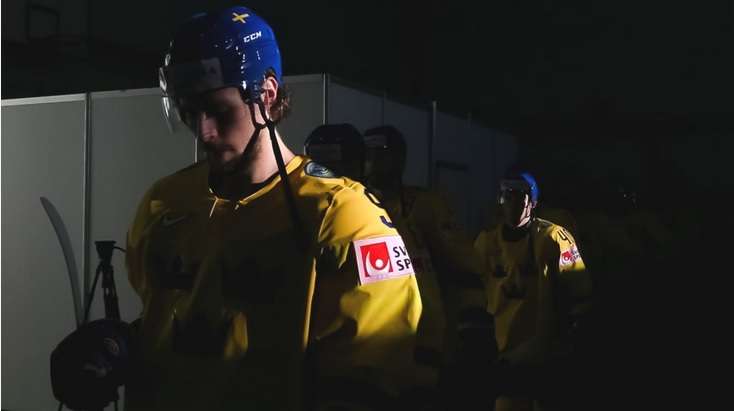 The anger comes after a historical failure from the Tre Kronor. Since 1992, when the IIHF introduced a knock-out round to the World Championship, Sweden has always been a part of it. History shows that we have to go way back to 1937 for the last time the country failed to crack the top eight at the Worlds.

Typically, Sweden is expected to be among the medals. Back in 1928 there was Olympic silver, and a first stand-alone World Championship medal came in 1947 with another silver in Czechoslovakia. The 1953 tournament brought Sweden the first of 11 golds. With 17 silver and 16 bronze, the Swedes arrived in Riga with 47 medals from 69 previous appearances at the Worlds.

There was little apparent cause for concern when the roster was announced. Sure, there were only five NHLers, but in a year when all nations were restricted in their choices due to the pandemic Sweden was not alone in looking beyond its biggest names. OK, injury robbed the team of Carl Klingberg after just two games and defenceman Nils Lundqvist also had to drop out of the team after an encouraging start to the championship, but this was a roster that left a vacant spot among the forwards until the bitter end, which hardly suggests an urgent desire to replace those absentees.

The campaign unravelled on the first weekend. If a 4-3 loss to Denmark – the first time Sweden had lost to its rival across the Oresund in World Championship play – was an unwelcome surprise, the follow-up 1-0 reverse against newly-promoted Belarus hinted at a bigger problem. Several teams were struggling for results – the Czech Republic, a Group A rival, also went 0-for-2 – but dropping two games to rank outsiders left Johan Garpenlov and his team with little room to manoeuvre.

Briefly, all seemed well when a 7-0 thrashing destroyed Switzerland’s unbeaten start to proceedings, but a third-period implosion against the Czechs saw a 2-0 lead melt into a 4-2 loss and Sweden needed snookers. Playing catch-up, the Tre Kronor defeated Britain and Slovakia but the ROC proved one game too far and a shootout loss eliminated the team.

There were problems at both ends of the ice. The offence packed an intermittent punch – see that seven-goal show against the Swiss – but too often struggled to put pucks in the net. The team ranked just 10th for scoring efficiency, placed between Britain and Latvia. That isn’t always a disaster – Finland is currently ranked even lower and could top Group B – but the Swedish defence developed a habit of coming unstuck at key moments. The PK failed against the Czechs, opening a road back into both the game and the tournament for Filip Pesan’s team. Then, in the key battle with the Russians, two goals in 12 seconds flipped the game upside down and what could have been a vital victory turned into a crushing loss.

Head coach Garpenlov, in his first World Championship campaign, took it on the chin. “It’s a big failure for me as a coach and a big failure for us as a hockey nation,” he said after the loss on Monday. “We’re not happy with the result, but it is what it is.”

Now he is braced for a backlash as the team returns home sooner than planned. “That’s the way it works in this business,” he added. “If you don’t have the results they are gonna go after you and after the federation. For me it’s been a tough World Championship but I learned a lot. It’s been a tough year with corona, that’s been challenging not just for our team but for every team here. It’s been a different year. But then again I know people back in Sweden are not very happy.”

Garpenlov added that he felt bad for his players, and they were feeling sorry for themselves after the game as well. Victor Olofsson, whose tying goal in the third period against ROC provided a glimmer of hope – or prolonged the agony, depending on your point of view – summed it up.

“We didn’t make it to the quarter-final,” he said. “Coming into this tournament we had a goal to go all the way and win it and I think we had a team that could definitely do it. But we’re sitting here now and didn’t even make the playoffs, so it’s a huge failure for us.”

Garpenlov and Olofsson both blamed Sweden’s problems on its poor start to the competition, and team captain Henrik Tommernes agreed, dismissing suggestions that this year’s unusual circumstances played a part.

“It’s the same for every team in this bubble,” he said. “It’s definitely different but on the other hand we had 20 guys playing their first championship, so we didn’t know what to expect.

“In the end its just hockey on the ice and those first two games kinda destroyed the whole tournament for us.”

The Swedish media has not taken kindly to the team’s performance, with journalists quick to call for Garpenlov’s resignation.

Anger and disappointment are clear in comments from Swedish hockey legends.

“I have no comment on whether this is a fiasco or not,” said Hall-of-Famer Kent Nilsson. “They didn’t play well in the first two games.

“But it’s clear that Sweden should progress in a tournament when there are eight teams in the group. Of course they should.”

Bengt-Ake Gustafsson, who coached Sweden to its unique World and Olympic double gold in 2006 by winning the Worlds here in Riga, warned that the team could expect a rough reception when it returns home.

“They are going to have to bite on a sour apple,” he told Sportexpressen. “There will be pressure from media, and even from family and friends. People wonder what on Earth they were doing, how they got beaten by Denmark when it never happened before. Of course it will be a difficult situation.”

And he was unequivocal when asked what needed to change for next year.

“Everything,” Gustafsson added. “We really need to get to grips with this and move forward again.”

However, other voices – such as Aftonbladet’s Mats Wennerholm – called for a more cautious response. Wennerholm argued that Sweden’s World Championship successes owed more to the availability of NHL players – the Sedins in 2013, Hedman, Backstrom and Nylander in Cologne, or the Zibanejad-Rackell-Janmark line a year later in Copenhagen – than to the head coach. And he credited Garpenlov, during his time as assistant to Rikard Gronberg, with helping to rebuild the relationship between Tre Kronor and its Trans-Atlantic talent.

Hockey in the pre-war era was a different game. The 1937 championship was played in London, England, home of a GB team that was defending Olympic and World champion. The USSR had yet to take up the game. Canada picked up its ninth World Championship, going unbeaten through the tournament. Britain was second, losing 3-0 to Canada in the final group stage. Switzerland won bronze, pushing Germany out of the medals.

Sweden played three games in the initial group stage, losing all of them and scoring just one goal. After an opening 3-0 loss to Poland, the Swedes took a first-period lead against France but lost 2-1. The final game was a 9-0 thrashing from Canada, condemning Sweden to last place in Group B and immediate elimination, without even a place in the classification round. The Swedes joined Norway and Romania in a tie for ninth place and has never since dropped so low – until now.