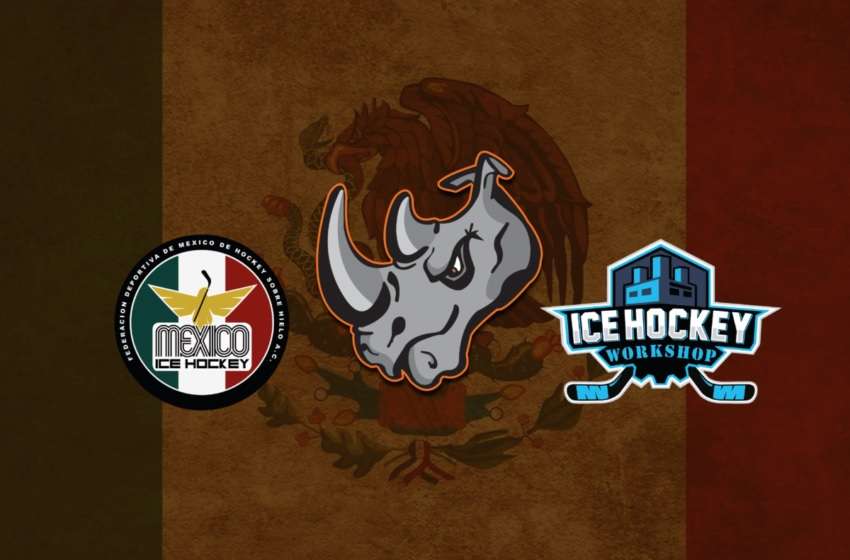 Officials with El Paso’s championship winning hockey franchise – the Rhinos – announced this week that the club will expand their partnership with Mexico’s national hockey organization as well as the Ice Hockey Workshop Group of Mexico.

Since 2019, the El Paso Hockey Association and the Rhinos have worked with the Mexican Ice Hockey Federation.

After months of discussion and planning between Rhino General Manager Corey Heon and the Technical Director of the Mexican Ice Hockey Federation, Diego de la Garma, the U18 Mexican National team traveled to El Paso to play an exhibition game against the Rhinos in 2019.

The series was so successful and well received by both the El Paso and Mexican hockey communities that Heon and de la Garma decided it would be mutually beneficial to broaden the scope of the organizations’ relationship.

Now, not only will the Rhinos work with the Mexican Hockey Federation, they will also collaborate with Ice Hockey Workshop (IHW), an ice hockey development program based in Mexico City.

“We are super excited to expand our working relationship with the de la Garmas, Ice Hockey Workshop and the Mexican Ice Hockey Federation. Our goal is to help further develop hockey in Latin America and help top players get to the next level. By working together, we create unique opportunities for our youth on both sides of the border. The future is bright,” Heon said.

“It’s a huge honor for us to be able to work with such a successful organization. It will really help our top players to take the next step and eventually develop Mexican hockey at the next level while promoting hockey within the Latin American community all over the United States,” de la Garma explained.

To the excitement of both hockey communities, the bridge between Mexico and El Paso hockey is already being crossed. Last month, the Rhinos’ NA3HL team announced they had tendered Said Ayala, a member of the U18 and U20 Mexican National teams as well as the Bufalos Metepec Club team.

Just two weeks ago, five Mexican Ice Hockey Federation players suited up for Rhino teams at the NAHL Mega Camp in Blaine, MN. Additionally, there is currently a former Lady Rhino in Mexico City vying for a spot on the Women’s Mexican National Team.