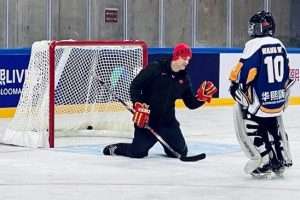 Known as ‘the hockey guy’, the Canadian is lending his expertise in helping China import culture in a bid to grow winter sports.

With less than 250 days, China is nearing the final stages of preparation for the 2022 Winter Olympics in Beijing. A number of international coaches, executives, builders and planners have been brought in to help the government pull off its second edition, after a successful 2008 Summer Olympics.

Expatriates have long been a staple in key sectors in Beijing and Shanghai, mainly in finance and tech. Now China is importing knowledge and experience in sports, winter ones specifically.

Multiple data points suggest there are close to a million foreigners working in China, many of them brought in specifically for their professional skill sets. After two years of vetting, including interviews, background checks and loads of paperwork, Canadian Clint Hazen became one of them, and said his 18 months in China have been an interesting and expansive experience.

“Some steps took weeks, even months, so it was exciting as everything came together,” said Hazen, who touched down in Beijing in September of 2019, and started working as a performance coach for the Chinese Olympic Committee. 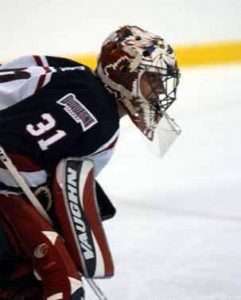 Clint Hazen has grown up surrounded by ice hockey his entire life in Canada, and now hopes to help bring some of that culture to China

Hazen, who has a master’s degree in sports medicine, health and rehabilitation sciences from the University of Pittsburgh, is your typical Canadian. He’s been playing hockey his whole life, as a goalie, and this was exactly what China was looking for when they hired him, said Hazen.

“At first it seemed almost too good to be true and a few friends asked, ‘Are you sure this is for real?’” said Hazen, who played college hockey for Duquesne University in the US.

“China is serious about foreign expats and earning a position alone is a real accomplishment,” he said.

The first day after touching down from Vancouver, a friend invited him to the Renaissance Cup, an ice hockey tournament in Beijing.

Washington Capitals superstar Alexander Ovechkin was on hand for the ceremonial puck drop, and old hockey buddies were lacing up their skates to play in the tournament.

“My first 24 hours in Beijing and I was a few stick lengths away from Ovechkin, watching my friends play in China. It was definitely a surprise.”

Then Hazen was off to a training base north of Beijing to help with the women’s ice hockey development team, and then he joined the men’s national team for a trip to the Czech Republic where they played a number of games in preparation for the upcoming Games.

Hazen said China, who will have a men’s and women’s team compete at the Olympics, are serious about cultivating a home-grown culture, and have pinpointed Canada to help them achieve this goal.

“China has said it wants 300 million participants in winter sports by 2022, and ice hockey is and has always been one of the most popular winter sports when it comes to the Olympics,” he said.

“The Chinese recognize ice hockey is Canada’s game and want to learn more about Canadian ice hockey culture. Ice hockey is ingrained in our national history and tradition, and hockey forms communities across Canada. We live, eat and breathe it as a national pastime.” 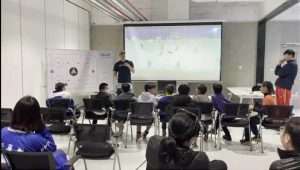 Hazen said there are challenges ahead for China but hundreds of ice rinks have been built over the past decade and Beijing 2022 could be a watershed moment for the sport.

“The goal is to increase competition levels both domestically and abroad. And we are working at creating more opportunities for kids to play by forming school, university and professional leagues around the country. The sport is definitely growing exponentially right now.”

Hazen now works as a goalie coach and fitness technology counselor for Bloomage International, a private company that has the exclusive rights to host the NHL China Games. Cadillac Arena, which it built and owns, will play host to the ice hockey competition at the 2022 Winter Olympics, which will kick off February 4th 2022.

“Since starting at Bloomage I have become known as ‘the hockey guy’,” he said with a chuckle, “and have been asked to offer experience on all aspects of ice hockey operations. From training systems to practice plans, hiring coaches and organizing the minor hockey association.

“I’m hoping I can help pass them some of the knowledge I got while growing up in Canada and playing hockey since I was a little kid.”

Hazen said he is loving life in China and thinks ice hockey is well on its way in the country.

“Ice hockey has a long history in China actually, especially in the northeast provinces where they have long, cold winters. This is obviously quite similar to most of Canada when it comes to climate, so they definitely have a good foundation in place and all the right ingredients to become a hockey-loving nation.”