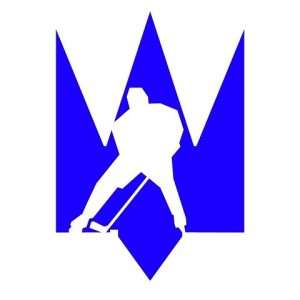 The Hockey Federation of Ukraine presented a new program for the development of hockey in Ukraine until 2033 as part of an official presentation in Kyiv.

The new strategy is designed for 12 years old and up, the time during which a young sports fan grows into a professional hockey player. One of the ambitious tasks of the public organization is to represent the national team of Ukraine at the Winter Olympic Games in 2034, and for this it is necessary to prepare a powerful team that will be capable of fighting in 2033.

“Children dream of playing ice hockey. You understand that in 2034 today’s children will play. It seems so far away, but in reality it is our immediate future. Our task is to ignite, to capture the imagination and of course, to develop a new method of training athletes. That get higher results “ , – the president of the Federation Georgi Zubko emphasized.

The Federation team has already done a tremendous job of researching the best models for hockey development in the world – from the US to Slovakia, enlisting the support of experts from Sweden, Finland and Canada and finding world-renowned partners who are ready to make every effort to develop hockey in Ukraine.

The Federation plans to implement a state program to develop hockey infrastructure in Ukraine, which is already being considered by President  Volodymyr Zelensky  to increase the number of professional clubs from 8 to at least 16, improve the skills of Ukrainian coaches, support amateur hockey and create a hockey fan family for the Ukraine.

A new information campaign of the Federation “Hockey starts with« “will start on August 20. Its goal is to light a fire in the hearts of hockey fans and make new fans fall in love with the fastest team sport in the world.

So far, fans have been presented with an updated logo of the Federation – a trident with the silhouette of a hockey player. It should be an impetus for in-depth collaboration with new marketing partners and sponsors in the future. The plan is to actively work on further updating the identity of the public organization to make it modern and easy to remember and associate with hockey.