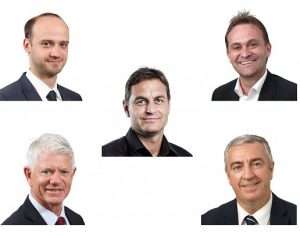 By Patrick Burke – Inside The Games

Henrik Bach Nielsen has advanced his election bid for the International Ice Hockey Federation (IIHF) Presidency, releasing his top five priorities for his first year should he be successful.

The current President of the Danish Ice Hockey Union since 2007 and IIHF Council member since 2012 released his ‘1st Line’, and is hoping for the sport to expand globally and grow in more countries.

The first of his top priorities is to focus on regional development in Asia and the Balkans through committees, with a view to adopting a similar approach elsewhere in the future.

Bach Nielsen also aims to increase revenue streams with an added digital emphasis to increase prize money for the IIHF’s biggest events, and enable the six leading nations in Canada, Czech Republic, Finland, Russia, Sweden and the United States to serve as ‘super mentors’, supported by the IIHF, to assist the development of other member national associations (MNA).

He also hopes to increase investment in women’s ice hockey and female representation in leadership roles, and invest in new technologies and partnerships to reduce the sport’s energy consumption.

The Presidential candidate said of his 1st Line: “I see the opportunity to make international ice hockey truly global and I have an ambitious plan to get us there.

“With innovative ideas, fresh energy, and new leadership, we will take the IIHF beyond what we ever believed possible.”

The Dane has been endorsed by Hans Natorp, the President of the Danish National Olympic Committee, Nikolaj Ehlers, a player of the Winnipeg Jets, and the women’s national team captain Josefine Jakobsen.

Denmark hosted the men’s Ice Hockey World Championship for the first time in 2018, and will do so again jointly with Sweden in 2025.

All five candidates are currently members of the IIHF Council.

Incumbent President René Fasel, who was first elected in 1994 and is also a member of the International Olympic Committee (IOC), is not standing for re-election this September – a year later than originally planned because of the COVID-19 pandemic.

Elections are set to take place at the IIHF Semi-Annual Congress on September 25 in the Russian city of Saint Petersburg.

Other positions on the 14-member IIHF Council are up for election as well, including the senior vice-president and three regional vice-president roles.

The Congress will also elect two auditors, the Disciplinary Board, Appeal Board and Ethics Board.