The final three Olympic spots for men’s ice hockey at Beijing 2022 will go to Latvia, Denmark and Slovakia 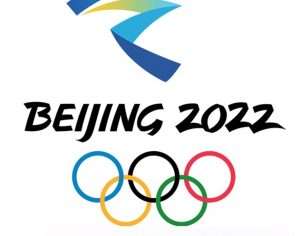 Ondrej Nepela Arena in Bratislava played host to a ferocious match between Slovakia and Belarus that ended 2-1 for Slovakia. This secured Slovakia’s place in the men’s ice hockey competition in Beijing 2022.

Slovenia and Belarus entered the final period level after goals from Peter Cehlarik (SVK) and Yegor Sharangovich (BLR), both teams were well aware that a draw after regulation time would see Slovenia progress as group winners on 7 points, but Libor Hudacek’s goal late in the third period gave Slovakia a 2-1 victory and a trip to Bejing.

The Slovaks are once again headed to the @Olympics! They are the final team to join the elite 12 nations that will compete in #Beijing2022 after winning the Final Olympic Qualification Group D on home ice in Bratislava. Congratulations @HockeySlovakia! pic.twitter.com/RZ5CvGie5t

Denmark, Latvia, and Slovakia have won their respective Olympic qualifying tournaments and will participate in the men’s ice hockey competition at the Olympic Winter Games in Beijing in 2022.

All three nations finished in the top two in their respective IIHF qualification groups, adding to the already strong 12-team field at Beijing 2022, which also features top-8 teams and hosts China.

Having won both of their Group E games on home ice against Italy 6-0 and Hungary 9-0, Latvia entered the final game with a perfect record.

On the final day of their group, the Latvia played undefeated France, which was hoping to qualify for the Olympics for the first time since Salt Lake City in 2002.

At the 11-minute mark in the first period, Latvia strike  first when  Rihards Bukarts scored the first goal of the game.

Miks Indrasis notched Latvia’s the game winning goal in the third period. However, Stephane da Costa’s long-range effort brought France back into the contest for a frantic finish.

The Latvian penalty kill was strong for the last two minutes of the game as they hung on for a 2-1 win and a birth to the Winter Olympics, Beijing 2022.

A 2-0 win over Norway in Oslo gave Denmark its first appearance at the Olympic games has they topped Group F.

Both teams had undefeated records after beating Slovenia and the South Korea, goals from Frederik Storm and Nikolaj Ehlers booked Denmark’s passage to Beijing, they defeated their arch-rivals 2-0.

Winnipeg Jets forward Ehlers sealed victory for the Danes with just over Three minutes remaining, forcing Norway to pull their goaltender Adding another attacker to try and score a goal that did not materialize.